Personalized Da`wah is not only practiced through the methods mentioned before, but also through the image the da`iah portrays about his/her beliefs, values, virtues, and convictions. By being a good example and through thoughtful interactions with non-Muslims, the Muslim can teach them a lot of things about Islam without speaking a word. He can also inspire them to seek out information about Islam. 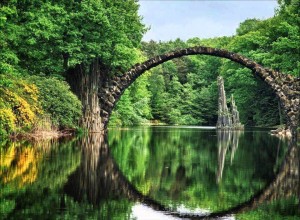 Every Muslim’s life should be a practical application of his/her faith.

Indeed, the personal example by word and action is the most powerful method for a successful da`wah.

Indeed, every practicing Muslim, a man or a woman, is a da’iah by nature. His/her life should be a practical application of his/her faith. In fact, the Da’wah and faith nurture each other. As strong faith is vital for da`wah, da`wah is also essential for the survival of one’s faith.

Through history, da`wah by example was the most effective way of attracting people to Islam; people saw Muslims as promoters of justice, equality, peace, and tolerance for the benefits of all mankind.

1- The da`iah ‘s life should be a practical invitation to people to see the beauty and virtues of Islam. So that when people deal with him/her they would feel the positive impact Islam makes on one’s life.

In fact, it is the duty of every Muslim, male or female, young or old, to be a good model of Islam among the people. In other words, when people deal with a Muslim person they find him/her helpful, kind, polite, caring, respectful, supportive, truthful, trustworthy, honest, responsible, reliable, and sincere.

2- Therefore, the successful da`iah should use his common sense to grow closer to people and influence them. He/she should be wise and pay attention to people’s concerns, and make use of current events, situations, and occasions to introduce Islam to people in a casual, natural, and informal ways.

3- In order to be a good example, the caller needs to exercise a great deal of patience and self-control to keep himself close to people, tolerate their errors, and to keep his responses and reactions within the limits of Islam.

4- One should also be very careful not to give any impression of being better or superior to others, because this is against the nature, spirit and methodology of Da’wah; and it may turn people away from Islam.

The personalized or person to person da`wah plays the basic role in the success of propagating the message of Islam.

The output of this kind of da`wah depends to a large extent on the da`iah’s education, qualifications, wisdom, skills, patience and endurance, preparedness to respond whenever da`wah opportunity comes, how much he/she is organized, how he/she sets his/her priorities, and how he/she deals with the challenges and the problems.

To guarantee the success and survival of person to person da`wah, there have to be some sort of supervision and guidance to keep the da`iah always determined, encouraged, devoted, and active. Because, as it is expected, problems and difficulties will arise; and they have to be handled in proper manners in order to achieve the desirable results.

In fact, lack of supervision and management is one of the biggest challenges, this kind of da`wah is facing.

Here are some observations that shed light on the nature of these problems and difficulties:

1- The unprofessional, da`iah who is practicing Islam, yet lacking adequate training as well as communication skills.

2- The outdated, conservative da`iah who is unaware of contemporary issues and modern life challenges, although he/she may have good religious education.

4- The impatient da`iah who thinks that his/her Da’wah is going slowly, and ineffective.

5- The so called modern da`iah who compromises Islam to fit into modern life style.

6- The disorganized da`iah who wastes his/her time and efforts in useless or unimportant activists.

7- The part-time da’iah whose commitment and response to da`wah opportunities is inadequate.

9- Lack of support from spouse, family, friends, or Muslim communities in general.

11- The unavailability of follow up programs to guide and moderate the da`iah’s work.

The article is excerpted from the author’s A Guide to Giving Da’wah To Non-Muslims”, published by Islam Presentation Committee (IPC), Kuwait, give the date of publication.