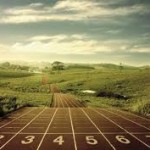 Following the method and approach of the Prophet also involves following his example.

When some of the Sahabah (Companions) argued in the presence of the Prophet (peace be upon him) and raised their voices, Allah revealed:

O you who believe! Do not put (yourselves) forward before Allah and His Messenger, and fear Allah. Verily! Allah is All-Hearing, All-Knowing. O you who believe! Raise not your voices above the voice of the Prophet, nor speak aloud to him in talk as you speak aloud to one another, lest your deeds may be rendered fruitless while you perceive not. (Al-Hujurat 49:1-2)

When the caravan came at the time of the Friday Khutbah (Sermon), and some of the people left the khutbah and dispersed to engage in trade, Allah revealed the words:

And when they see some merchandise or some amusement, they disperse headlong to it, and leave you (Muhammad) standing (while delivering the Friday Sermon). Say That which Allah has is better than any amusement or merchandise! And Allah is the Best of Providers.’(Al-Jumu`ah 62:11)

These and many other examples indicate the importance of correcting mistakes and not keeping quiet about them.

The Prophet (peace be upon him) was guided by the light of his Lord in following the principle of denouncing evil and correcting mistakes with no compromise.

From this and other reports the scholars (may Allah have mercy on them) derived the principle: “it is not permitted for the Prophet to delay speaking up and explaining mistakes from its appropriate time.”

Understanding the Prophet’s methodology in dealing with the mistakes of the people he met is of great importance, because the Prophet (peace be upon him) was guided by his Lord, and his words and deeds were supported by revelation, and confirmed or corrected as needed.

His methods are wiser and more efficacious, and using his approach is the best way to get people to respond positively. If the one who is in a position to guide and teach others adopts these methods and this approach, his efforts will be successful.

Following the method and approach of the Prophet also involves following his example, for he is the best example for us, and this will lead us to a great reward from Allah, if our intention is sincere.

Knowing the methods of the Prophet exposes the failure of the man-made methodology – which is followed everywhere on this earth – and proves to the followers of that methodology that it is a failure. Much of it is clearly a deviation that is based on corrupt theories such as absolute freedom, or it is derived from false heritages such a blind imitation of one’s fathers and forefathers.

We must point out that the practical application of this methodology in real life relies heavily on ijtihad (studying the situation and attempting to determine the best approach) to a great extent. This involves selecting the best methods for a particular situation.

Whoever understands people’s nature will be able to notice similarities between real life situations and situations described in the texts, so he will be able to choose the most appropriate method from among the methods of the Prophet (peace be upon him).

This is a motivation to study the methods of the Prophet in dealing with mistakes made by people of different levels and backgrounds, among those who lived with him and with whom he interacted.

The article is an excerpt from the author’s The Prophet’s Methods for Correcting People’s Mistakes.