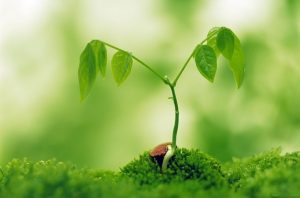 Learn how to approach people with the Message of truth and peace.

Ahmed was returning to his desk after lunch when he noticed one of his co-workers, Bob Smith, staring blankly at his pencil sharpener. The tension and worry were clearly visible in his face and he had not been very courteous to people for several days.

Ahmed, heeding the advice of the Prophet Muhammad (peace be upon him), felt concern for the man and wandered over to his desk.

“How are you doing today Bob?”

“Well, once he explained to some of his companions what life is really all about. He said, ‘The true success is one who surrenders his will to God, is provided with enough to live on and is made content by God for what He has given him.’”

You can see where the conversation will be going now. Let’s analyze what we have done: We asked personal, reflective questions and made the person receptive to us. We’ve learned certain things about this person by his answers, such as, he is really proud of his life so far but seems to be struggling to remain thankful for what he has.

We have sparked his curiosity about Islam by strategically looking for an opening in his world-view where Islam could be introduced. And above all, we didn’t start right off with “religious talk.”

That is something that must be eased or flowed into. Remember that. Also, avoid the use of Arabic terms during initial contacts. Most people are completely unfamiliar with the structure, sounds and terminology of the language.