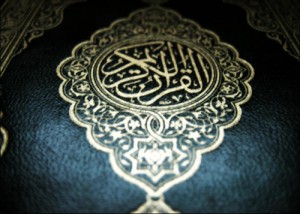 The core belief of both Judaism and Islam is the absolute unity of God.

Introduction
“As to Islam itself, intolerance is woven into its very fabric….The Qur’an’s strong message is that Allah loves Muslims and hates everyone else. If you don’t believe this, just read the Qur’an.”(1)

The history of Muslim-Jewish relations will be explored, including examination of the social, political and religious dynamics in Medina which circumscribed Muslim-Jewish relations when Prophet Muhammad (peace be upon him) and his followers migrated there from Mecca in 622 c.e. In particular, this series will probe criticisms of Jews found in secular commentaries in the Qur’an pertaining to three wars that occurred in the 7th century between Medina’s Muslim, Arab and Jewish tribes.

The core belief of both Judaism and Islam is the absolute unity of God, which Muslims acknowledge in their five daily prayers, and Jews observe in prayer three times daily.

And dispute ye not with the People of the Book [i.e. Jews, Christians, and Muslims] except in the best way, unless it be with those of them who do wrong; But say, ‘We believe in the Revelation which has come down to us [the Qur’an] and in that which came down to you [the Torah and the Gospels]; Our God and your God is One; and it is to Him we submit.’ (Al-`Ankabut 29:46)

Prophet Abraham is the preeminent religious figure for Muslims, second only to Prophet Muhammad. In Islam, Abraham is recognized as a prophet, patriarch, messenger, rebuilder of the Ka`bah, and archetype of the perfect Muslim. The Qur’an mentions Abraham by name at least 66 times. Perhaps, the clearest example of the reverence and respect that Muslims hold for Abraham is reflected in their daily prayers. Referring to Abraham and the People of the Book, Muslims entreat God to:

During their obligatory pilgrimage to Mecca, known as Hajj,, Muslims commemorate Abraham’s two supreme sacrifices made at the behest of God: that of leaving his wife Hager and infant son Ishmael in the desert, and his willingness to sacrifice his only son. Although Jews and Christians differ with Muslims on the identity of the son to be sacrificed, the Scriptures of the three faiths share the same allegory, and interpret its meaning similarly. Muslims acknowledge Abraham and Hager’s unwavering faith and obedience to God through ritual acts of devotion during the Hajj pilgrimage to Mecca, which is a pillar of Islam.

Moses (peace be upon him) is the most important prophet of Judaism, and is revered as a prophet and messenger in Islam. Moses is mentioned in the Qur’an 149 times by name, and his life is narrated and recounted more than that any other prophet. The Qur’an corroborates several Jewish historical events, including the parting of the Red Sea to allow safe passage for Moses and his followers, Moses speaking with God and leading the Jews out of Sinai, and others.(2)

One of the clearest correlations between Jews and Muslims is their common belief that both Moses and Muhammad (peace be upon them all) received Divine revelations containing the teachings of God’s message. Muslims believe that God sent the Jewish people Scriptures containing the Divine teachings through their Prophets, and that the Muslims received the Qur’anic Scriptures in the same way through Prophet Muhammad (peace be upon him).

It was We who revealed the Torah [to Moses]: therein was guidance and light. By its standard have been judged the Jews, by the prophets who bowed [as in Islam] to Allah’s will, by the rabbis and the doctors of law: for to them was entrusted the protection of Allah’s Book and they were witnesses thereto: therefore fear not men, but fear me, and sell not my signs for a miserable price. If any do fail to judge by what Allah hath revealed, they are [no better than] Unbelievers. (Al-Ma’idah 5:44)

There are several references in the Qur’an to “Allah’s Book”, the Umm al-Kitab or “Mother of Books”, which is safeguarded in Heaven, according to the Qur’an. Read for example Al-Zukhruf 43:4. The Umm al-Kitab is believed to be the original source of God’s guidance from which the Torah, the Gospels, and the Qur’an were drawn.(3)

Allah! There is no god but He, the Living, the Self-Subsisting, the All-Sustaining. It is He who has sent down to you (step by step) the Book containing the Truth, and confirming what went before it; And He sent down the Torah [of Moses] and the Gospel [of Jesus] before this; as a guide to mankind, He sent down the Criterion [the Qur’an]. Surely, those who deny the Signs of Allah shall suffer the severe chastisement. And Allah is exalted in Might, the Possessor of the power to requite(Aal `Imran 3:2-4)

The Qur’an also affirms that God’s message has been sent to all of mankind through the Prophets.

To every nation We sent a Messenger who told its people, ‘Worship God and stay away from satan [evil; false idols].’ Some of them were guided by God, and others were doomed to go astray. Travel through the land and see how terrible was the end for those who rejected the truth! (An-Nahl 16-36)

The Qur’an reveres all of the Jewish prophets, including Abraham, Isaac, Moses, Aaron, and Jesus (peace be upon him). While Muslims believe that God sent a large number of “messengers” (i.e. prophets), only about two dozen are named in the Qur’an. When joined with those prophets named in the Bible, approximately 50 prophets are identified by name, while a large number remain anonymous. The Qur’an affirms that all prophets were extraordinary people selected by God. We read what means: “And We chose them knowingly above the peoples of their time.” (Ad-Dukhan 44:32)

The Qur’an does not merely recognize the similarity of Islam and Judaism, but identifies Jews with Muslims. While the overarching common heritage of the Abrahamic faiths is affirmed repeatedly in the Qur’an, so too are the diverse communities of monotheistic “believers” who are referred to as People of the Book. In fact, the Qur’an mentions “People of the Book” more than 700 times.

The Qur’an speaks extensively about Bani Israil, the Children of Israel, and Chapter 17 in the Qur’an is titled, “Banu Israil.” Excluding references to individual prophets, there are approximately forty-three references to the Israelites in the Qur’an, while Jews are referred to 19 times.

The Qur’an recognizes that, according to their lineage, Jews are descendants of Prophet Abraham through his son Isaac and grandson Jacob (peace be upon them all). According to the Qur’an, Allah exalted the Jews over other nations of the earth:

O children of Israel! remember My favor which I bestowed upon you and that I exalted you above the peoples. (Al-Baqarah 2:47)

And remember when Moses said to his people, ‘O my people, call to mind Allah’s favor upon you when He appointed Prophets among you and made you kings, and gave you what He gave not to any other among the peoples. (Al-Ma’idah 5:20)

O children of Israel! remember My favor which I bestowed upon you, and fulfill your covenant with Me, I will fulfill My covenant with you, and Me alone should you fear. (Al-Baqarah 2:40)

Jerusalem is the holiest city for the Jews, and the third most sacred city in the Muslim world after Mecca and Medina. In fact, up until 624 c.e., the Prophet (peace be upon him) and his Muslim followers faced Jerusalem in prayer. However, in the second year of the Prophet’s residence in Medina, it was revealed(4) to Him that Muslims were to face in the direction of the Ka`bah when praying. Early historians report that, for the first two centuries of Islam, Muslims regularly read the Torah alongside the Qur’an.(5)

There are many common practices shared by the two faiths. For example, the traditional greetings used by Muslims and Jews throughout the world are identical. Shalom aleichem means “Peace be upon you”, and is derived from the Talmud, the Judaic text pertaining to law and ethics. The Islamic greeting, As-Salamu `Alaykum, also means “Peace be upon you.” According to the Qur’an, the requisite greeting is from Allah:

But when you enter the houses, greet one another with a greeting from Allah, blessed and good (say: As-salaamu `Alaykum). (An-Nur 24:61)

The two faiths also share practices of prayer, fasting and almsgiving, as well as dietary laws. Jews traditionally wash their hands and feet before prayer, which is equivalent to the Islamic practice of washing before prayer, termed wudu’. Allowed food is called Kosher in Judaism and Halal in Islam, and both religions prohibit the consumption of pork. Both Islam and traditional Judaism ban homosexuality, forbid sexual relations outside of marriage, and practice circumcision for males.

With such extensive references in the Qur’an to the principles of faith and common heritage of the monotheistic Abrahamic religions, the Torah, the People of the Book, and veneration of the Jewish Prophets, it is incomprehensible how the Qur’an could be interpreted to propound anti-Semitic theses, or that bigotry and persecution of Jewish believers could be construed as a tenet of Islamic faith.

2- A well-sourced paper by Dr. Aisha Musa, Assistant Professor of Islamic Studies at Florida International University, examines the numerous references to Moses and the Jewish prophets found in the Qur’an:

3- Salman Akhtar, Ed., The Crescent and the Couch: Cross-Currents Between Islam and Psychoanalysis, 2008, p 224.

This series of articles is published with kind permission from the author.