“All Muslims are not terrorists but all terrorists are Muslim.” Have you heard this saying before? 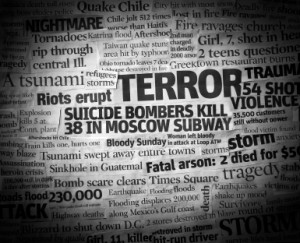 Media is the most important weapon today.

It’s very common in the media. We also know from the media that two different labels are given to the same individual for the same activity.

For example, more than sixty years back  there were many Indians who were fighting for the freedom of the country. Those people were called terrorists by the British government. But we, common Indians, call those people freedom fighters, patriots.

So, the same people, the same activity but two different levels!!

This is media and what media can do. Moreover, media is the most important weapon today.

This is media bias and history is full of many common forms of bias. And this is what happens today.

O you who believe! if an evil-doer comes to you with a report, look carefully into it, lest you harm a people in ignorance, then be sorry for what you have done. (Al-Hujurat 49:6)

Who Are the Terrorists?

So, where are the West and media today from this? How do you respond to someone who sees terrorism as an Islamic monopoly, as the synonym for ‘Holy War’?

If you happen to give a presentation about Islam and someone asks you this question, how are you going to answer him?

Learn about this in the video below as Dr. Zakir Naik provides clear-cut answer to all these questions…