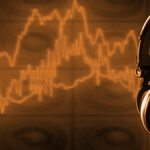 One of the most common questions I get asked in regards to Islamic recordings is: “How can I boost the volume of the Sheikh I recorded?”

About 99% of the time, the answer lies in the method by which one recorded the lecture in the first place, where one can make or break the quality of a recording from poor to outstanding.

Since Allah (Exalted be He) gave us an amazing sound reception system in our ears, we need to realize that just because we ourselves can hear the lecture properly from the farthest end of the room, doesn’t mean the microphone on your recorder can. You simply can’t compare microphones to the human ear, and that’s why it’s important to know the differences between different recording methods and which one is best for you.

On Table vs. on the Floor Methods

There are two common methods to record using recorders with internal microphones. One is placing the recorder near or close to the speaker, such as on a table at which they’re sitting, while the other is on the floor further away from the speaker, like during a khutbah where you may be a few rows back. We conducted a field test of the two methods to show the difference between the two, and also used three different types of recorders to display their audio quality.

We performed the tests in a typical masjid setting, first placing the recorder on the table, and then on the floor, with the three recorders were running simultaneously. They were on a table while the Arabic text of the hadith was read, and later brought down to the floor during the English portion.

Pay careful attention to how much background noise is picked up. See how it sounds when someone is coughing in the background, when papers are moving around, or people are walking around in the back. Try to turn up your speakers as much as possible and try to listen to all the sounds in the recording except the actual voice, and see the quality that comes in from each type of recorder.

The up-close table method is much more audible and clearer, while the floor method sounds more muffled and difficult to distinguish. It literally sounds as if one is closer and the other is further, and this serves to show how microphones work versus human ears.

Also, notice that while Samsung MP3 player gets the job done, it suffers from lots of white noise (background noise). The Olympus’ recording quality is evidently much better than that of the Samsung’s, although, with a little bit of white noise still audible. The Zoom takes the cake and records with the crispest, richest sound, whether on the table or on the floor, making the differences between the models very clear.

Nothing will beat having your speaker talk directly into a microphone, either by a lapel mic clipped directly onto him, or a microphone which he can speak into. Like it was mentioned in terms of nearness, using a direct mic means your speaker’s voice will be as close to the mic as possible, and since such mics are made to pick up voice that close, you’ll get the best quality recording.

Just think about it. The microphone is super close to the speaker, and the volume is adjusted so that even though it’s close, the speaker won’t be too loud. That means any other noises in the room take a seat compared to your speakers, and at a much lower volume. This makes the speaker’s voice clear, background noises minimal, and provides a listening experience that sounds the best.

The editing of audio is where one can either clean up the sound quality of their recording or make edits that can aid in its presentation.

For quality sound on a recording, we already went over the different methods of recording and microphone placement. But you can take things a step further by cleaning up your recording on audio software programs.

The number one item that can be cleaned up is background noise. Background noise is additional sound captured on a recording during blank periods that come from outside the recorder. In other words, this is the “fuzz” or “hiss” you hear during the blank periods on your recording yet you don’t find on professionally recorded media. It’s also what you may remember from audio cassettes and you would try to reduce by pressing the “DD” Dolby Noise Reduction button and your player would partially eliminate.

Background noise can come from a variety of different sources. There may be powered machines turned on near your recording, such as a fan or air conditioning/heating unit or a computer or laptop of some sort. Usually it comes from these types of “outside” sources. Sometimes, though not often, certain recorders themselves by default add a noticeable amount of white noise, background noise that comes sometimes from the recorder itself.

Basic overall rule: the better quality (and pricier) the recorder is, the less background noise you will get from the recorder itself.

Most audio software have a plug-in or effect that processes the removal of background noise. Sometimes it’s called white noise removal, other times it may be called noise reduction, hiss removal, or something similar to any of the terms mentioned.

The keys to background noise removal are three. Firstly, focus on a good, solid, direct recording method to make your recording. This will make the most difference in your work. Second, try your best to remove any noise makers in the background. This may be tough, because in some scenarios you can’t necessarily turn off the local masjid or university room’s ventilation system, but try your best to avoid these if you can.

Thirdly, and this is key, is to only remove a necessary amount of background noise. If you had a solid crisp recording, you only need the program to remove just a bit of white noise.

If your recording isn’t that great and has lots of noises competing with your speaker, however, you can try to intensify background noise removal, but that will only intensify the removal of the voice of your speaker (which it’s why it’s key to choose a good recording method). I’ve heard lectures and seen videos before where I can tell, “whoever edited this did way too heavy of white noise removal,” making the speakers voice sound muffled. Remove just a bit, and try your best to make it sound natural, not processed.

Too often have we heard Islamic talks where either the speaker’s voice is way too low and quiet, or is blaring so loud it makes your ears bleed. This happens because either the gain (think microphone’s intake volume) is too high or the speaker speaks way too close/far to/from the mic, or simply because no one bothered to edit the audio levels.

In most editors, they’ll give show your recording’s sound wave levels going from 0.0 to 1.0 up and to -1.0 going down. I have found that, ideally, you want the levels to peak between 0.5 and -0.5. Not only is this what I’ve noticed on professional recordings of non-Islamic media, but also from professional Qur’an and lecture recordings, as well.

So what you want to do is find a good editing software of your liking and mess with the gain and volume settings to adjust your recording to good audio levels.

Here is where lots of Islamic audio suffers; editing out mistakes. Too often have we heard recordings where there are edits that could have been made, but aren’t.

There is absolutely no reason why we should hear that mistake on a recording. Especially not on one that is sold in CD format all over the nation at conferences and lectures. That small mistake could have easily been edited on even the most basic audio editing software. If it were, it would have added to the quality of the presentation (and in this case, the product), removing any noticeable defects. Instead, it was left in for even the casual user to notice.

Admittedly, it’s a small mistake. But that’s the whole point. Not only are “the small things” what distinguishes between average and high quality, it’s their trivial nature in the first place that makes one ask, “why wasn’t something this small and easy to fix corrected?”

Now for your recording, do you need to edit out all mistakes your speaker makes in your recording? Not necessarily, because it depends on what your target audience is.

If you are recording your private sittings with your local sheikh where the talk is informal, there are random breaks, interruptions for Q&A, phone calls from the sheikh’s wife, etc., it’s only your circle of fellow students that will probably use it so editing out small mistakes is probably not a biggie. But if you plan to go public and put a picture of quality behind your recording, then this is definitely something you want to consider.

Either way, like with all things in our life and especially so with da`wah, we want to implement iḥsan (benevolence) , or excellence, in our efforts. While editing out mistakes or breaks in your recording may not be an absolute necessity, it certainly would be a sign of high quality effort in your already high quality recording.

Recording Islamic talks can be a great form of da`wah, and by following the tips in this tutorial, you can pump out some quality recordings for you and many others to benefit from. We hope you were able to benefit from this tutorial and truly enjoyed writing this piece, but now it’s your turn.

There are definitely Muslim audiophiles out there who can offer some solid piece of advice themselves. If you’re one of them, what advice can you offer for everyone who wants to record Islamic audio? We’d love to hear what you have to say.