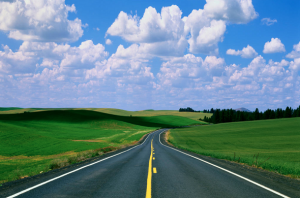 You have to be conscious of the unique elements of the situation and tailor your approach accordingly.

Meaning, you have to be conscious of the unique elements of the situation and tailor your approach accordingly.

We must be conscious of two main things: first the environment, and second the actual individual.

When it comes to the environment, the first thing to be remembered is the timing, finding the appropriate time. Is it a suitable time to talk about this subject or not? The Prophet (peace be upon him) used to select certain times to give his lectures. On one occasion one of `Abdullah ibn Mas`ud’s students came to him and said: “We love your lectures and sermons. Please give us more!” as he only used to give one lecture a week. He replied: “I wish that I could give more. The only thing that prevents me is the Sunnah of Prophet Muhammad. He used to take care of us in giving sermons by selecting a suitable time, so that we would not become bored.” (Al-Bukhari)

From this incident we can see that the Messenger knew the characteristics of the called better than they knew themselves. People, in their enthusiasm and excitement, usually want more lectures in the beginning of any new program.

However, the reality is that if you give too much or you speak for too long, they will eventually become bored. It is the nature of human beings to become lazy with time.

Thus, the common saying “Familiarity breeds contempt.” Yes, there will be a few who are keen and will remain enthusiastic due to their sincerity and high level of commitment.

However, in such cases, we have to consider the norm and not the exceptions. Consequently, we have to consider our timing. We must ask ourselves, “Is this the right time? Am I giving them too much?” In another hadith, the Prophet said, “Among the signs of an individual’s understanding of his religion is the length of his prayer and the shortness of his speech.”

So read the environment, look around you. If you are in a busy market place, is it a suitable time to talk about the reality death, will you get your point across concerning punishment of the grave when everything around him is reminding him of the material world?

Perhaps another topic would be more appropriate, or if you need to talk about reality, then take him alone in a room and have that discussion.

The second principle governing the environment is the audience. We have to read the audience as we read the circumstances and the situations. Are we talking to a group or an individual? There is a difference. Remember that when you are in a group of people you cannot convince them. Look at the example of People of the Village, mentioned in Surat Ya-Sin. Allah sent a messenger to the village, and village people rejected him. Then he sent another messenger, and they also rejected him.

The scholars of Tafsir say that they imprisoned them and tortured them. So, Allah sent a third messenger to support them against this group, but still they would not listen.

A man came running from the farthest corner of the village, (saying), ‘O my people follow the messengers!’

Follow those who do not ask any reward from you, and they are rightly guided.

The story continues, with another person from the village who accepted the message trying to convince the villagers. Although he used logic and emotion to convince them, they remain unconvinced because they were a group. The scholars say that he was killed and he has his reward with Allah.

The point here is that there is a difference when you are talking to a group and when you’re talking to an individual. This is why Allah Most High advises humankind:

I advise you with one thing to stand before Allah alone or in pairs and reflect. (Saba’ 34:46)

If you really want to convince someone about something, you need to talk to them one on one or maybe two. Once I went to a church, and I began addressing my audience about Tawheed and the realities of La ilaha illa Allah. After the talk, I realized from their questions that they were not interested in Tawheed.

No one asked any questions about Tawheed, instead all their questions focused on what Islam had to say about homosexuality. And in the course of their questions I came to realize that I was in a homosexual church and the members of my audience were mostly homosexuals and lesbians.

Consequently, the time was not appropriate for the subject of my lecture. I was giving them the message of Tawheed and they were interested in what Islam says about homosexuality. However, once I have read the audience and found myself in a group of homosexuals, do I tell them that the punishment for homosexuality is death, or should I inform them that they are to be thrown off the highest mountain?

No. This is neither the appropriate time nor the suitable circumstance. They are in a group, so it is likely that they will not listen properly. Instead, I gave them a general answer, and after the talk and the answer session, I went to them and talked to them individually about purity, about relations with a wife, and about the blessings of having a wife, or a spouse, etc.

As individuals they listened for another hour, but as a group they just wanted a quick answer then they left. So we have to carefully read the situation and determine if our topic is suitable for a group of people or if it is more appropriate for individuals.

The third thing is to look at is your location. For example, Mount Safa in the time of the Prophet was used for announcements. So the Prophet (peace be upon him) went there to make his point. He chose that particular location because he knew the people he was inviting to Islam. He knew their nature and characteristics, so he chose Mount Safa. He climbed up to its summit and addressed his people saying: “O people of Quraysh, if I were to tell you there was an army behind this hill would you listen to me?” He used his location to make his point.

As one calling to Islam must choose the most suitable time to address a given audience, he or she must also choose the most suitable location. The location may be a public hall, a university auditorium, a school classroom, a mosque, an Islamic center’s hall, etc., or it may be a restaurant, a coffee shop, a park, the beach, out on the desert, etc.

One must choose the appropriate location for the type of message one intends to deliver. What may be said over lunch in a restaurant may not be suitable for a university auditorium and vice versa.