With the growth in popularity of dialogues, trialogues, lectures and debates, careful consideration must be given to these seven rules concerning organized programs: 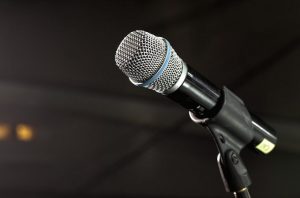 1- Know your speaker. Part of the responsibility for what your speaker may say is upon you.

If a speaker bores your community to death at Jumu`ah (Friday Prayer), why would you want him or her to bore those we want to share our message with? Also rate your prospective speakers according to the type of audience.

Don’t bring an impassioned activist to a meeting of intellectuals and vice versa. The Prophet (peace be upon him) said, “Speak to people according to their level of intelligence.”

2- Avoid debates unless that is the thrust of your program and then avoid them still.

Debates are like spiritual boxing matches they get people excited, but all come away bruised.

Do not insult those whom they call upon besides Allah lest they, out of spite, insult Allah in their ignorance. (Al-An`am  6: 108)

3- Limit the entire event to under two hours.

After this length of time, most people become restless. I know some of us are used to all day lecture programs but the general public is not!

4- Have a clearly defined topic and format.

5- Have a refreshment table (and an intermission if your program is over two hours).

Refreshments make an audience feel more at ease and an intermission of five minutes or so helps relieve people of possible distractions. Tip: do better than cheap chips and no name soda pop.

Politics can be introduced as a topic of interest, but do not be drawn into the tangles of rhetoric. Politics is not religion.

7- Display free literature before and after your program.

Remember, most people believe nothing unless they see it in writing., and any portable speech you distribute may find its way through many hands that otherwise might not have ever heard of Islam. The appendices at the conclusion of this book offer sources from which quality literature may be obtained.