An essential Part of a Muslim’s Conduct 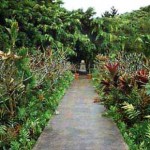 No promise and covenant is proper and correct except in rightful matters.

When a Muslim undertakes a thing, he should respect the undertaking. When he enters into any contract he should honor it till the last.

This is the demand of the faith that when a man talks of any enterprise, he should have the intention of taking it to completion, like the water which does not rest till it flows down to the lower level. He should be known among the people as a man of reliable promises, and there should be no fear of any breach of promises or of any dubious dealings from him.

Fulfillment of the promise is necessary. Similarly when an oath is taken, it should be redeemed. But this fulfillment of promise or the redeeming of the oath and pledges is necessary when the dealing is legitimate and concerns truth, otherwise honoring the promise in connection with something sinful and disobedience to Allah has no value, and there is no importance of oath in sin.

“If someone has taken an oath, but saw an aspect of goodness in another thing, he may break his oath and pay compensation (atonement), and should perform the act which is better and has goodness.” (Muslim)

It is not proper for a man to insist on redeeming the oath. On such occasions it is better to break the oath. In a hadith it is stated:

“It is sinful for a man among you to go to his wife with his oath (unredeemed) compared to his paying the compensation (atoning) which He has fixed for breaking the oath.” (Al-Bukhari)

For this reasons no promise and covenant is proper and correct except in rightful matters. When a man has promised to do a certain good thing, then he should try his best to fulfill it, as long as it appears good to him. He should very well know that he should stick to manly talk, faith and belief. There is no room in this for breach of promises or doubts and hesitation.

Anas ibn Malik says that his uncle Anas ibn Nadar could not take part in the Battle of Badr, and he said to the Prophet: “O Messenger of Allah! In the first battle that you fought with the polytheists I could not take part. If Allah kept me with the Prophet then they will definitely see my achievements in the second battle against the polytheists.”

When in the Battle of Uhud, there was fierce fighting and the Muslims were retreating. He prayed to Allah: “O Allah! I ask your pardon for the mistake that they have committed, and I declare myself innocent of the transgression of the polytheists”.

Saying this he rushed into the battle. In the way he met Sa`d ibn Mu`adh whom he said: “O Sa`d ibn Mu`adh! By the God of Nadar, Proceed towards Paradise. I smell its fragrance , in the valley of Uhad.”

Sa`d said: “O Messenger of Allah! The love for martyrdom, which he showed, cannot be expressed. Then he advanced.”

Anas says that we found more than eighty wounds on his body, which were caused by swords, the points of lances and the shower of arrows. The polytheists had disfigured his body and it was difficult to identify him. With great difficulty his sister identified him with the help of a mole on his fingers.

Anas says that he thinks that the following verses were revealed about him or about persons like him:

Among the believers are men who have been true to their covenant with Allah; of them some have completed their vow to (the extreme), and some (still) wait; but they have never changed (their determination) in the least. (Al-Ahzab 33:23)

Fulfillment of promises depends on two essential factors: memory and determination. With these two things, fulfilling one’s promises would be easy. Allah had taken a promise from Adam that he would not go near the forbidden tree, but Adam forgot the promise within a few days. He became a prey to weakness and broke his promise:

We had already beforehand taken the covenant of Adam, but he forgot,. and We found on his part no firm resolve. (Ta-Ha 22:115)

It shows that deficiency in memory and weakness of determination are two obstructions, which come in the way of performance of duty. And this is a strange thing that man, being overwhelmed by the hardships of the times, various difficulties and different pressing problems forgets the open and clear realities. To him the clear figures appear blurred, and the realities which are as striking as the light of the sun disappear from his sight.

There the necessity of a reminder becomes very pressing, to overcome the negligence and 3

forgetfulness, and to keep this important thing before men’s eyes. There are a number of verses of the Qur’an which were revealed for safeguarding the memory:

Follow the revelation given to you from your Lord, and follow not, as friends or protectors, other than Him. Little it is you remember of admonition. (Al-A`araf 7:3)

This is the way of your Lord, leading straight; We have detailed the signs for those who receive admonition. (Al-An`am 6:126)

And the raiment of righteousness-that is the best. Such are among the signs of Allah, that they may receive admonition. (Al-A`raf 7:26)

Alive and wakeful memory and remembrance is essential for fulfilling promises. A man who forgets his promises and covenants, how can he fulfill them? That is why the following verse has been ended on a note of admonition after giving command of fulfilling them:

And fulfill the Covenant of Allah; thus does He command you, that you may remember. (Al-An`am 6:152)

The measures for weighing and appraising people are different with different people. The price one has to pay for remaining faithful sometimes is very high.

At times one requires to sacrifice all the wealth, property and the most desired thing in this respect.

But these difficulties, sacrifices and trials of determination prove in the end to be the steps for achieving greatness and honor, as the poet says: “Why he, who considers his life and heart dear, should go to (seek) the beloved in her street.”

The Qur’an has severely criticized those who seek to achieve heights of success and glory in the shadow of comfortable living:

Do you think that you will enter paradise without such trials as came to those who passed away before you? They experienced suffering and adversity and were so shaken in spirit that even the prophet and the faithful who were with him cried: ‘When will Allah’s help come ?’ Ah ! Verily, Allah’s help is near. (Al-Baqarah 2:214)

When a man develops in himself the combined forces of a conscious and wakeful mind and a heart full of determination, then he can be considered to have been qualified to enter the group of the faithful people.

The article is an excerpt from the book “Muslim Character”, a translation of Muhammad Al-Ghazali’s “Khuluq Al-Muslim”.