Unfortunately, we see nowadays many Muslim groups and sects working in da`wah plagued with the diseases of division, disagreements, and discord, in total contrast to the teachings of the Qur’an and Sunnah. This problem of disunity and division is the greatest challenge Muslims have to deal with today. 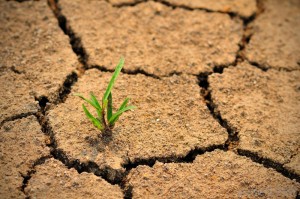 Efforts of da`wah would not be fruitful unless we forget their differences, make da`wah the center of our interests, cooperate with each other, and coordinate our work.

Muslims should be cautious of those Da’wah groups which claim to be the only representative of true Islam and attribute disbelief to the others. In many cases such groups neglect their duties in Da’wah and focus in opposing and eliminating others.

2- Lose of power and strength.

3- Failure to achieve our goals.

4- Division substitutes love with hatred, trust with suspicion, and peace with conflict.

5- Division dissipates our energy in empty arguments instead of benefiting ourselves and others.

6- Division distracts people away from Da’wah.

7- Division leads to disgrace in the Hereafter.

Hold Fast Together and Let Nothing Divide You

The first step in handling this serious problem is to be aware of its dangers, because division and disunity weaken our communities and open the doors to our enemies. Qur’an warned against division and disputes:

And obey Allah and His Messenger; and fall not into disputes, lest you lose heart and your power depart from you; and be patient; surely Allah is with the patient. (Al-Anfal 8:46)

We should realize that working toward unity of the Muslim groups is a collective duty upon all of us. We need to focus our efforts to purify ourselves and eliminate from our communities all those problems that cause division and disunity.

Muslim groups must work together to correct their faith, follow the Sunnah of the Prophet (peace be upon him), cooperate on good purposes in all fields. Then as a result of this, Allah (Exalted be He) will unit their hearts. Qur’an says:

Here are some advises for those who working in da`wah to keep in the back of their minds:

1- Stick firm to the way of Allah and let nothing divide you, no matter how little it might seem.

2- Unity is one of the great blessings of Allah.

3- Your unity must be your first priority.

4- Seek protection in your unity and work together under the spirit of one team.

5- Beware of those who want to divide you; do not give them a chance.

6- Your unity must be based on Islamic principles: faith, brotherhood, justice, and equality.

7- The purpose of your unity must be serving the interests of all people regardless of their color, race and it must not be achieving some casual benefits for only a group of people.

Efforts of da`wah groups would not be fruitful unless they forget their differences, make da`wah the center of their interests, cooperate with each other, and coordinate their work. They should not forget that they are working for the same aim and under the same banner. They must all hold fast together to the way of Allah, not for gaining followers of this group or that, or achieving worldly interests. Qur’an says,

And hold fast, all of you together, to the rope of Allah and let nothing divide you. (Aal `Imran 3:103)

However, working under the spirit of one team does not mean not to have any kind of disagreements at all. The Companions of the Prophet were in complete harmony with each other and were sincere brothers, but in spite of this, they had disagreements concerning different matters of the branches of faith.

“We must cooperate in matters wherein we agree and excuse one another in those wherein we disagree.”

However, disagreements must be avoided, under all circumstances, if they are related to the fundamentals of the religion, work against the interests of Muslims, or may lead to disputes, conflict, and disunity among Muslims.

The article is excerpted from the author’s A Guide to Giving Da`wah to Non-Muslims, published by Islam Presentation Committee (IPC), Kuwait.