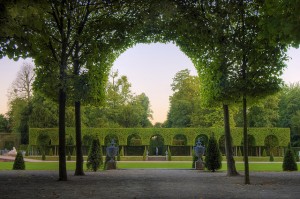 Islam should be presented in a simple, clear, wise way.

The conditions mentioned in part one of the Giving Dawah to Non-Muslims series may or may not all be of every Muslim’s character and Da`wah at all times. However, experience shows that some of these conditions are more critical than others when considering individual personalities.

It is the overall impact and impression that is made that is more important than  the possession or lack of one characteristic or the lack of it to make Da`wah successful. And since manners an examples are seen as  a reflection of character, beliefs and convictions, Da`wah by examples is most impressive. Therefore, the successful caller is one who uses common sense to grow closer to people and influence them. Pay attention to, and make use of, current events, situations, and occasions to introduce Islam to people in a casual way. These are suggestion to help one improve self-awareness and manners:

Another form of Da`wah, necessary for modern society, is Da`wah center. These are specially prepared places where non-Muslim are welcome in a friendly environment that provides answers to their question, reading materials and a place to talk to Muslims. Now available in many countries around the world, many in the form of reading rooms, Da`wah centers have proven to be very effective. In addition to being run by able callers, these Da`wah centers should always be kept clean, well maintained, and organized.

Furthermore, Da`wah centers need well-planned, relevant programs to be directed for both new Muslims, and non-Muslims. These programs should be given by professional callers who have appropriate knowledge, and are well aware of their community’s current issues. Da`wah centers should have books, video tapes, audio tapes, flyers and other materials that can be distributed free-of-cost to non-Muslim.

If Da`wah centers are not available, a separate room in the mosque, somebody’s house, or a reserved hall could be used for Da`wah on regular basis.

Most of the present Da`wah activities are conducted by small groups and individuals. Because personal examples in word and by action are the most powerful for successful Da`wah, Muslims should present themselves as workers for justice, peace, and welfare of all mankind.

Here are some suggestions for good Da`wah approaches:

Utilizing the latest communication technology is important for fruitful Da`wah. Radio, TV, and the Internet are very efficient means for local and international mass-Da`wah.

To maximize Da`wah efforts, Muslims should have their own radio and TV and at the same time work hard to develop positive relations with media to improve the image of Islam.

Children are the future leaders of their communities. The most important factor for Da`wah to continue effectively is raising callers from the new generation of Muslims living in the West who are knowledgeable about Islam.

It is the responsibility of the entire Muslims community, particularly Islamic schools, mosques, callers, and parents to establish interesting long-term educational programs for children, to strengthen their faith, accustom them to Islamic practices, assert their Islamic identify, and protect them from negative stereotypes.

Making Da`wah should be part of our children’s upbringing by making them aware that they are the future carriers of Islam; and Islam is their identity; without it they are lost.

Children should be asked about their Da`wah efforts and rewarded or and kindly redirected if they err.

To have dynamic successful callers for our new generation, brilliant youth should be sent to Islamic universities to learn Arabic and obtain good knowledge and understanding of Islam.

Unfortunately, Muslims in the West are stereotyped in a very negative way. They have been associated with terrorism, suicidal attacks, mistreatment of women, etc.

Da`wah in the West will not reach optimum levels of success until misconceptions about Islam and Muslim are replaced by the true image of Islam.

One of the aims of Da`wah should be correcting the popular untrue beliefs about Islam. Establishing strong relations with media is a very powerful tool in counter-acting the stereotyping of Muslims and improving public perception of Islam. However, only skillful and qualified people should deal with media; they should be alert and ready to act quickly whenever an incident against Islam occurs. However, one should be careful not to supply inaccurate information, or to defame or stereotype people.

In Islam; there is no compulsion to convert people to Islam. People have always entered it willingly. The historical presence of non-Muslim minorities among Muslims evidence of tolerance in Islam.

Islam spread in the most population Muslim countries: Indonesia, Malaysia, Pakistan, Bangladesh, and Africa through the contact between native people and Muslim travelers, merchants who brought with them not only goods but also values of Islam-straight dealing, honesty, and generosity.

The impact of Muslims upon these communities was tremendous. In Singapore, on Arab Street, near the port where the Arab traders used to land, the residents say that the natives used to prefer good treatment and fair prices.

Allah will guide through Da`wah, those who are qualified for His mercy; those who have good hearts and are sincerely searching for the truth. And, He will turn away from it those who chose to divert from His way. All of this is decreed according to His perfect wisdom and knowledge.

The success of Da`wah is guaranteed as a fulfillment of Allah’s promises; “…and who is more truthful than Allah.” (An-Nisaa’ 4:87)

Allah promised to make the way for Da`wah easy for Prophet Muhammad (peace be uponhim) and his followers alike, “We shall ease your way unto the state of ease.” (Al-A`la 87:8)

Allah also promised to preserve Qur’an, His last guidance to mankind. It is forever protected from any sort of distortion, change, or modification: “Verily We have sent down the Reminder and We shall indeed preserve it.” (Al-Hijr 15:9)

Allah promised to make Da`wah prevail and reach everywhere in the Earth so that all mankind will be aware that Islam is the truth from their Lord: “We shall show them our signs in the horizons and within themselves till it will be manifest unto that it is the truth.” (Fussilat 41:53]

Prophet Muhammad assured that Islam is the religion of the future and it will spread all over the world; he said, “Verily Islam will reach every place as the day and night reach. There is no house (in city or desert) on Earth but Islam will enter it.”  (Ahmad and At-Tabari)

Due to all of these reasons, the Da`wah could never fail; that is why Prophet Muhammad  expected his followers to outnumber the followers of other prophets. He said: “None of the prophet before me but was given (physical) miracles because of which people believed him. But the miracle which has been given to me is indeed a revelation Allah revealed to me (Qur’an and Sunnah). So I hope, on the Day of Judgment, my followers will outnumber the followers of other prophets.” (Al-Bukhari)

Intentions and, above all, a strong sense of taqwa (God-consciousness). If a Muslim truly lives to please Allah the Almighty, Da`wah is effortless. In order to share Islam with people, we must develop strong relationships within our Ummah to support these efforts with Da`wah centers and well-written material. Each of us has a gift from Allah. We should not ignore our  obligation in fear of rejection or failure but, join together to contribute our talents and reasons to share the gift of Islam, truly a mercy from Allah.

First published in Al-Jumuah Magazine 12. No. 3. Here taken with slight modifications from saif_w.tripod.com.