Before entering into our main topic, I would like to make thre\ZWQ ze introductory remarks, the first of which is that we have to keep in mind that our primary objective in da‘wah is not to convert the individual whom we are inviting. Conversion is in the hands of Allah. He said in the Qur’an: 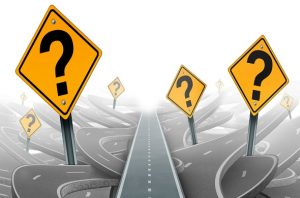 Indeed you cannot guide whom you love, but Allah guides whom He wills. (Al-Qasas 28:56)

Our job is the same one that was given to all the prophets and messengers, and given to the Prophet Muhammad (peace be upon him). It is to convey the message clearly, as Allah said:

The only obligation on the messenger is to give the clear message. (An-Nur 24:54)

Therefore, we have to constantly remind ourselves whenever we are in a discussion with an individual or giving a lecture to a group, that we are not there to win the argument or the debate.

Our goal is to make sure they properly understand the true message of Islam in its pristine purity. It may be impossible to convince them in an hour or a day to change the course of their whole life, but at least they should understand the reality of what you are calling to, the Oneness of Allah, the finality of Muhammad’s (peace be upon him) prophethood, the certainty of the Day of Judgment, etc.

Therefore, what is most important regarding those being called to Islam is that the message should be crystal clear.

Listen Before You Speak

The second point is that we should strive to listen before we speak, to understand the other party and the other side, before we explain our points of view. If we care about the person that we are giving da‘wah to and if we care whether they receive this message or not, then we should take care to listen to them.

Many times when we are in a da`wah situation, we are more interested in getting our point of view across than in hearing their opinions. Either because we have already heard their arguments before, and or we know their opinions are wrong anyway, so what is the point in listening to them?

“Jesus is not the son of God because of reasons one, two, three, four, and five. Furthermore, the Bible says this and the Qur’an says that, and this Christian scholar said this and Paul said that, etc., etc.”

But the person you are telling that may not be interested in it because he does not believe that Jesus is literally the son of God, or he or she may be interested in some other issue. They may have some confusion about formal prayers in Islam, why Muslims have to pray five times a day? So, we should take some time out and listen to the person before we begin our discussion, and allow further time during the discussion listen to them.

Put Yourself in the Other Person’s Shoes

The third and final point is to put ourselves in their shoes. After discussions, people generally do not remember what was actually said, the particular words that were used, the precise issues which were discussed, but how it was said, the way the words were used and the issues presented. They do not really remember what we say, yet we spend so much time bringing points and explaining proofs, because this is the style we have developed in learning Islam.

So, we should put ourselves in their shoes and be gentle with them. We should try to be conscious of the impression we are giving them.

Let us try our level best to keep these three critical points in the back of our minds whenever we are in a discussion with somebody else.