To Rebuke or Correct: Do You Have the Right?

Taking into account the position of the person who is striving to correct the mistake. 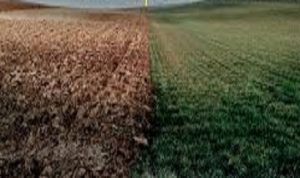 The person to whom Allah has given status should use that to enjoin good and forbid evil.

Some people’s advice may be more readily accepted than others’ because they have a status that others do not, or because, unlike others, they have authority over the person who has made the mistake, for example, a father with his child or a teacher with his student or a government official with the one whom he is inspecting. One who is older is not like one who is younger, a relative is not like a stranger, a person with authority is not like one with no authority.

Understanding these differences will make the reformer put things into perspective and evaluate them properly, so that his rebuke or correction will not lead to a greater evil. The position of the one who is rebuking and the esteem in which he is held by the one who has made the mistake are very important in judging how strong the rebuke should be and deciding how harsh or gentle the tone should be. From this we learn two things:

Firstly, that the person to whom Allah has given status or authority should use that to enjoin what is good and forbid what is evil, and to teach people. He should understand that he has a great responsibility because people will accept more from him than from other people – usually – so he can do more than others can.

Secondly, the person who seeks to enjoin what is good and forbid what is evil should not misjudge the situation and put himself in a higher position than is in fact the case and behave as if he has qualities that he does not have, because this will only put people off.

The Prophet (peace be upon him) made the most of the position of respect that Allah had given him when he was rebuking and teaching people.

He did things that would not have been appropriate if they were done by anyone else, examples of which follow.

According to another report:

“He kicked him and woke him up, and said, (This is how the people of Hell lie.’” (Ahmad, At-Tirmidhi, and Abu Dawud)

This method of rebuking was appropriate for the Prophet (peace and blessings of Allah be upon him) because of his position and status, but it is not appropriate for ordinary people. It is not alright for any person who wants to rebuke another for sleeping on his stomach to kick him whilst he is asleep and wake him up, and then expect him to accept this advice and thank him for it.

The same applies to hitting a person who is making a mistake or throwing something like pebbles or whatever at him. Although some of the salaf (early Muslims) did that, it was because of their particular status. Some stories of this nature follow.

Al-Darimi (may Allah have mercy on him) reported from Sulayman ibn Yassar that a man called Sabegh came to Madinah and started to ask about the ambiguous texts of the Qur`an. ‘Umar sent for him, and he had prepared some date palm branches for him (to hit him with).