The Broader Sense of Trust 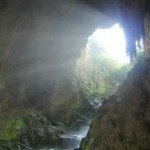 The self which continues to be attached to the high moral character even after hardships must be belonging to a very powerful and trustworthy man.

Islam expects of its followers that they will be masters of live hearts and wakeful conscience, which would ensure the protection of the rights of God and humanity and which would also protect their action: from the commitment of excesses. Therefore it is necessary that every Muslim should be “ameen” (trustworthy).

In the eyes of the Shari`ah, trust has a very broad sense. This word contains an ocean of meaning, but underneath it all is the sense of responsibility, the sense of having to appear before Allah and to account for one’s actions, the details of which are given in the hadith:

The narrator of the hadith, Ibn `Umar, says that he heard these things from the Prophet (peace be upon him) and he thinks that the Prophet also said: “A man is a guardian of the stock of his father and is answerable about that.”

The people take trust in a very limited, sense and consider it to mean the protection of others’ deposits, although in Allah’s religion this has a very broad and unlimited sense.

This is a duty for safeguarding which a Muslim advises another Muslim and in this connection seeks the help of Allah.

When a Muslim prepares to go on a journeys his brother prays for him in this way: “I pray to Allah for your religion, your trust and for the happy ending of your work.” (At-Tirmidhi)

Anas narrates that whenever Allah’s Messenger addressed a sermon to us, he invariably repeated this sentence:

“The man has no faith who cannot keep trust and the man who does not respect his promises has no religion.” (Ahmad)

Since the zenith of achievement and the highest limit of success is to be protected against the hardships of this world and the bad consequences in the Hereafter, the Prophet prays for safety from both the conditions. He has said:

Hunger is the name of deprivation in the world and dishonesty is the name of destruction of religion, therefore the Prophet had prayed for being spared from both. Before attaining prophethood he was known among the people as AL-Ameen (The Trustworthy).

Similarly the trustworthiness of Musa (Moses) was observed when he fetched water for the flock of the two daughters of the good old man, had helped them, had respected their womanhood, and had treated them in a decent and gentlemanly way:

So he watered (their flocks) for them; then he turned back to the shade, and said: “O my Lord I truly am I in (desperate) need of any good that you do send me !

Afterwards one of the (damsels) came (back) to him, walking bashfully. She said: “My father invites you that he may reward you for having watered (our flocks) for us.” So when he came to him and narrated the story, he said: “Do not fear; (well) have you escaped from unjust people.

This event took place when Moses had not been made Prophet, and was not sent to Pharaohs.

And this is not at all surprising because Allah chose only those individuals for being appointed as His Messengers who were the most decent, most honest and righteous, among the people.

The self which continues to be attached to the high moral character even after undergoing the extremes of the hardship of poverty and helplessness must be belonging to a very powerful and trustworthy man; and the protection of the rights of God and His slaves demands such character only as does not change in good or bad conditions, and this is the spirit of trustworthiness.

Appointment to High Offices and Posts

There is also another sense of trust, and that is: everything should be placed at its proper and deserving place. An office or a post should be offered only to the deserving person; and responsibility should be given only to that person who is able to shoulder it and who has the capability to do justice to the trust placed in him.

Governorship, responsibilities of the party, nation or country, which are granted placing confidence in the persons concerned, are trusts, about which they are answerable. A number of proofs can be advanced in support of this statement.

Abu Dhar (May Allah be pleased with him) reports that he asked the Prophet whether he would not make him a governor somewhere. Hearing this the Prophet tapped his shoulder and said:

“O Abu Dhar ! you are weak, and this responsibility is a trust. On the Day of Judgment it will be a cause of loss of honor and ignominy. However, those people will be spared who will have accepted it with all its responsibilities and would have fulfilled whatever responsibilities they had in this connection.” (Muslim)

It is a fact that mere excellence of education or experience does not make a person most suitable for some office. It is also possible that a man may have good moral character and a righteous person, but he may not have the capabilities to fulfill the responsibilities of a certain office.

Yusuf (Joseph) was a Prophet. He was the living example of righteousness and virtuousness, but he had not offered his services to shoulder the responsibilities of the country on the basis of his righteousness and prophet-hood.

He had taken the reins of office in his hand on account of his learning and memory.

(Yusuf) Said.. ‘Entrust to me the treasures of the country. Verily, I am protector and learned’. (Yusuf :55)

The article is an excerpt from the book “Muslim Character”, a translation of Muhammad Al-Ghazali’s “Khuluq Al-Muslim”.