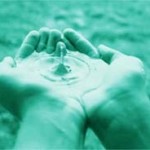 One should keep in mind the virtues and merits of disseminating the knowledge of Islam.

Prophet Muhammad (peace be upon him) said:”Seeking Knowledge is obligatory upon every Muslim.” (Ibn `Adiyy, Al-Bayhaqi and At-Tabarani)

Though this hadith is known and memorized by most Muslims, the essence, the amount, and the kind of knowledge referred to in this hadith remain misunderstood by many.

If it is true that the knowledge incumbent upon every Muslim pertains to religious knowledge, or al-`ilm al-shar`i, how deeply does one have to pursue his quest of this knowledge to fulfill his duties and discharge the learning obligations placed upon him? In other words, what are the minimum teachings that every Muslim – male or female – is required to know about his religion?

Types of Knowledge in Islam

This refers to knowledge of the fundamentals of Islamic beliefs which every Muslim must know. Seeking this knowledge is an obligatory duty upon every Muslim. All obligatory knowledge deal exclusively with al-`ilm al-shar`i, that is, knowledge pertaining to Islamic faith, acts of worship, and the necessary transactions in the daily dealing of a Muslim.

This is not a duty required of every individual, but rather it falls upon the community as a whole. Hence, if a group of individuals in the community undertake to acquire this kind of knowledge, all other individuals will be exempted from this duty, and the whole community will be free from responsibility or negligence to acquire this kind of knowledge. Examples of such knowledge include studying Islamic law and other basic sciences, industries and professions which are vital for the welfare of the society.

Each of these sciences may require knowledge of other sciences to fully and comprehensively cover the substance of the matter studied. For example: tafseer needs Arabic grammar, Arabic literature, and other linguistic skills; Hadith sciences need the science of criticism (which looks at the narrators’ credibility, trustworthiness, power of memorization, etc.), called `Ilm al-jarh wat-ta`deel.

The natural and applied sciences: These are all the basic sciences, industries and professions which are of vital necessity for the welfare of the community. Examples of such fields include: engineering; agriculture, fisheries, food sciences, etc.

Leaders of every Muslim community should always do their best to procure the necessary number of scholars, professionals and qualified men and women in all fields of optional knowledge needed by the community. For example, Muslims in America must train sufficient number of Shari`ah scholars to answer questions raised by members of the community. They must also prepare enough educators – administrators, teachers and counselors to fill the growing needs of Islamic schools in this country. Both male and female Muslim doctors are needed in every city to care for male and female Muslim patients, respectively.

From the above discussion, we can fully understand the responsibility that lies upon the shoulders of Muslims in this continent. Any community which does not take the necessary steps to satisfy its own needs in all fields of optional knowledge becomes subject to the punishment of Allah. Consequently, all its members will share the blame and the sins for their shortcomings.

First, the understanding fundamentals of iman (faith/belief): This is also called `Ilm Usul Ad-Deen (Fundamentals of the Religion), or `Ilm al-Tawheed (the Oneness of Allah), or simply `Aqeedah (Islamic faith). Every Muslim must have a general knowledge of all matters pertaining to his faith. He should have a clear understanding of the Lord he worships, the Prophet he follows and the Deen to which he committed himself.

Needless to say, one should exert the best of one’s effort to acquire these fundamentals.

Second, understanding Islamic rules and conduct (fiqh al-ahkam): This is also called fiqh al-`ibadat (understanding of acts of worship). This field covers all aspects of the Islamic acts of worship that are necessary for the correct practice of one’s salah (prayer), zakah (obligatory alms), sawm (fasting), and Hajj (Pilgrimage to the Ka`bah).

It also covers all aspects of family issues, such as marriage, divorce, children’s education, as well as rules and regulations for one’s business transactions such as, buying, selling, borrowing and lending, etc.

A Muslim is obligated to learn from fiqh al-ahkam only matters that are related to `ibadah (worship) he needs to perform; and rules of a particular transaction he wants to undertake. For example, if a Muslim has not reached the age for prayer or fasting, he does not have to learn about them though they may be encouraged to do so. Also, if one does not have the necessary means to perform Hajj, one does not need to learn its rituals until one becomes able to undertake the Hajj journey.

By learning those two branches, a Muslim will know His Lord by all His beautiful names and Most High attributes. He will renounce all imperfections that ignorant and deviant people attributed to Allah. He will know the status, function and rights of the Prophets and, thus, will not elevate them to a divine status, nor will he degrade them to a status that does not befit their prophethood as many heretics had done. He will follow a similar course when dealing with other required beliefs, such as the belief in the Angels, the Books, the Predetermined Decree, the Last Day, the punishment in the grave, etc.

On the other hand, before performing any act of worship, a Muslim should know the requirements, the conditions and the desirable actions pertaining to that act. Hence, he will never practice any act of worship or undertake any transaction not sanctioned by the Qur’an or Sunnah.

Just by contemplating the Islamic knowledge of Muslims today, the reader will realize how much those two disciplines, which are required of every Muslim, have been neglected, if not totally ignored. Unfortunately, there are many Muslim professors, doctors, and engineers, who hold the most advanced academic or professional positions in their respective institutions, yet do not possess the minimum knowledge of the Islamic sciences.

Ironically, while it takes only a few weeks or even a few days to acquire the obligatory Islamic knowledge, it may take at least two years to obtain a basic degree in any worldly field. Though these brothers and sisters are to be thanked and encouraged for their worldly endeavor, they are undoubtedly sinful due to their shortcomings in learning the required Islamic knowledge.

Every Muslim should know that once he has corrected his beliefs, and `ibadah, through knowledge, and cleansed his devotions from any type of Shirk (i.e. Showing off, pleasing others besides/other than Allah, etc.), he can aspire and hope for his reward from Allah (Most Exalted is He).

Indeed, it is through knowledge and sincerity that one can enter paradise. This is how we can understand the hadith of our beloved Prophet: ”Whoever adopts the path of seeking knowledge, Allah eases for him the way to Paradise.” (Ahmad, At-Tirmidhi, Abu Dawud, Ibn Majah, and Ad-Darami)

Muslims Should Teach What They Learn

A Muslim who has learned the requirements of his individual duties is responsible for disseminating the knowledge he has acquired to his family members first; then to his friends, co-workers, neighbors, etc. Allah (Most Exalted is He) says:

O you who believe! Ward off from yourselves and your families a Fire (Hell) whose fuel is men and stones… (Al-Tahrim 66:6)

The only way to save one’s family members from Hell is to teach them the Islamic obligations and instruct them to observe them consistently.

The Messenger of Allah also emphasized this responsibility. He said:

The following hadith is a strong reminder for anyone of us whom Allah has blessed with some Islamic knowledge: ”Whoever is asked about knowledge that he knows about and then hides it and keeps it away, he will be bridled on the day of judgment with a bridle of fire.” (Ahmad, Abu Dawud and At-Tirmidhi)

Whether one who has acquired the requisite knowledge and committed himself to spreading it, will further his study or be content with that level is left to his decision. One should realize, however, that not all people possess the aptitude and diligence to enter the depths of Islamic knowledge, for this is a favour that Allah gives to whomever He pleases.

Nevertheless, one should keep in mind the virtues and merits of disseminating the knowledge of Islam. The Prophet said: “Allah and His angels and the creatures of Heavens and earth, even the ant in its dwelling and the fish in the sea, do send Salat to the one who teaches people (good) beneficial knowledge.” (At-Tirmidhi)

The salat of Allah is His mercy that he bestows on His slaves; the salat of the angels and other creatures is to ask Allah to forgive these servants.