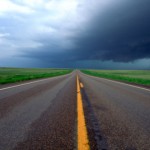 The mission of Jesus was not, therefore, to set up a new method of achieving salvation, much less the founding of a new system of belief.

Salvation can be defined as the deliverance from sin and its penalties; the path to salvation, however, varies from one religion to another.

In Christianity, salvation is found through the Doctrine of Vicarious Atonement. Since human nature is considered in Christianity to be wayward and sinful, this doctrine states that Jesus ‘rendered full satisfaction‘ to God for the sins of man through his death and resurrection. In a nutshell, Jesus took our place, and his death absolves us of our sins.

This is contrary to what is found in the Torah where God says:”…every man shall be put to death for his own sin“. (Deut. 24:16)

The matter of Jesus, as savior of mankind, is refuted in the Qur’an, wherein God says that He

… has stamped them with their disbelief… for their saying ‘We killed God’s Messenger, Christ Jesus, the son of Mary’. They neither killed nor crucified him, even though it seemed so to them…(An-Nisaa’ 4:155,157)

Salvation According to Jesus

Nowhere in the four gospels did Jesus explicitly state that he would die to save mankind from sin. When approached by a man who asked what he could do to gain eternal life, Jesus told him to keep the Commandments (Mat. 19: 16, 17); in other words, to obey God’s law.

To a similar question put to him by a lawyer, as recorded in the gospel of Luke, Jesus told him to love God and his fellow man (Luke 10:25-28).

The role of Jesus is made clear in the Qur’an where God says:

Christ, the son of Mary, was no more than a Messenger; many were the Messengers that passed away before him…see how God doth make His Signs clear to them, yet see in what ways they are deluded away from the truth. (Al-Ma’idah 5:75)

The mission of Jesus was not, therefore, to set up a new method of achieving salvation, much less the founding of a new system of belief; as even the Bible points out, Jesus sought only to take the Jews from their emphasis on ritual back to that of righteousness (Mat. 6:1-8).

For the origin of the doctrine of atonement, one does not go to the teachings of Jesus, but instead to the words of Paul, the true founder of Christianity; in teachings of present Christian terms and practices.

Like many Jews, Paul had no use for the teachings of Jesus, and he himself persecuted the followers of Jesus for their unorthodox beliefs. This zealous persecutor was turned into an ardent preacher, however, through a sudden conversion around 35 CE. Paul claimed that a resurrected Jesus appeared to him in a vision, thereby, choosing Paul as his instrument for carrying his teachings to the Gentiles (Gal. 1:11; 12:15, 16).

Paul’s credibility in any capacity is questionable, however, when considering that: (first) there are four contradictory versions of his so-called “conversion” (Acts 9:3-8; 22:6-10; 26:13-18; Gal. 1:15-17); (second) God says, in passages such as Num. 12:6, Deut. 18:20 and Ez. 13:8-9, that revelations come only from Him, and (third) accounts of numerous disagreements between the other disciples and Paul regarding his teachings are recorded in Acts.

Experience and observation had taught Paul that preaching among the Jews was not feasible; he, therefore, chose to go to the non-Jews. By doing so, however, Paul disregarded a direct command from Jesus against preaching to other than a Jew (Mat. 10:5-6). In short, Paul set aside the actual teachings of Jesus in his desire to be a success.

Among the pagans of Paul’s time, a wide variety of gods existed. Although these gods had different names and were embraced by people from different areas of the world – Adonis from Syria, Dionysus from Thrace, Attis from Phrygia, for instance – the basic concept in each cult was the same: these sons of gods died violent deaths and then rose again to save their people.

Since the pagans had tangible savior-gods in their old religions, they wanted nothing less from the new; they were not able to accept any sort of an invisible Deity. Paul was quite accommodating, preaching therefore of a savior named Jesus Christ, the son of God, who died and then rose again to save mankind from sin (Rom. 5:8-11, 6:8-9).

The Bible itself points out the error of Paul’s thinking. While each of the four gospels contain an account of the crucifixion of Jesus, these accounts are strictly hearsay; none of the disciples of Jesus were witness to such, having fled his side in the Garden (Mark 14:50).

In the Torah, God says that one who is “hanged upon a tree”; crucified, is “accursed” (Deut. 21:23). Paul side-stepped this by saying that Jesus became accursed in order to take on the sins of man (Gal. 3:13); in so doing, however, Paul set aside the very Law of God.

The resurrection, wherein Paul says that Jesus “conquered” death and sin for mankind (Rom. 6:9,10), plays such an important part that one who does not believe in it is not considered a good Christian (1 Cor. 15:14).

Here, too, the Bible lends little support to Paul’s notions; first of all, not only was there no eyewitness to the actual resurrection, but all post-resurrection accounts are in contradiction with each other as to who went to the gravesite, what happened there, and even where and to whom Jesus appeared (Mat. 28; Mark 16; Luke 24; John 20).

Secondly, although Christianity states that the body following resurrection will be in a spiritual form (1 Cor. 15:44), Jesus had obviously not changed, for he both ate with his disciples (Luke 24:30, 41-43), and allowed them to touch his wounds (John 20:27).

Finally, as the divine son of God in Christianity, Jesus is said to share in God’s attributes; one cannot fail to wonder, however, just how it can be possible for God to die!

In his desire to win souls among the pagans, Paul simply reworked a number of major pagan beliefs to come up with the Christian scheme of salvation. No prophet, including Jesus himself, taught such concepts; they were authored entirely by Paul.

Long accustomed to making sacrifices to their gods, the pagans easily grasped Paul’s notion that Jesus was the ‘ultimate sacrifice” whose blood washed away sin.

A common ceremony during this time in various Middle Eastern cults, such as those of Attis and Mithras, was that of the ’taurobolium‘: a person descended into a pit covered over with grillwork upon which a bull (or ram), said to represent the pagan deity himself, was then ceremoniously slain. By covering himself with the blood, the person in the pit below was said to have been “born again” with his sins washed away.

It is worth noting that the Jews had given up sacrifice back in 590 BCE following the destruction of their Temple. Paul’s notions, therefore, were in direct contradiction to both Old Testament teaching (Hosea 6:6) and even to the teaching of Jesus himself (Mat. 9:13) which stressed how God desired good virtues, not sacrifice.

Pagan influence in Christianity even extends to its sacred symbol. Although Paul calls the cross of Jesus “the power of God” (1 Cor. 1:18), reference works, such as the Encyclopedia Britannica, Dictionary of Symbols, and The Cross in Ritual, Architecture, and Art point out that the cross was used as a religious symbol centuries before the birth of Jesus. Bacchus of Greece, Tammuz of Tyre, Bel of Chaldea, and Odin of Norway are just a few examples of ancient pagan gods whose sacred symbol was that of a cross.

Central to the Doctrine of Atonement is Paul’s notion that mankind is a race of wrong-doers, having inherited from Adam his sin in eating of the forbidden fruit. As a result of this Original Sin, man cannot serve as his own redeemer; good works are to no avail, says Paul, for even these cannot satisfy the justice of God (Gal. 2:16).

As a result of Adam’s sin, man is doomed to die. By his death, however, Jesus took on the punishment due man; through his resurrection, Jesus conquered death, and righteousness was restored. To earn salvation, a Christian need only have faith in the death and resurrection of Jesus (Rom. 6:23).

Despite its prominent place in Christianity, the notion of an “original sin” is not found among the teachings of any prophet, Jesus included. In the Old Testament, God says:

Personal responsibility is also stressed in the Qur’an where God says:

… no bearer of burdens can bear the burden of another… man can have nothing but what he strives for. (Fatir 53:38, 39)

The doctrine of original sin gave Paul the means to justify pagan influence in his scheme of salvation. Irresponsibility became the hallmark of Christianity through this doctrine, however, for by “transferring” sins onto Jesus, Christians assume no responsibility for their actions.

By the seventh century, the doctrines conceived by Paul had been embellished to the point where Christianity was not almost entirely a man-made religion. At this time, God chose to send Muhammad as His Final Messenger in order to set things straight once and for all for mankind.

As we are all personally responsible for our actions: “On no soul doth Allah Place a burden greater than it can bear. It gets every good that it earns, and it suffers every ill that it earns” (2:286), “Every soul draws the meed of its acts on none but itself: no bearer of burdens can bear the burden of another” (Al-An`am 6:164), there is no need for a humanly concocted savior in Islam; salvation comes from God alone:

But any that (in this life) had repented, believed, and worked righteousness, will have hopes to be among those who achieve salvation. (Al-Qasas 28:67)

Thus did Islam seek to restore the true meaning to monotheism, for in the Qur’an God asks:

Who can be better in religion than one who submits his whole self to God, does good, and follows the way of Abraham the true in faith? (An-Nisaa’ 4:125)

Who is better in speech than one who calls (men) to Allah, works righteousness, and says, “I am of those who bow in Islam? (Fussilat 41:33)

The Religion of Man

The evidence is overwhelming that the concept of salvation in Christianity; its Doctrine of Vicarious Atonement, came not from God but from man via pagan rituals and beliefs.

Paul effectively shifted the center of worship away from God by saying that Jesus was the divine agent of their salvation (Gal. 2:20).

In so doing, however, Paul set aside all teachings of God’s prophets, and even the concept of monotheism itself, since God in Christianity needs Jesus for His divine “helper”.

With his very salvation at stake here, the Christian should take a closer look at what he believes in and why. God says in the Qur’an:

O People of the Book! Commit no excesses in your religion, nor say of God aught but the truth. Christ Jesus, the son of Mary, was no more than a Messenger of God… for God is One God; glory be to Him: far exalted is He above having a son. To him belong all things in the heavens and on earth. And enough is God as a Disposer of Affairs. (An-Nisaa’ 4:171)