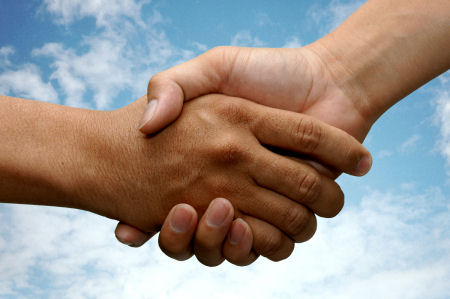 The Qur’an addresses itself to the whole of mankind.

“As to Islam itself, intolerance is woven into its very fabric….The Qur’an’s strong message is that Allah loves Muslims and hates everyone else. If you don’t believe this, just read the Qur’an.”(1)

The history of Muslim-Jewish relations will be explored, including examination of the social, political and religious dynamics in Medina which circumscribed Muslim-Jewish relations when Prophet Muhammad (peace be upon him) and his followers migrated there from Mecca in 622 c.e. In particular, this series will probe criticisms of Jews found in secular commentaries in the Qur’an pertaining to three wars that occurred in the 7th century between Medina’s Muslim, Arab and Jewish tribes.
Islamic and Judaic Shared Beliefs and Practices

This is the first part of the series. The author outlines the Islamic and Judaic beliefs and practices

Muslim Jurists and the Rules of Protected Minorities

This is the second part of the series. The author focuses here on the Jewish-Muslim history, Muslim Jurists and the Rules of Protected Minorities, and The Qur’an’s Portrayal of the Jews.

Medina During the Time of the Prophet

This is the third part of the series. The author focuses here on the situation in Medina during the time of the Prophet.

This is the fourth part of the series. The author focuses here on Islam’s golden age and its effect on the Jewish-Muslim relations. He also highlights the relation between political Islam and anti-Semitism.

Abrogation of the Torah, the Gospels, and the Qur’an

This is the fifth and the last part of the series. The author explains whether the Qur’an abrogates the Scriptures and teachings of the Religions of the Book – Judaism and Christianity.