“Science is an endless story, which is very exciting. Unfortunately, we human beings are limited in time, and we want some definitive answers to our questions”. (Bruno Guiderdoni) 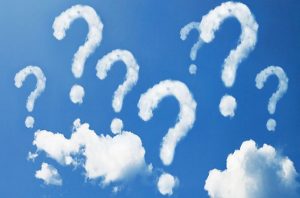 Our journey towards truth requires snapping out of our tiny subjectivism.

One of the most interesting facts about human beings is their ability to introspect their inner world and use the bricks of retrospective experiences in building up their future selves.

No doubt we possess unparalleled capacities compared to all living species known so far. Yet, one important reality about human beings is that attaining the highest levels of wealth, health and wisdom does not, at all, warrant them absolute independence.

We all know that wealth will disappear with time, health will corrode with degeneration, and wisdom will ebb away with senility. Indeed this would suffice to confirm our inherent weaknesses. We have to lose something in order to gain something else.

Another deadly limitation is our subjectivity and unwarranted pride, which are continually sustained by not only our chase after bare essentials, but also after superfluous luxuries and secondary needs.

Our journey towards truth requires snapping out of our tiny subjectivism and paying attention to the greater reality of existence. First, stop at a distance, have a good look at the woods, then walk in and explore.

Once we start searching for a meaning to life, we – whether we like it or not – enter the precincts of another realm called ‘religion’. At this juncture, true religion – and only true religion – has the potential to deliver humanity from an ominous future. But there is a problem that needs to be solved: if religion has been distorted, if science cannot get rid of empirical error and human fallibility, then how can we find the truth?

Before we set out in search of truth, we need to know which way to go. The paths of life are many. Each one may lead to a certain truth; some others may endlessly stretch forward or stop at the brink of a deep dark valley called nowhere.

When Alice met the Cheshire Cat in Alice’s Adventures in Wonderland, the famous fairytale written by Lewis Carroll, she asked it, “Would you tell me please which way I ought to go from here?”; “That depends a good deal on where you want to get to?” replied the Cat; “I don’t much care where…?” replied Alice; “Then it doesn’t matter which way you go”, said the Cat. This story signifies how important it is to have a sense of direction in life, and this largely depends on whether we, as human beings, are individually and collectively aware of our immediate needs and long-term choices. As one poem goes:

And though you travel many roads,

For a truth to be ultimate it has to be accessible to all, not esoteric at all. So, if we mean by the truth that essential quality and basic level of reality which all people need, then it should be simple, manifest, and accessible to all.

Every religion will have elements of truth. It is the truth seeker’s task, as it has always been, to find the way of life that synthesizes these elements into one coherent whole. Only something of this kind has the power to attract the hearts of millions of people from different classes, races, and nations.

Only a religion of such attracting power is destined to become the fastest growing religion in the world. When it comes to this measure, only one religion stands out: Islam.

“The emergence of Islam on the global stage has raised fundamental questions about the marginalization of religion in the West”, writes Neil Ormerod, Professor of Theology and Director of the Institute of Theology, Philosophy, and Religious Education at Australian Catholic University.

In 1938, George Bernard Shaw, predicted that “If any religion had the chance of ruling over England, nay Europe within the next hundred years, it could be ”slam”. Five decades later, William Montgomery, the well-known historian of Arabic and Islamic history, only came to confirm Shaw’s foresight and further predicted:

“Islam is certainly a strong contender for the supplying of the basic framework of the one religion of the future”.

This comes in stark contrast to Samuel M. Zwemer’s contention, back in 1916, that “Islam is a dying religion” and that “from the outset it had in it the germs of death” and that “neither the character of the Koran nor of its Prophet have in them the promise or potency of life that will endure”. (Samuel M. Zwemer (1916)

At this juncture, one may want to ask: what facts and truths account for Islam being the fastest growing faith in the world?

Before proceeding any further, a fatal misconception about the meaning of Islam has to be nipped in the bud. It must be borne in mind from the start that Islam is NOT a religion in the conventional sense. The word ‘religion’ in the western and eastern traditions not only seriously falls short of defining the scope of Islam, but also reduces its reality to a level unrecognized by the typical Muslim.

To speak of Islam is to speak of a complete way of life, a comprehensive spiritual, moral, rational, social, ethical, legislative, jurisprudential, economic, political, regulatory system. Islam is not a personal issue, an isolatable entity, or a baggage of hallowed rites and rituals. It is a universal law which aims at satisfying various human needs on two levels of existence: the physical and nonphysical.