Since people are often at a loss as to how they should go about giving da`wah, and use their ignorance as an excuse not to do anything, the following list of more than eighty suggestions have been compiled from among the many possible ways to give da`wah in order to make the way easier:

The da`wah Offices should participate in organizing sports events for adults and youths and include in the program da`wah related material for distribution among participants and onlookers as well as for winning teams and individuals. 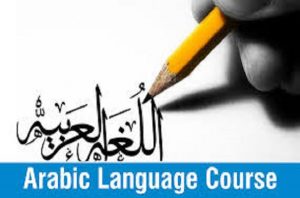 Run programs for learning conversational and grammatical Arabic language either as courses or through books.

Doctors concerned about da`wah should provide free medical checks up from a supportive private clinic for the general masses or for particular groups like those new Muslims and non-Muslims who study in the da`wah offices.

Hold charity bazaars, charity luncheons, etc. to raise donations for any one of the many worthy Islamic causes. Include in the function Islamic lectures addressing women’s issues as well as other general da`wah issues.

Organize public functions in which tokens of appreciation are presented to scholars, callers, Da`wah offices, religious magazines, Islamic tape stores and good websites, etc. to educate the masses about the importance of their da`wah activities and to enlighten them to some relevant Islamic issues through the speeches made at the events.

Prepare a the tourist’s da`wah guide which shows the locations of the da`wah offices and associations, Islamic libraries and Islamic studios, prominent mosques and Islamic schools and universities, and locations and timings of ongoing religious circles, as well as the whereabouts of local scholars.

Arrange for book exhibitions by the major bookstores, cultural exhibitions by the Culture and Tourism Board or a cultural tent to visit schools and companies and participate in some of major science and technology expositions with the goal of da`wah in mind.

Establish a comprehensive da`wah website catering to as many da`wah needs as possible which would function as a think tank for Islamic ideas and would entertain discussions and post rulings on specific questions related to da`wah.

Introduce or participate in da`wah project related to breaking fast in Ramadan or on Mondays and Thursdays throughout the year. Include brief talks to those present enlightening them about the unique aspects of fasting and its spiritual significance.

Offer trips for Hajj and `Umrah to particular groups, especially new Muslims, for the purpose of da`wah and implement programs designed to increase peoples’ awareness before, during and after Hajj.

Provide your personal vehicle and time as alternative means of transportation for those needing help in getting to the various da`wah offices for classes, lectures or conferences.

Set up charitable da`wah warehouses that collect and accept materials for da`wah and make them accessible to schools and mosques and others at nominal prices.

Join the local offices of da`wah, introduce others to them, and visit them regularly in order to participate in their programs and to support and encourage those working in them.

Make supplications on various occasions as a way of calling others to Allah, like saying to someone involved in haram, “May Allah save you from the fire,” or to someone doing a praiseworthy act, “I ask Allah to bring us together in Paradise with the Prophet,” or for you to pray for a student saying,

“I ask Allah to give you success in the tests of this world and the next.”

Visit those who are neglectful of their prayers close to the time of the call to prayer so that he may accompany you to the mosque.

Bring new Muslims to the local Friday mosque and have him openly declare his Islam after the Friday Prayer following a brief story about his way to Islam. And follow the ceremony by pointing out ways that those present can help others find Islam.

In the case of female converts, she may declare her Islam at a girl’s school or women’s association, etc.

Provide public and private transportation companies, cab companies with attractive and appropriate posters, stickers, and tapes, and later give awards to their management for their cooperation with the da`wah offices.

Set up in the major shopping malls, supermarkets and other locations in which large numbers of the public gather da`wah booths, stalls and tables equipped with large screen televisions and distribute pamphlets, booklets, audio tapes, videos, CDs, VCDs, etc.

Record various brief da`wah subjects to be played telephone systems when callers are put on hold. The telephone can also be used to answer Islamic questions and to provide consultation.

Run programs for learning conversational and grammatical Arabic language either as courses or through books or tapes at the local da`wah center or at people’s work place, if it is more convenient.

Offer general Islamic courses at local da`wah offices, mosques, or public lecture halls covering topics from the major Islamic disciplines as well as intensive courses for those specializing in da`wah.

Hold an open day of da`wah with a variety of programs or special educational ones which are presented during the whole day catering to men and women, locals as well as expatriates.

For the expatriates, the programs could be in one of the major languages of the expatriate community each day. Articles should be written a month in advance announcing da`wah day and flyers and posters should be distributed all mosques and prayer halls, schools, malls, etc. so that it may be the talk of the people for that month.

May Allah make you and us guides for others and grant us a place among those who are themselves rightly guided.