For many Muslims, especially the youth, some contemporary issues are challenging because they give the impression that the Islamic view or practice is somehow backwards, barbaric or no longer relevant. 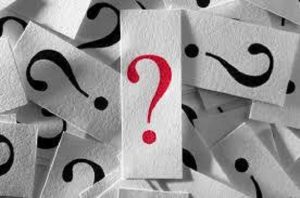 For many Muslims, some contemporary issues are challenging because they give the impression that the Islamic view or practice is somehow backwards

This is especially true when those beliefs or practices are viewed from the perspective of the “Western paradigm,” which, it must be admitted, the dominant paradigm today. A close inspection of such challenging issues reveals that they fall into distinct categories.

The appropriate category that an issue falls into needs to be identified first. Afterwards, the relevant response can be appropriately constructed. In essence, the possible cases are the following: cases where the Muslim practice or conception is the problem, cases where there is actual flexibility within the Shari`ah, cases where the Islamic conception has been painted as if fact to be barbaric or outdated. Examples of each of these categories are given below.

Cases where the Muslim Practice or Conception is the Problem

One category—which is perhaps the easiest category to analyze but a most difficult category to remedy—is where a Muslim practice or conception is improper from a Shari`ah point of view and also a source of confusion or challenge from a da`wah perspective.

An analysis of the Qur’an and Sunnah would demonstrate that the practice is unacceptable or forbidden in Islam. However, many Muslims may practice it, consider it part of their faith and even defend it from the point of view of the faith.

The Example of Honor Killings

Honor killing is defined in Wikipedia as, An honor killing is the homicide of a member of a family by other members, due to the perpetrators’ belief that the victim has brought shame or dishonor upon the family, or has violated the principles of a community or a religion, usually for reasons such as refusing to enter an arranged marriage, being in a relationship that is disapproved by their family, having sex outside marriage, becoming the victim of rape, dressing in ways which are deemed inappropriate, or engaging in homosexual relations.

Numerous evidences can be presented to demonstrate how it is not permissible for such individuals to take the law into their own hands and kill someone due to “violating honor.”

Sa`d ibn `Ubadah said to the Messenger of Allah (peace be upon him), “What do you think if I find with my wife a man, should I give him some time untilI bring four witnesses?” He said, “Yes.” (Ahmad and Abu Dawud))

In the narration from Abu Hurairah, it states, Sa`d ibn `Ubada al-Ansari said, “Messenger of Allah, tell me if a man finds his wife with another person, should he kill him?” Allah’s Messenger (peace be upon him) said, “No.” Sa`d said, “Why not? I swear by Him Who has honored you with the Truth.” There upon Allah’s Messenger  said, “Listen to what your chief says.” In another narration in al-Bukhari where Sa`d swears that he would kill the man, the Prophet commented, “Do you wonder at Sa`d’s sense of self-respect? Verily, I have more sense of self-respect than Sa`d, and Allah has more sense of self-respect than I.” (Muslim)

Commenting on this hadith, Ibn Battal stated that this hadith proves that a man is to be put to death if he kills a man for being with his wife. This is so because Allah, even though He has more self-respect than Sa`d, has obligated that there be witnesses in the case of hudood (legal punishments). No one, he says, can transgress the limits of Allah and simply kill someone based on a claim.

Finally, other hadith describe that the husband has recourse to lian if he finds his wife with another man.

Lian is described in the following verses of the Qur’an:

Al-Bukhari and others record, as part of a lengthy hadith:

`Uwaimir came (to the Prophet) and said, “O Allah’s Messenger! A man has found another man with his wife! Should he kill him whereupon you would kill him (in retaliation) or what should he do?” Allah’s Messenger (peace be upon him) said, “Allah has revealed regarding you and your wife’s case in the Qur’an.”

So Allah’s Messenger (peace be upon him) ordered them to perform the measures of lian according to what Allah had mentioned in His Book.

Unfortunately, even though the texts related to this issue seem to be explicitly clear and beyond any question, one has to recognize that there are Muslim organizations and individuals that have come to the defense of the practice of “honor killings.” This has been perhaps most notable in Jordan, where honor killings have been legally accepted, in one way or another.

Muhammad Fadil has written, Article 340 of the Jordan Penal Code, reads in part, “Anyone catching his wife or one of his immediate family in a flagrant act of fornication with another person, and kills, injures or harms both or either of them, will benefit from the exculpating excuse…” In response to recent moves by King Abdullah II of Jordan to eliminate this part of the code, one “Islamic” group responded, “those who are voicing their concern for the lives of a group of women, they ought to show concern for their lives as chaste women with their honor protected, otherwise, what is life worth for a woman who profaned her honor and stained the reputation of everyone related to her? Who would repair the moral damage that she has inflicted upon her family? Her killing would probably be a salvation for her from the misery of living with her sin.”

The following quote also demonstrates how much this act has permeated this Muslim society:

The government’s proposals to abolish or amend Article 340 met with fierce resistance from the public and its leaders alike. Clearly, honor murders enjoy the approval of the majority of Jordanian society. A Jordan Times survey revealed that 62 percent of Jordanians oppose the amendment of Article 340, mostly out of fear of “moral corruption in society.”

Perhaps what makes the stance of those Muslim groups even more bizarre is that the law allowing such honor crimes is actually the result of a blind acceptance of a Napoleonic law that was adopted by the Ottomans, Syria, Lebanon and Jordan and now it is being defended as part of Muslim culture.

Perhaps one word best describes the behavior of a Muslim who would kill another Muslim in the name of “honor”: Extremist. That Muslim has gone beyond the limits that the Prophet (peace be upon him) clearly set in the above quoted hadith. That is the essence of extremism. In addition, it is a form of turning away from what the Prophet brought—probably much worse than the one who intended not to marry as a means to worship Allah—while the Prophet has said:

“Whoever turns away from my Sunnah is not from me.” (Al-Bukhari)

In sum, it has to be recognized that this practice is not part of Islam at all. Indeed, it is obligatory upon Muslims, especially the scholars, to eradicate this practice which is clearly a violation of Islamic Law.