How acts of worship are viewed in Islam? Why do we worship God? Why did God create me? Why do I need such ritual acts when I am pious enough? 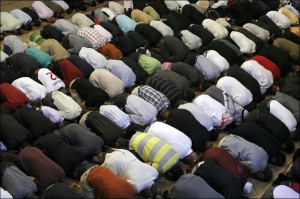 Prayers, fasting, and all other actions are the chief means for strengthening man’s attachment to Allah

It is the greatest loss for any one of us humans to have lived our entire lives without knowing what we were created for, and that is the worship of God (Allah).

Here I will attempt to address the different issues p

ertaining to `ibadah (worship) and will rely on the revelation (Quran & Sunnah) for guidance.

The Meaning of `Ibadah in Islam

It is a comprehensive word that means a state of complete subservience, humility, submission, and subjugation, combined with absolute love, and adoration. Such a combination of feelings should only be directed to One Being (God); and would be contradictory with regards to anyone other than Him.

`Ibadah can also be defined as a comprehensive name for all the sayings, actions, and abstinences that Allah loves.

`Ibadah: The Purpose of Our Creation

And We have not created the Jinn and Mankind except to worship Me. (Adh-Dhariyat 51:56)

He who does not fulfill the mission he was created for has wasted his life! It is quite sad to see people work hard for a future about which they have no assurance they will live to have, while neglecting to work for the certain future of all human beings, which starts from the day we depart from this world.

There are four types of `ibadah:

1- The sayings of the heart

2- The actions of the heart

3- The sayings of the body (tongue)

4- The actions of the body

Here we will focus on the sayings and actions of the body including the tongue as a means for strengthening the attachment between the servant and his Lord.

First let us refute a blasphemous argument concerning the acts of worship.

Some deviant people claimed that the ritual acts of worship are not very important and, they can be dispensed with and, the purity of the heart, goodness of intention, and soundness of conduct are the basis of true faith.

This argument is incorrect in many ways:

• If what they say is true, then all these commands by Allah in the Qur’an are vain, and void of meaning, and, if they claim some were exempted, they need to point out to us where the exceptions are.

• The history of the Prophet (peace be upon him) and his Companions testifies to the opposite of this argument for, they are the best of all generations and, had it been true that someone is not in need for the ritual acts, they would have been the most deserving of such a “station” however, they were the most observant of all the acts of Islam.

• Rationally, that argument lets those who are the most deviant claim to be the most devout of all, and there will be no parameter with which people are judged. (Knowing that we only judge the exterior and, use it as an indication of the interior; and absolute knowledge only belongs to Allah.)

• What will filter through a pot is that which is inside; Hudhayfah (one of the Companions) said: “If his heart was humble and tranquil his limbs would have been.”

• Those prayers, fasting, and all other actions are the chief means for strengthening man’s attachment to Allah.

“The difference between us and them (non-Muslims) is the prayer; he who abandons it had become a disbeliever” (Muslim)

And he didn’t make any exceptions of that rule.

• To say ‘I am pious enough and, I don’t need to do any of these ritual acts to get closer to Allah’ entails praising oneself and, Allah says:

Have you not seen those who claim sanctity for themselves? Nay, but, Allah sanctifies whom He wills; and they will not be treated with injustice even equal to a thread in the long slit of a date-stone. (An-Nisaa’ 4:49)

• The Christians who claim their religion is faith-based (and not action-based) have opened all gates of evil for the followers of the religion. You only need to believe that Jesus died for you, and you are granted salvation. Your past and future sins have been paid for by someone else.

With this open invitation to evil, it is not surprising to see their communities drowning in sin, such as illegal sexual behavior, drinking, family breakdown, and yes excessive use of violence within and without their communities. After all, no followers of any religion killed more people than the followers of Christianity.

Dr. Hatem Al-Haj is the Dean of College of Islamic Studies – Mishkah University .