It’s hard to put a finger on what makes someone charismatic. But good looks, stellar communication skills and projected confidence are often good indicators of someone who’s widely admired and respected. 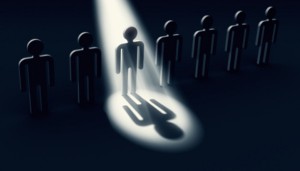 Charismatic people recognize that everyone has value, and share that sentiment either explicitly or implicitly.

Who Is the Charismatic?

Nevertheless, there are other things that can make someone charismatic; things that don’t necessarily require perfect packaging and the gift of gab.

For too many of us, it’s only natural to give in to negativity, to treat others dismissively and to never show our authentic selves for fear of being rejected or ridiculed. Those tendencies lead us to superficiality and self-centeredness – hardly the land of charisma.

But by harnessing and developing positive substitutes to these turn-off traits, anyone can add to their charm and interpersonal effectiveness.

Here are three of these tried and true ways of dealing with others:

Most of the daily conversations we have with others run the gamut from brief, ritualized acknowledgements (a few words exchanged in an elevator), to slightly more extended ritualized interactions (shooting the breeze with the mailman or a neighbor), to lengthier and more substantive exchanges (professional conversations at work about operational challenges and tasks).

Charismatic people exude competence and courage by finding appropriate opportunities in these exchanges to engage others on an emotional level; to go beyond the superficial and by example encourage the sharing of feelings about the issues and actions being discussed.

Of course, it takes courage to tell others how you feel about something, particularly about controversial issues on which you may not be confident in your position or feel that authentic self-disclosure may diminish your status in others’ eyes.

The key is to be well-informed by reading widely on the issues that matter to you, listening objectively to different viewpoints and seeking to understand what may appeal to someone else’s values in contrast to yours.

Status is our place in the social pecking order. When we feel our status is lower than that of someone we’re in a conversation with, we feel a threat response that can hurt as much as physical pain, according to neuroscience research.

Cameron Anderson, professor of management at UC Berkeley’s Haas School of Business, says, “Whenever you don’t feel valued by others it hurts, and the lack of status hurts more people than we think.”

Other research shows that chronic psychosocial stress due to perceived low status even has long-term health ramifications, with people developing more diseases and dying sooner.

The reason we often feel good around someone charismatic whom we also recognize as having higher status than us is that they enable us to see better versions of ourselves — in other words, they lift our status. They reflect our aspirations about what we could be, if someone would only recognize our potential.

So, enhance individuals’ status by recognizing that everyone has value, and then share that sentiment either explicitly or implicitly. A receptionist may have lower status than a department manager, but by tacitly acknowledging the former’s value in keeping communication channels flowing throughout the day, the manager can foster a positive emotional connection that has repercussions beyond their interaction and throughout the organization.

By being aware of the importance of status perceptions in people’s lives, we can positively affect how others see themselves and ultimately how they view us.

Obstacles, failures and setbacks: they’re a natural part of life. Whatever goal we set for ourselves, whatever journey we’re on, life often has a surprise twist in store. Rarely does anything ever go exactly as planned.

Our ability to deal with these frequent and inevitable obstacles and the choices we make in light of them often determine how we’re perceived by others.

One of my coaching clients, a successful and charismatic rising executive at a Fortune 100 company, admitted he was a terrible student as a kid, not paying much attention in class and skipping school regularly. College was out of the question. One Christmas Day, just after he had turned 14, he got the devastating news that his mother had been murdered. Soon, however, he decided that this unspeakable tragedy would have a positive outcome. His mother had always wanted him to go to college one day, so he threw himself into his studies, became an A student and continuously challenged himself to become someone of whom his mother would be proud.

Be it personal tragedy or professional setbacks, charismatic people actively figure out what good can be extracted from obstacles and how those reversals can help them succeed in accomplishing their goals.

By adopting a mindset that meaning is not created by the circumstances we face in life but by how we view them and respond to them, we can free ourselves from the shackles of disappointment and perceived failure.

There certainly are plenty of role models to inspire us – from great inventors, explorers and business leaders who had the mental fortitude to overcome obstacle after obstacle before finally succeeding, to the fictional heroes of books and movies who rarely make it to a happy end without enduring some bumps and bruises. It’s those people we look up to, so why not adopt that same mindset and strength of will?

In a nutshell: charisma can be developed. Being more authentic in the way we communicate with others, recognizing and appreciating their value and communicating this in some way, and perceiving obstacles not only as temporary incidents that can be overcome but as actual opportunities to reach your goals, are just a few of the roads on the way to respect and admiration.