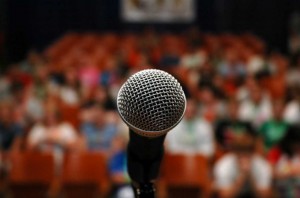 Prophet Muhammad was chosen to deliver God’s message to all mankind.

The ability to communicate with one another is a precious gift God gave humans. It’s amazing to be able to turn our thoughts, feelings, and ideas into different codes we could transmit to others and receive feedback through our different senses; thus enabling us to learn, teach, and interact with others in our communities, as well as with the universe at large.

Through these same codes of communication, God would also communicate His presence and His messages to people -through special envoys- in order to guide them and lead them to safety until the end of their journey of life.

In every era of history, special individuals from among the people alive at that time were chosen to transmit His messages, those were the messengers of God ( may peace be upon them all).

Their role as communication mediators, concerned with delivering precise messages from The One God to their nations required exceptional communication skills: they had to be very eloquent in language and knowledgeable in local culture in order to deliver exceptional orations; physically attractive charismatic leaders to command respect and attention during their presentations.

They should be well-mannered to inspire listeners as live examples of their message; skilled at using emotional intelligence to choose their timing, content, and adjust their emotions according to each situation in addition to empathy, wisdom, and patience to be able to listen as effectively as they talk, and to see things from their audience’s perspective in order to offer appropriate solutions.

From among God’s messengers, Prophet Muhammad (peace be upon him) was chosen for a monumental task: to deliver God’s message to all mankind until the end of time.

So, not only was he commanded to inform his own people in his geographical environment during his lifetime, but his mission stretched to include communicating with every human, in every corner of the world, from the day he was chosen as a Prophet to the very last day on this earth.

When I think about this impossible communication situation, I immediately remember one of the first verses of the Qur’an revealed to him at the start of his mission:

We shall send down to you a weighty Message. (Al-Muzzammil 73:5)

And indeed it was a weighty message, not just in its great content, but also in the immense communication skills required to deliver it thoroughly to a never-ending line of diverse audience, spanning numerous eras and places, through barriers of time, culture, and whatever unimaginable changes human progress would bring.

Today, Islam is the fastest growing religion on earth, with followers approaching two billion people. It’s astonishing to see Muhammad (peace be upon him) succeed in this mission, despite the colossal hurdles.

We can’t help but wonder: what are the communication skills that this unique man possessed which qualified him for the honor -and agony-of this ‘mission impossible’?

I’d like to explore with you in this series of articles different aspects of his style of communication; perhaps we could improve our daily lives wherever we live in God’s vast world.

We Are Together On This

As a timeless example for mankind, Prophet Muhammad (peace be upon him) had six main spheres of communication working in parallel all the time: the first sphere was his connection with God; then with his family; his companions, the Muslim community; his enemies; and the rest of the world. He managed to handle all of them successfully with astounding skill.

In today’s fast paced material world, we sadly watch those spheres morphing together and rapidly shrinking to include only our immediate needs, worries, and ambitions.

In our race for more possessions and personal success, we feel we don’t have time for others, so we connect with them less, and focus on ourselves more.

The result is a world on the verge of destruction because of an increasing number of selfish humans, who communicate less, care less, and take more than their share of everything, even clean air to breathe.

To regain its balance, the world needs more people who are in touch with humanity and with the universe; whose focus includes the wellbeing of others, of the environment, and of the future, whose perception of our world as one unit makes them care for humanity as one nation.

Recognizing that if the ice sheet in Greenland melts, the Nile Delta in Egypt drowns, and if the ozone layer is damaged in the US, more people suffer skin cancer in Australia, because although we may live far apart, we’re actually all “in the same boat”. Yet, to be able to turn the tide, such good people need to communicate their values to the world urgently and effectively.

The Art of Analogies

This exact situation was one of Prophet Muhammad’s challenges. Amidst the corruption of the world he was brought into, it wasn’t enough to preach directly, he needed exceptionally effective communication to change paradigms decisively and quickly in order to change the world in one lifetime. So, sometimes he used analogies to illustrate concepts. The Prophet (peace be upon him) said:

“The example of those abiding by God’s rules in comparison to those who violate them is like people who drew lots for their seats in a ship. Some of them got seats in the upper deck, and the others in the lower. When the ones below needed water, they had to go up to bring it (which troubled the others), so they said, ‘Let us make a hole in our share of the ship to get water and save those above us from trouble’. If the people in the upper deck left the others do what they had suggested, all the people of the ship would be destroyed, but if they prevented them, both parties would be safe.” (Al-Bukhari)

This simple analogy gives us a vivid mental picture to remember and reflect on. It drives in a deep lesson with minimal effort yet with lasting effects. It even gives us a creative idea for communicating an important concept visually to children in order to raise awareness for the future of our environment.

One of my Muslim friends in a Western country complained that kids in her neighborhood are constantly misbehaving, to the extent of spray-painting obscenities on walls. She was wondering if it’s worth it to try to improve the situation, or is it enough to protect her own kids from mixing with their peers and focus on her own home rather than trying to improve the community.

Reflecting on the boat parable, I suggested she involves the parents and the local Imam in her area to get all the kids (both innocent and guilty) to clean and repaint the wall together, then invite everyone to attend a fun sketch derived from the hadith.

We need to explain how we’re all passengers on the same ship, and that if each of us thinks of their local community as this ship, with some people on the ‘top deck’ (i.e. with more knowledge and faith, and consequently better manners and social responsibility) and some people on the ‘lower deck’, then we would proactively join hands to gently educate the less fortunate, and try persistently to ‘save the boat’.

With yet simple- communication, Prophet Muhammad (peace be upon him) sent us a timeless, universal, multi-cultural message, for young and old, men and women, educated and illiterate, urging us to look outside ourselves, combat our indifference, stretch our attention outside our doorsteps, and get up and make a difference, recognizing that we must not let the wrong-doers take advantage of our beautiful world.
_______________________

Taken with slight modification from Onislam.net.

How to Interact with Others & Be More Charismatic