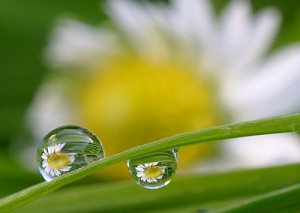 Love is an effective tool of da`wah

This is the second part of a series of articles that deals with the methodology and approach adopted by Prophet Muhammad (peace and blessings be upon him) in inviting people to Islam. The first part focused primarily on the approach used in this study by Dr. Jamal Badawi and the significance of da`wah in Islam. In this part, Dr. Badawi will tackle some specific elements and aspects of the Prophet’s methodology in discharging this sublime duty.

Elements of the Prophet’s Methodology in Da`wah

The Prophet’s methodology in da`wah combines a number of inter-related elements: faith, feelings, attitudes, ways of thinking, and the ability to assess various situations and respond to them. Given the inter-relatedness and inter-dependence of such elements, any attempt to classify them is only a matter of convenience in presentation that is subject to improvement. Following is one such attempt.

1. Sincerity of Intentions The Prophet was not inviting people to fulfill his own worldly desires, nor to glorify his clan, tribe, or people. He was inviting people to submit to Almighty Allah alone, and hence attain true peace and tranquility. He never asked for, or expected, any reward or recompense in any form from any human. This is how the Qur’an described his mission:

In fact, Prophet Muhammad was the embodiment of the Qur’anic commands to him:

Say, “If I have asked you for any reward, you can keep it. It is Allah alone who will reward me: he is witness to everything.” (Saba’ 34:47)

It is noted that such mercy is not meant for the world of humans only. The usage of the plural of “world” in this verse may be understood to refer as well to the other “worlds”, such as the animal world, the world of plants, the ecological world, and the world of jinn. His concern and mercy reached such a level that Almighty Allah instructed him not to overgrieve because of the insolence of the rejecters of faith:

Then perhaps you [O Muhammad]  are going to worry yourself to death over them if they do not believe in this message. (Al-Kahf 18:6)

The Prophet’s concern, goodwill, and love of people is beautifully expressed in the following hadith: Abu Hurairah (may Allah be pleased with him) narrated: I heard Allah’s Messenger saying, “My parable and the parable of the people is that of a man who kindled a fire, and when it illuminated what was around it, moths and other insects began to fall into the fire. The man tried to prevent them [from falling into the fire] but they overpowered him and rushed into the fire.”

The Prophet added: “Now, similarly, I take hold of the knots of your waist [belt] to prevent you from falling into the fire, but you insist on falling into it.” (Al-Bukhari)

It would have been enough for the Prophet to stand aside and warn people and then let them face the consequences of refusing to heed his warning. He does not stop at that, but is trying earnestly to pull them away from the fire. Yet the parable implies that he cannot save everyone from the fire, so he tries to save as many persons as possible.

This is surely an act of love and genuine concern even for those who reject him. A frequently recurring question is whether it is permissible for the Muslim to “love” a person who rejects the call of Islam. This question may result from the lack of distinction between loving the act of rejection of faith and loving the person for other reasons.

According to the Qur’an (Al-Ma’idah 5:5), it is permissible for a Muslim to marry a chaste “believing” woman from among the People of the Book who did not accept the invitation to Islam. Is the Muslim allowed to love her? The answer is in the Qur’an:

And of His signs is that He created for you from yourselves mates that you may find tranquillity in them; and He placed between you affection and mercy. (Ar-Rum 30:21)

There is no indication in this verse that “spouse” means only a Muslim spouse to the exclusion of a wife from among the People of the Book. Likewise, there is no dispute that the Prophet loved his uncle Abu Talib, and tried to help him accept Islam until he breathed his last. In both cases, “love” is not directed at rejection of Islam, but at good human qualities.

This issue is significant in the matter of da`wah. It is that type of universal love and concern for humanity that enabled the Prophet to respond kindly, but not in kind, to his abusers, especially those who were victims of false propaganda against him.

One such noble example is when Abu Hurairah came to him crying after he heard his own mother (an idolatress at the time) verbally abusing the Prophet after Abu Hurairah invited her to Islam. Abu Hurairah then asked the Prophet to pray for her guidance. Instead of invoking a curse on her, or rebuking Abu Hurairah for his request, the Prophet said, “O Allah! Guide Abu Hurairah’s mother.”

Shortly afterwards, Abu Hurairah came back crying, this time with happiness not grief; his mother decided to accept Islam on her own (Al-Mundhri). It should be noted that the Prophet seldom invoked a curse on his abusers, and rare exceptions to that were in the context of cold-blooded and brutal murderers, such as those who killed the memorizers of the Qur’an. Otherwise, he neither initiated invoking a curse, nor did he even when requested by others to do so.

Abu Hurairah narrated that Al-Tufail and his companions came to the Prophet and said “O Messenger of Allah, the people of Daws have rejected Islam, so invoke prayers against them.” The Prophet prayed instead: “O Allah! Guide the people of Daws and bring them (to Islam)“ (Al-Mundhri).

Similar acts of mercy and concern were shown by the Prophet in response to the insults and harassment by the people of Ta’if. Such acts did not stem from weakness, as he showed the same character at a moment of great victory and power, when he finally entered Makkah.