Da`wah is not about perfection, it’s about study, practice, and development. Start with yourself, then share your faith with others. Learn more here… 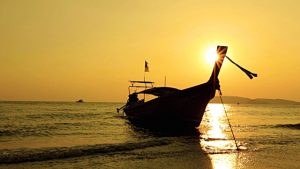 Be happy about sharing your faith with others.

The community that fails to promote its values ceases to exist. That much is universally recognized, and Muslims are no different. But we are not interested in da`wah just because we have a sentimental attachment to Muslim culture.

Our main concern is obedience to the commands of Allah and to follow the example of His Messenger.

The Importance of Da`wah

What is the evidence that da`wah is really essential to our faith? We find that Allah has said:

This is a reminder for all humanity, for those who desire the straight road. (At-Takwir 81:27-28)

Our lives are filled with choices from the mundane to the profound. Every day we find little challenges and opportunities for personal growth and disappointment. We are given time in life to choose to surrender to our Maker. Can you imagine it? It is even a choice for us to deny our Creator!

Indeed, many people have sought to forget, so to speak, their dependence on Allah. They bury themselves in work or pleasure and would have others do the same so they need not feel guilty about that missing element in their life, namely faith and responsibility.

But it is the plan of Allah that His creatures should have ample opportunity to remember themselves and their true nature. Those who know and understand have to wake up those who are asleep.

That is what da’wah is about.

And We have made you a moderate community that you may be a witness to humanity even as the Messenger is a witness to you … (Al-Baqarah 2: 143)

Now let us tum to the next level of authority to see what the Prophet (peace be upon him) told us about da`wah:

“Convey this Message, even if only one sentence (ayah).”

“Learn the required precepts of Islam and the Qur’an, then teach them to others, for I will not live forever.” (Al-Bukhari)

Every Muslim, man or woman, is bound by the injunctions of Islam and must therefore make da`wah an important part of their lives.

If you say you are committed to your job or your family you will do things unquestioningly and without hesitation. Why? Because you have a vested interest in the enterprise. Is serving the Preserver of the Universe any less important?

For many people it seems like a task of gargantuan proportions, but it really is not. It is rather a duty of responsibility, not of hardship.

Be happy about sharing your faith with others. It’s important to you and you know it will benefit the spiritual void plaguing this land.

Now let us proceed and take a look at our fitness to do da’wah. Are we properly qualified, and what are those qualifications?

Whose word is better than one who calls people to Allah, works righteousness and declares, ‘I bow in peaceful surrender (to Allah)’? (Fussilat 41:33)

It’s about peaceful surrender to Allah, i.e. Islam. The root verb from which the name of our faith is derived signifies the concepts of peace and surrender. Islam can be defined, then, as the peace that you get when you surrender your will to Allah.

Islam is a faith whereby every Muslim is a “priest” unto himself.

Thus, because Islam makes no arrangements for a religious hierarchy, every Muslim is responsible for working out his or her own salvation through the grace of Allah. Therefore, of course, only those who are sincere in following the right road can help others to discover it.

For example, how would it be if a person called himself a Muslim but then drank alcohol, used foul language, had an unkempt appearance or seemed to be far too concerned with wealth to be a shining example of goodness and upright conduct? Not only would he or she look bad, but others would judge Islam by his or her actions.

Granted, the average Muslim conforms generally to many of the more obvious Islamic trappings. Perhaps he or she will marry a Muslim spouse, carry certain cultural items like beads, say ‘Salam’ and eat tabouleh or biryani religiously, but we must remember that Islam is a total way of life, and not a cultural expression or nationality.

Our place of birth has no more to do with whether we are a sincere believer than our height or weight.

The Word of Allah could not be more succinct:

Besides following Islamic guidelines, every Muslim must cultivate within him and herself the virtues of patience, consideration, respect, courtesy and tolerance. But these qualities cannot be learned from a book.

They come, rather, as a natural consequence of full adherence to the Islamic way of life. Someone who lacks such characteristics may deliver the most brilliant presentations, but if all the listener notices is arrogance and callousness, his speech will have little effect.

But does this mean that a Muslim must be perfect in his belief and practice before he can tell others about his faith? Of course not.

No Muslim can be perfect. For life is a process of continual improvement. As you learn about Islam you hone your beliefs and your actions, which leads you to tell others of the faith which leads you again to learn more. It is an ever-growing circle of study, practice and improvement!

Anas relates that, “We asked the Prophet, ‘0 Messenger of Allah, shouldn’t we refrain from calling others to goodness if we don’t practice all good things ourselves, and shouldn’t we refrain from forbidding wrong things until we ourselves have abstained from all the bad?’ ‘No,’ he replied, ‘You should call others to goodness even if you don’t do all the good, and you should forbid bad things even if you don’t abstain from all of them yourselves.’” (Al- Tabarani)

Da`wah to One’s Self

The first step in da`wah is to give da`wah to the self. This means that a Muslim must imbibe the spirit of Islam in his or her heart and mind. It certainly would not be enough to say, “Read this or that,” however, for learning to surrender yourself to your natural inclination (fitra) is a task that requires the strength of the entire individual; not just a book and a few hours reading time.”