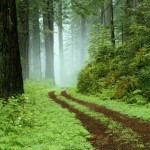 A true caller works hard to guide others.

I still remember the words of a man who contacted me inquiring about Islam. He said: ‘I have always believed what Muslims believe, but I never knew about Islam until now’.

He and his family had contacted me to continue their quest for knowledge. They had been in Kuwait only two months when the father, an engineer working for local petroleum Exploration Company, had first been exposed to Muslims. He was greatly affected by their hospitality and warmth. As he spent more time with them, he came to understand that what was inviting about them was their faith. He began to ask questions about Islam and eventually began reading the Qur’an.

He was so impressed by the Qur’an, that he accepted Islam with his whole heart without any hesitation. For the first time in his life, he felt contentment and inner peace. He then began working hard to guide his family to Islam. His wife and children noticed the positive changes that Islam brought into their life, and embraced it themselves.

They were all practicing Islam together and continuing to study. Today, Islam makes them stronger and happier. On the day I met them, they told me that they came to discuss a few issues and ask questions. Before they left, they told me that when they returned home, they would make da`wah, telling people about Islam in hopes that they too would convert.

Does This Happen Every Day?

Millions of people around the world are sincerely searching for the Truth but have no true guidance. Why? Muslims are not doing enough da`wah. Unfortunately, da`wah is no longer the center of the Muslim lifestyle. Today, Muslims are so absorbed in their own lives that they have become totally indifferent to inviting people to Islam. Somehow, we have forgotten that da`wah is an essential for the Muslim Ummah to restore its leadership position in the world by giving da`wah its due place-at the top of the Ummah’s priorities, in fulfillment of its mission of Tawheed.

Da`wah is to invite mankind to worshiping Allah alone, follow His straight path, and keep away from all sorts of disbelief and evil. The Qur’an tells us:

And We sent not before you any messenger except that We revealed to him that, ‘There is no deity worthy of worship expect Me, so worship‘. (Al-Anbiyaa’ 21:25)

And of all issues and conditions which must be maintained the following two are of utmost importance:

First, when we give da`wah, our main concern should be to make sure Allah’s Message reaches people in a clear, proper and convincing way so that they are targeted according to their level of understanding, background and culture. Our sincere aim and focus should be to deliver da`wah with wisdom and good manners.

We should not be concerned with the results of our efforts, for that is in Allah’s Hands. And He has taught us in the Qur’an that it is not part of this responsibility to ensure that people be guided to the truth, and that “There is no compulsion in religion”. (Al-Baqarah 2:256)

Second, inviting people to Islam should be deeply and strongly rooted in compassion. The motives behind it has to be love of people and concern that they follow the truth and be saved from disbelief and its evil consequences. This was beautifully summarized by the Companion Rab’ee ibn `Aamir when the king of Persia asked him why the Muslims came to Persia. Rab’ee then told the king: ‘Allah has sent us, with His Message to mankind, so that we release whoever desires, from the worship of people, to the worship of the Lord of people, from the injustice of man-made religion to the justice of Islam, and from the strangling of this world, to the disburden and grace of the Hereafter’.

Dawah is an obligation for every Muslim according to his/her ability and knowledge. Allah (Exalted is He) said:

Invite to the Way of your Lord (Islam) with wisdom and fair preaching, and argue with them in a way that is better. (An-Nahl 16:125)

Allah’s order ‘invite’ as stated in this verse is presented in a general form indicating that all Muslim, individual and collectively, are included in this obligation. To this end the prophet (peace be upon him) has said: “Convey from me even one verse”. (Al-Bukhari)

Calling people to Allah is one of the noblest acts one that results in great reward, “And who is better in speech than he who invites people to Allah and does righteous deeds, and says: ‘I am one of the Muslims.’” (Fussilat 41:33)

The Prophet has said: “Whoever guides (another) to a good deed will get a reward similar to the one who performs it.” (Muslim) and, “By Allah, if Allah were to guide one man through you, it would be better for you than the best type of camels.” (Al-Bukhari and Muslim)

Thus, it is the duty of all Muslims to remove obstacles from the way of da`wah so that the message of Islam, the last message from Allah to mankind, could reach every place in the world.

Role of the Muslim Ummah

The Muslims Ummah is expected to reach great heights, to be example to mankind enjoining right and forbidding wrong. Allah says:

You have been the best Ummah (nation) ever presented to mankind, enjoining what is right, forbidding what is wrong and believing in Allah. (Aal `Imran 3:110)

The Muslim Ummah must provide leadership in faith and project strong virtues. It should motivate people to do good until good prevails. To do so, the Muslim Ummah should set the best example in Justice, equality, adopting system of consultation, and the protection of people’s rights. It narrated that when Sa`d ibn Abi Waqqas conquered Hems, a city in northern Syria, he collected the jizyah (tribute; taxes for military-service exemption of non-Muslims) from its people, who were Christians. Then he was ordered to leave and go to another city. Before he left, he returned the taxes back to the Christian saying: ‘We collected this money in return for your protection. But now we are leaving and we cannot protect you anymore, so we cannot protect you anymore, so we are returning it’. Amazed at this honesty and justice, many said: ‘No one has ever treated us like this, neither the Romans nor the Persian’. Many converted to Islam as a result.

The Caliph Umar Ibn Abdul Aziz was a bright example of a just ruler. During his Caliphate, poverty was eradicated, maybe for the first time in history, and Muslims could not find poor people to distribute the zakah (obligatory alms). At his time, so many non-Muslims entered Islam that some of his governors complained of the lack of Jizyah revenue. He sent them a letter reminding them that Allah had sent Muhammad to mankind as a guide, and not as a tax collector.

In fact, the Ummah’s role in da`wah is the most effective way of spreading the Message of Islam. Therefore, Allah warned us that if this Ummah turns away from this job, he will replace it with another Ummah who would do better in establishing Allah’s Rule and calling people to His message, “And if you turn away, He will exchange you for another people and they will not be the likes of you.” (Muhammad 47:38)

Many scholars point out to the absence of da`wah as one main reason that the Ummah has the present-day situation weakness and inability.

The Role of Organizations

Let there arise from among you a community of people who invite others to all that is good, enjoining what is right and forbidding what is wrong. Such are they who attain the true success. (Aal `Imran 3:104)

Scholars have interpreted this verse to mean that the Ummah must provide dawah with all the organization and support its needs. This can actually be the best way to fulfill its obligations towards da`wah.

This verse therefore, directs Muslims to preparing enough places and qualified professional people to carry on all the tasks of da`wah, such as scholars, Imams, reformers, social workers, universities, institutes, da`wah centers, etc. Their responsibility should include delivering da`wah, research and planning, and serve as a reference for workers in da`wah so that they turn to them for guidance and consultation.

The Role of Individual

As we stressed before, every Muslim man or woman is obligated to call to Islam according to his/her capacity. Conducting da`wah is essential for maintaining one’s faith and keeping away from disbelief. Allah says: “…and invite to your Lord and be not of Mushriks (those who ascribe partners to Allah)” (Al-Qasas 28:87)

Furthermore, da`wah is the way of the true followers of Prophet Muhammad. Allah says:

Say (O Muhammad): ‘this my way: I do invite unto Allah, on evidence clear as the seeing with one’s eyes, I and whoever follows me: Glory to Allah! And never will I be of the Mushriks’. (Yusuf 12:108)

Personalized dawah can be a very effective way of delivering the message of Islam. But individuals must possess knowledge, be aware of certain conditions and must develop some good manners for their da`wah to be successful.

In order to make da`wah easy for people to accept, the caller should introduce Islam gradually in a way that matches their ability and person’s response or reaction to it. We should first focus on the Shahadah (Testimony of Faith; the core of what Islam is all about). The Prophet sent letters to the kings and princes of the neighboring countries inviting them to recite the Shahadah.

And as he (peace be upon him) sent Mu`adh ibn Jabal to Yemen, he instructed him to teach people the pillars of Islam-step by step, in order of importance and according to the way they respond, otherwise they may refuse it. He said to Mu`adh: “Invite the people to testify that none has the rights to be worshiped but Allah and that I am Allah’s Messenger. If they obey, then teach them that Allah has enjoined on them that Allah has made it obligatory on them to pay the Zakah from their property. Zakah is to be taken from the wealthy among them and given to their poor.” (Bukhari)

A look at the life of the Prophet and his Companions reveals some of the conditions that must be there for one’s da`wah to be successful.

2. Trusting in Allah and seeking of support.

3. Willingness to sacrifice time, money, and self-pride for Allah.

8. Communication and cooperation with other Muslims working in dawah.

10. Awareness of current problems and contemporary issues in the community.