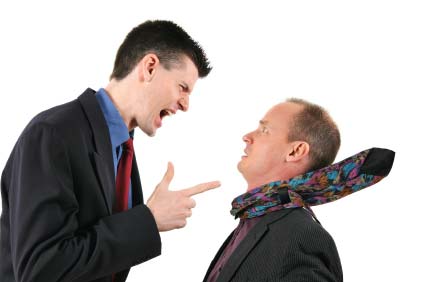 Do not try and force me to change my mind. Explain to me in a calm tone.

While travelling to give talks and lectures around the world, I meet many people who are not Muslims and who are curious about my culture. Some of them have had wonderful impressions and want to share their stories and others share the lessons they learnt the hard way from less fortunate incidents.

This series is an effort to listen to the advice of non-Muslims for Muslims on how to best represent Islam, taking into consideration that not everyone who is curious about Islam wants to become Muslim, and that gaining the respect of non-Muslims is just as precious as gaining a new Muslim, particularly in non-Muslim countries where Islam is under constant attack.

This advice comes from non-Muslim women in Western countries. You can find part one here

In the previous article we have talked about respect for others’ identities and beliefs and refraining from threatening them with dire consequences in the afterlife if they don’t become Muslim. In this part we will talk about some equally important points:

Many of the people I have talked to who have had experiences with Muslims in their communities have complained of the same problem: shortly after they were told about Islamic basics, they were expected to convert to Islam.They complained of being pushed and rushed to pronounce their shahadah (declaration of faith). This is particularly true of non-Muslim women who have married a Muslim man and who have not converted to Islam. They have complained to me of the husband’s family members focusing too much on rushing them to become Muslim, which in most cases actually results in the opposite effect.

Having patience is one of the traits of a Muslim, and I’m not sure why it’s not practiced in these cases. Most probably born Muslims are too excited about gaining a new Muslim and assume that all a person needs to change faith is some “encouragement” from others. This of course is not true, but unfortunately many have little or no experience of dealing with non-Muslims or people from different cultures.

Changing religions, or adopting a religion for someone who used to be an atheist or non-believer, is a major, life-changing decision that needs a lot of soul-searching and coming to terms with the huge changes a person will have to make to his behavior and daily life. It’s not fair to push or rush someone in such a situation, and it’s not in anyone’s interest if that person either hates the whole idea forever, or makes a hasty decision just to relieve the pressure, while they’re not really convinced.

“Do not try and force me to change my mind. Explain to me in a calm tone. Explain to me with kind words not heated or emotional expressions. If our discussion makes us angry, let us stop and come back another day. But let us always come back and talk about it calmly and kindly, in a friendly and open environment,” wrote one of the women who had been through a lot of discussions with Muslims of different backgrounds.

This is particularly true for those who have just begun their interest in religion in general, the idea of religion itself needs to be established first before moving to explaining any details, and this has to take all the time it needs, no one can rush comprehension.

Here is how a non-Muslim woman had put it in her own words:

“I might come from a world that has no God; or where God is seen as being out of a job nowadays. Understand that it is difficult to grasp the greatness of something that you have never experienced before, that it is hard to re-program yourself to accept something that is larger and greater than yourself, in a world where it is always all just about you.”

And here is some precious advice from a Scandinavian convert to Islam:

“When I talk to people about Islam, I never have the intention of converting them, rather, I always focus on addressing their fears that they have gained from the media, and encouraging them to find the truth by reading on their own. It’s up to them to decide their beliefs, but it’s not fair not to try to offer them more information to make a better decision of respect rather than fear or hate.”

I totally agree with this approach and do the same myself. It’s very important and precious to gain a wide circle of friends and supporters from different faiths in non-Muslim communities.

I remember the story of a Greek young woman who was researching Islam and was sending me in-depth questions constantly for over a year. I answered her questions with the approach above and respected her need of personal space and time to think and process the information, sometimes as long as several weeks each time. I kept the friendly relations out of genuine human connection and not as a tool to preach to her about my faith, and I never talked about Islam except when I was asked.

Meanwhile, I was also doing my best to be a good Muslim myself in my manners and relationship with the world because I believe this is a much more effective tool in calling people to Islam than direct lectures.

Then one day, my Greek friend called me from a mosque in London and put the speaker on, she wanted me to hear her declare her shahadah, which I had never asked her to pronounce. It was a very emotional moment for both of us as women, because it was a proof that we had succeeded both as friends and as spiritual beings. She later told me that it was my patience that won her over, not just my detailed answers!

Masha Allah,
may AllahuTala reward u all
profusely for ur sincere efforts and commitments
towards spreading the true message of Islam.