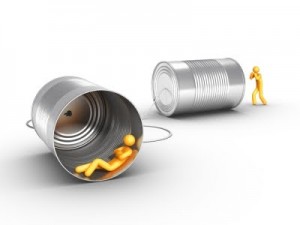 While travelling to give talks and lectures around the world, I meet all types of people who are curious about my culture, or who have had some experience with it and want to share their stories.

Some have wonderful impressions and experiences, and others share the lessons they learnt the hard way from less fortunate incidents.

Some of the richest conversations I’ve had are about people’s experiences with searching for their god. Many around the world today were not born into an organized religion, and their parents prefer to let them choose their own beliefs when they grow up. This is true for millions of young people in Western and Northern Europe and the United States.

In their search for spiritual identity, many non-Muslims stumble upon Islam either in the library or online, from the news or through meeting a colleague at school or work, and naturally they would want to meet the Muslim community in their area to know more. For some, this is the start of a life-changing experience, and for others, it’s a very disappointing encounter.

It seems that we Muslims need to learn a lot of presentation and communication skills, as well as cross-cultural communication principles. I have met some Muslims who were too forceful in explaining Islam, not realizing that not everyone who asks about Islam is ready to be a Muslim, and that sometimes gaining the respect of non-Muslims is just as precious as gaining a new Muslim, particularly in non-Muslim countries where Islam is under constant attack.

For the sake of learning and self-evaluation, I have asked many of the people I met who have had experence with Muslims, to share with me their ideas on what Muslims in their community did right or wrong, and whether they had advice for us to improve our approach and to best represent our religion to those who do not follow it.

One of those people was Linn, a Swedish young woman who has been searching for many years, and who is helping with translating Islamic texts for non-Muslims, as well as helping the immigrant Muslim community in Sweden. She is not a Muslim herself, but she has a lot of respect for Islam, and also a lot of knowledge of both sides through her work and experience.

One of Linn’s unfortunate moments was when the men in a mosque in Sweden almost threw her out because she went into the men’s section by mistake. This was her first experience with entering a mosque! She has been into many other mosques in different parts of the world since then, but the first impression has left a life-long scar.

Linn shared some of her advice to Muslims with me and asked me to share them with my readers, and so did other women like her, which is an attitude I really appreciate, and I’m humbled to bear this responsibility. And so in this series I will carry their voices to you in an attempt to bridge the gap of understanding and to generate respect and friendship rather than resentment and disappointment between Muslims and non-Muslims, particularly in the West.

The first thing non-Muslim women stressed is respect, they were offended when they were assumed to be wrong or ignorant. One of them wrote:

“Respect me as a person. I might not be of your faith, but this does not mean I am wrong or that I am an immoral sinner. This does not mean I steel and lie and have loose sexual behavior, it just means my belief system is different from yours.”

“Treat me with respect as a creature of your God, someone that might be lost right now. But with the right guidance might find the way ‘back’ to Islam since you believe we were all originally created Muslim.”

Some of the women agreed that most women re-think good advice they have heard in the past, particularly when they’re faced with a difficult situation, so that if they seemed not to accept what is explained immediately, the words will not be forgotten. “I just might not be ready to hear them right now.” One of them explained.

Some Muslims think that scaring people will work to get them to believe. This is very wrong, both for Muslim adults and children, and more so for non-Muslims.

Telling people first off that they will burn in hellfire for all eternity is not at all inviting, it’s frightening and scary. What it actually does is stopping people from listening to what you’re saying. Threats never work, no matter how well meaning they might be.

“I think Allah would much rather want me to turn to Him out of love than out of fear,” wrote one of the women, recalling a harsh conversation she had with an Arab Imam who just moved into her western community and spoke to her through a translator.