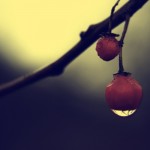 To guarantee the success of Da’wah, the dai’ah should choose the most effective methods of da`wah for the people whom he/she is targeting.

Personalized da`wah from small groups and individuals can be very effective way of delivering the message of Islam if they are qualified, well trained, and skillful in the techniques of da`wah.

This kind of da`wah of is very important because individuals and small groups can easily connect with other individuals, neighboring families, co-workers, as well as members of their communities.

Most of the da`wah activities at present are conducted by individuals and small groups.

Evidences from Qur’an and Sunnah

There are abundant evidences from both the Qur’an and Sunnah encouraging Muslim individuals, men and women, to give da`wah according to their capacities.

1- Qur’an indicates that conducting da`wah is important for maintaining our Islam and keeping ourselves away from Shirk. Allah says:

And invite to your Lord and be not of those who ascribe partners to Allah. (Al-Qasas 28:87)

And who is better, in speech, than one who invites people to Allah and does righteous deeds, and says ‘I am one of Muslims, those who submitted to God’. (Fussilat 41:33)

2- Da`wah is the most significant Sunnah of Prophet Mohammad (peace be upon him) and the way of his true followers after him. Allah (Exalted be He) says:

Say: ‘This my way: I do invite unto Allah, on clear proofs and evidence, I and whoever follows me; Glory to Allah! and never will I be of the idolaters’. (Yusuf 12:108)

O Prophet, deliver that which has been sent down to you from your Lord. If you do not, you will not have delivered His message. God will protect you from men. (Al-Ma’idah 5:6)

3- Qur’an tells that Luqman advised his son to practice da`wah saying: “Enjoin what is right and forbid what is wrong and be steadfast”. (Luqman 31:17)

4- Every Muslim is requested to do his best to practice da`wah to change what is wrong. It is reported that the prophet said:

5- It is also reported that the Prophet was asked “Who is the best one amongst people?” He said: “It is he who excels other people in reading the Qur’an , God-fearing, enjoining the right and forbidding the wrong, fearing Allah, and keeping good relationship with his relatives”. (Ahmad)

The da`iah (caller to Allah) can use appropriate da`wah medium such as press, radio, television, and internet. Of course this requires constant education, preparation and training.

In addition, to guarantee the success of Da’wah, the Dai’ah should choose the most effective methods of da`wah for the people whom he/she is targeting, according to circumstances.

For A Successful Personalized Da`wah

The key for the success of da`wah by example is consistency in words and actions. Da`iah must not contradict what he/ she preaches.

1- Allah has severely condemned those who contradict what they preach:

Do you enjoin the good for mankind, while you, yourselves forget to practice it and you are reading the scripture; have you then no sense? (Al-Baqarah 2:44)

3- Al-Bukhari reported the prophet (peace be upon him) said:

“A man will be cast into the Hell; his punishment will be so severe that his intestines will rotate around him like a donkey rotating around the mill-stone. Then the people of the Fire will gather around him, and they will ask him exclaiming,

However, the above evidences do not mean that the non-practicing Muslim is totally unqualified to practice da`wah.

He should practice da`wah whenever there is a chance, and at the same time he should try to correct himself. Because giving da`wah is the responsibility of everybody in the Muslim community.