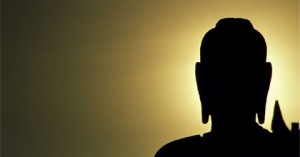 Historical criticism has proved that the original teachings of Buddha can never be known. It seems that Gautama Buddha’s teachings were memorized by his disciples. After Buddha’s death a council was held at Rajagaha so that the words of Buddha could be recited and agreed upon. There were differences of opinion and conflicting memories in the council. Opinion of Kayshapa and Ananda who were prominent disciples of Buddha were given preference. A hundred years later, a second council at Vesali was held. Only after 400 years, after the death of Buddha were his teachings and doctrines written down. Little attention was paid regarding its authenticity, genuineness and purity.

Buddhist Scriptures can be divided into Pali and Sanskrit Literature:

The Pali literature was monopolized by the Hinayana sect of Buddhism.
Tri Pitaka
The most important of all Buddhist scriptures is the TRI-PITAKA which is in Pali text. It is supposed to be the earliest recorded Buddhist literature which was written in the 1st Century B.C.

The TRI-PITAKA or Three Baskets of law is composed of 3 books:

his is a boTok of discipline and mainly deals with rules of the order.

It is a collection of sermons and discourses of Gautama Buddha and the incidents in his life. It is the most important Pitaka and consists of five divisions known as Nikayas. Dhammapada is the most famous Pali literature and contains aphorisms and short statements covering the truth.

This third basket contains meta physical doctrines and is known as Buddhist meta physicals. It is an analytical and logical elaboration of the first two pitakas. It contains analysis and exposition of Buddhist doctrine.

Mahavastu is the most famous work in Sanskrit which has been restored from its Chinese translation. It consists of voluminous collection of legendary stories.

Lalitavistara is one of the holiest of the Sanskrit literature. It belongs to the first century C.E., 500 years after the death of Buddha. It contains the miracles which the superstition loving people have attributed to Buddha.

The principal teachings of Gautama Buddha can be summarised in what the Buddhists call the ‘Four Noble Truths’:

First – There is suffering and misery in life .

Second – The cause of this suffering and misery is desire.

Third – Suffering and misery can be removed by removing desire.

Fourth – Desire can be removed by following the Eight Fold Path.

B. The Noble Eight Fold Path:

Nirvana’ literally means “blowing out” or “extinction”. According to Buddhism, this is the ultimate goal of life and can be described in various words. It is a cessation of all sorrows, which can be achieved by removing desire by following the Eight Fold Path.

III. PHILOSOPHY OF BUDDHISM IS SELF – CONTRADICTORY:

As mentioned earlier, the main teachings of Buddhism are summarised in the Four Noble Truths:
(i) There is suffering and misery in life.

(ii) The cause of suffering and misery is desire.

(iii) Suffering and misery can be removed by removing desire.

(iv) Desire can be removed by following the Eight Fold Path.