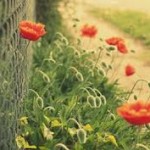 One of the most common, yet groundless, accusations being made against Islam is that it forces itself on others. The picture presented is that if someone does not stop Islam, it will forcefully convert everyone, even at gunpoint.

Here is one of the verses commonly quoted by those who make their living propagating this idea:

This verse is used as evidence that Muslims are required to kill anyone who does not accept Islam. That would mean that any Muslim who does not either forcefully convert or kill every non-Muslim he sees is not practicing Islam. This ridiculous idea is childishly easy to refute. But before we do that, let’s do a brief comparison.

Let’s see what the Bible has to say about violence:

“When the Lord your God brings you into the land… and you have defeated them, then you must destroy them totally. Make no treaty with them, and show them no mercy. Do not intermarry with them…” (Deuteronomy 7:1-3)

“When you march up to attack a city, make its people an offer of peace. If they accept and open their gates, all the people in it shall be subject to forced labor and shall work for you. If they refuse to make peace and they engage you in battle, then lay siege to that city. When the Lord your God delivers it into your hand, put to the sword all the men in it. As for the women, the children, the livestock and everything else in the city, you may take these as plunder for yourselves.” (Deuteronomy 20:10-17)

“However, in the cities of the nations the Lord your God is giving you as an inheritance do not leave alive anything that breathes. Completely destroy them…” (Deuteronomy 20:16-17)

“Now kill all the boys. And kill every woman who has slept with a man, but save for yourselves every girl who has never slept with a man.” (The Book of Numbers 31:17-18)

Jesus is reported to have said in Luke 19:27: “But those enemies of mine who did not want me to be king over them—bring them here and kill them in front of me.’”

The verses in the Bible are much more violent than any of the verses that can be found in the Qur’an. Can you find a single verse in the Qur’an which says: “Show them no mercy!” or “Do not leave anything that breathes!” or “Kill all the non-virgin women!”? Yet, ironically, most of the people who quote verses from the Qur’an about violence consider themselves Christians and believe in the Bible. Why do they ignore their own Scripture and apply a double standard of hypocrisy?

However, the fair Christian will say: ‘These verses must be read in context’. I agree, and the same opportunity of contextualization should be given to the Qur’an as well. 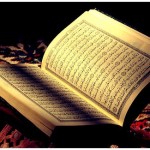 There is not a single verse in the Qur’an which says to harm another person because of their not being a Muslim.

To understand the context of any verse in the Qur’an relating to violence, you only need to do two things:

2- Read the verses before and after the verse in question

This simple technique is so blatantly obvious; it requires a very special “education” to forget to apply it.

Let’s identify the pronouns in the verse we quoted: “…seize them and kill them wherever you find them …” (An-Nisaa’ 4:91). There is only one pronoun, “them”, used three times, and it’s pretty clear that it refers to the same group of people. This group of people referred to as “them” can only be identified if we look at the verses before and after.

Looking at the preceding verses we learn the following:

Verse 88 tells us that the pronoun “them” is referring to hypocrites who pretend to be Muslim on the outside but are actually spies and informants:

Why are you divided into two different parties concerning the hypocrites, when God Himself has turned them to disbelief because of their misdeeds. Do you want to guide those whom God has caused to go astray? You cannot find guidance for those whom God has made to err. (An-Nisaa’ 4:88)

Verse 89 tells us that if these hypocrites turn and fight you, then you are allowed to fight them back:

Verse 90 tells us that Muslims are not allowed to touch anyone who does not want to fight:

Except with those who attach themselves to your allies or come to you with no desire to fight you or their own people. God could have given them power to fight you. Thus, if they retreat, stop fighting and come forward expressing faith in Islam God will not allow you to fight them. (An-Nisaa’ 4:90)

In this example, it becomes crystal clear that “them” is referring to a group of hypocrites who are trying to harm and kill the Muslims. It would have been sufficient in this case to simply quote more of the verse: “So if they neither withdraw, nor offer you peace, nor restrain themselves from fighting you, then seize them and kill them wherever you find them: We give you clear authority against these type of people.” (An-Nisaa’ 4:91)

Proof from the Qur’an

There is not a single verse in the Qur’an which says to harm another person because of their not being a Muslim. On the contrary, there are several verses which talk about respecting non-Muslims.

To further clarify the matter about forced conversion to Islam, let’s look at these verses:

There is no compulsion in religion… (Al-Baqarah 2:256)

Had your Lord wanted, all the people on earth would have believed. So will you force people to believe? (Yunus 10:99)

He does not forbid you to deal kindly and justly with anyone who has not fought you for your faith and driven you out of your homes, God loves the just. (Al-Mumtahanah 60:8)

Could the Qur’an be any clearer on this issue?

Proof from the Prophet of Islam

The second source in Islam, after the Qur’an, are the statements made by the Prophet Muhammad (peace be upon him). Let’s see what he said about non-Muslims and how to force them to join Islam:

“Whoever kills an innocent non-Muslim will not even smell the fragrance of Paradise.” (Al-Bukhari)

How could this statement possibly be compatible with the ridiculous idea that Islam forces itself on others? Instead, it makes it clear that no non-Muslim is allowed to be harmed because of what they believe.

Lastly, in the 1,400 years of Muslim history; from the living example of the Prophet until now, when there are about 1.6 billion Muslims in the world, where do we find this forced conversion being practiced? Nowhere.

On the contrary, we find throughout history, Muslims being the targets of forced conversion, particularly to Christianity during the Spanish Inquisition and the Crusades, and to Atheism during the Communist era of the 20th century.

So the question about whether Islam forces itself on others has been addressed. Now the question remains, what can we do to prevent Muslims from being forced to leave their faith?