Slavery in US Constitution 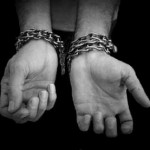 Since the earliest times, Islam had opened doors to free slaves and to eventually end slavery.

The Three-Fifths Compromise is found in Article 1, Section 2, Paragraph 3 of the US Constitution. The 3/5’s Compromise enabled more masters to become lawmakers, even though the 3/5’s of the slave population counted, they had no voice or vote in the democracy.

Slavery in Post-Civil War US

The American Civil War was fought, in part, over slavery. During the war, President Abraham Lincoln issued the Emancipation Proclamation, which freed all slaves in rebel states. The North’s victory in 1865 brought the end of legalized slavery throughout the United States.

Slavery as practiced in the old south took away any control from blacks over their own lives; they were to be slaves for life, their children were born into slavery, forbidden formal education, were harshly punished for small acts of disobedience, their families split as children were sold off, and women sexually exploited.

The America’s race-based slave system was designed at every level to take away the humanity of the slave, relying on ideas taken from the domestication of animals.  Dehumanization had a special meaning for America’s slave system. In America the slaves were marked by the color of their skin.

In this, America’s slave system was supported by American religion: the Bible informed Christians that slaves weren’t fully equal humans but descendants of Canaan, marked by God to be inferior and servants of others.

Slaves are cheaper these days than they have ever been in about 4,000 years. In 1850, a slave would cost about $40,000 in today’s dollars. Now, a slave costs $30-$90. There are 27 million slaves by conservative estimates and more than at any time in human history.

“…between 14,000 and 17,500 people are trafficked into the United States annually, according to the US government, most forced into the sex trade, domestic servitude, or agricultural labor.  At any one time, between 52,000 and 87,000 are in bondage… according to the United Nations, profits from human trafficking rank it among the top three revenue earners for organized crime, after drugs and arms.”  (Slavery is not dead, just less recognizable)

Now, what did Islam say and teach about slavery?

O mankind, indeed We have created you from a male (Adam) and a female (Eve) and made you into various families and tribes that you may know one another. Indeed, the most honored of you in God’s sight is the most pious of you. (Al-Hujurat 49:13)

The Prophet of Islam (peace be upon him) declared:

“All of you are from Adam and Adam was created from dust.” (Abu Dawud, Ahmad and Al-Baihaqi)

The principle that human beings are born free and slavery is accidental is accepted by all the scholars of Islam. Few important consequences of this principle are:

– Voluntary slavery is not allowed. A free person cannot become a slave even if he wants to.

– A free person cannot be enslaved. The interesting point is that Muslim theologians did not decide it, but the Prophet Muhammad declared it to be a sin 1400 years ago.  He said:

“There are three types of people against whom I shall myself be a plaintiff on the Day of Judgment. Of these three, one is he who enslaves a free man, then sells him, and consumes this money.”  (Al-Bukhari and Ibn Majah)

– An unclaimed child with unknown parentage was to be treated as a free person even if the child appeared to have slave parents.

2- A slave Was Granted Respect and Human Dignity

The very word “slave” in English has extremely negative connotations of barbaric treatment.  Compare it with how the Prophet of mercy spoke about slaves 1400 years ago:

“Your slaves are your brothers! God has placed them in your care.  So, whose brother is under his care, he should feed him what he eats and dress him how he dresses.  And do not burden them beyond their capacities; but if you burden them (with an unbearable burden), then help them (by sharing their extra burden).”

“When the servant of anyone amongst you prepares food for him and has undergone its hardship of heat and smoke, he should make him (the servant) sit along with him and make him eat (along with him), and if he does not do that, then he should spare some portion for him.”

The Prophet of Mercy forbade hitting the slaves.  He declared that the atonement of hitting or slapping a slave is to set him free .

Moreover, a slave is not be addressed with hurtful words. The Prophet of Mercy stated not to address them as, ‘My slave boy or my slave girl.” He said, “All of you are salves of God!” Address them with, “O my young man, O my young lady!”

`Umar ibn Al-Khattab (the second ruler-caliph of Islam) was so fond of Salim, a freed slave, that he wished to appoint Salim to be the ruler-caliph if he were alive. Salim used to lead the Muslims in prayer, considered an honor in Islamic tradition.

3- Islam Did Not Initiate the System of Slavery, while  it existed in Judaism, Christianity, India, and China before Islam.

Since the earliest times, Islam had opened doors to free slaves and to eventually end slavery. The Islamic paradigm did not ignore the realities of the world, nor did it endorse it. Islam regulated it.

As Annemarie Schimmel, a German scholar, noted, “…therefore slavery is theoretically doomed to disappear with the expansion of Islam.”

Shari’ah Law severely limited the channels in which the number of slaves could multiply. The only source of slavery were captives of legitimate war and the children born to slave parents. In case of war, the captives were not required to be enslaved. The Muslim scripture laid other options of dealing with them as well:

After limiting the sources of new slaves, Islamic law dealt with the reality of the existing slaves.

Islam granted equal religious rights to the free and the slave and in most civil matters. Their special laws were to make their jobs easier.

Slaves were at the same footing of a freeman in terms of religious obligations, as well as reward and punishment from God. A slave’s testimony was considered acceptable in the Hanbali tradition. A slave had right to personal belongings and property.

Slaves were equal in retribution of blood-money. They were to be helped to legally win their freedom if they so choose through a mechanism known as mukatabah and tadbeer. This mechanism is enshrined in the Muslim scripture by God:

And such of your slaves as seek a writing (of emancipation), write it for them if you are aware of aught of good in them, and bestow upon them of the wealth of Allah which He has bestowed upon you. (An-Nur 24:33)

It set freeing of slaves to be an atonement of sins and for specific acts of transgression. Muslims were encouraged to willingly set slaves free to release themselves from the torment of Hell Fire.

The state was also a source of setting the slaves free as Islamic Law dictates that zakah – obligatory charity given by wealthy Muslims to the state – is to be spend on setting slaves free among other things:

The alms are only for the poor and the needy, and those who collect them, and those whose hearts are to be reconciled, and to free the captives and the debtors… (At-Tawbah 9:60)

6- Islam Tried to Integrate Slaves into the Mainstream Society

The issue of integration of freed slaves into the mainstream society has been discussed by some contemporary scholars. The Islamic solution was to integrate them into the society by making them part of the tribes and families. The system was known as wala’. The Prophet said: “Freeing slaves is like establishing relations by blood.”

1-  Abul `Alaa’ Maududi writes in his paper, ‘The Position of Slavery in Islam,’: “The Prophet alone liberated as many as 63 slaves. The number of slaves freed by `A’ishah was 67, ‘Abbas liberated 70, ‘Abdullah ibn `Umar liberated one thousand, and `Abd Al-Rahman purchased thirty thousand and set them free.”

2-  “Zaid, the freedman of the Prophet, was often entrusted with the command of troops, and the noblest captains served under him without demur; and his son Osama was honored with the leadership of the expedition sent by Abû Bakr against the Greeks. Kutb Ad-Deen, the first king of Delhi, and the true founder, therefore, of the Musulman empire in India, was a slave.”

3-  “Even ordinary domestic slaves were often better fed, clothed, and protected than many free men and women.”

4-  “The entire history of Islam proves that slaves could occupy any office, and many former military slaves, usually recruited from among the Central Asian Turks, became military leaders and often even rulers as in eastern Iran, India (the Slave Dynasty of Delhi), and medieval Egypt (the Mamluks).”

5-  “…the exclusivity of the owner-slave relationship that typifies slavery systems was never part of Ottoman realities.  The Şeriat-based (Shari’ah-based) court system breached that exclusivity by allowing slaves to complain of ill-treatment, which could lead to forced manumission. Although, as we have seen, the courts were reluctant to intervene in owner-slave relations, and the state was careful not to force owners to manumit slaves involuntarily, an arbitration mechanism was at all times available in the background, able if necessary to step into that relationship.”

6-  “As for Saudi Arabia’s slaves, they shared the same food, clothes and homes as their owners and many of them became rulers of vast regions in the land and were active in the running of the state.”

7-  “…Saudi Arabia’s late abolition of slavery. Slavery in Saudi Arabia was abolished in 1962…that is because Saudi Arabia did not exist as a modern state before 1932, which means it took thirty years after its creation to end slavery, and that without a civil war.”