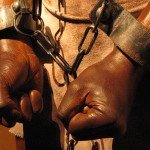 First, a knowledgeable Jew or Christian knows fully well that slavery is discussed in the Bible. The Jewish law has much to say about slaves and their treatment. This matter is not open to debate. It is a fact every rabbi and a trained pastor is aware of.

Second, just as the Jews and Christians do not discuss slavery in their teachings and sermons, Muslims do not teach much on the subject. Why? The simple reason is that slavery as it existed in ancient times does not exist anymore. To talk of ‘slavery in Islam’ as if the Muslims practice it today is dishonesty.

Every country has laws against slavery. However, experts say that slavery has taken a new form today that we shall discuss briefly.

The slave has three defining characteristics: his/her person is the property of another human being, his/her will is completely subject to his/her owner’s authority, and his/her labor is obtained by coercion.

The international community condemned slavery as one of the worst human-rights violations, and the classic definition of slavery, set out in the Slavery Convention of 1926 is, “The status or condition of a person over whom any or all of the power attached to the right of ownership are exercised.”

In 1956, several additional definitions of slavery were added: debt bondage, serfdom, the practice of forced marriage, transferring of wives, inheritance of wives and transfer of a child for purposes of exploitation.

Roots of Slavery in the Bible

The Bible, in both Old and New Testaments, endorses slavery. The Bible existed before the Qur’an.

The Bible states that once Noah awoke and found out that one of his sons, Ham, had seen him naked. Noah cursed his misbehaving son, Ham, and all the descendants of Canaan, the son of Ham, saying: “a slave of slaves shall you be to your brothers” (Gen 9:25).  It must be noted that this story or anything similar to it is not found in the Qur’an or the teachings of Prophet Muhammad (peace be upon him).

This “biblical passage became for many centuries a major justification for black slavery”, as David Brion Davis, Inhuman Bondage say in: “The Rise and Fall of Slavery in the New World”. Not too long ago, in South Africa, the Reformed Church referred to this “curse” to support the “right” of whites to rule over blacks.

Leviticus 25:44-46, one of the books of present day Torah, the Jewish scripture, is a key text used for the biblical justification of slavery.  It says that God told Jews, “you may also buy male and female slaves from among the nations…you may bequeath them to your sons after you, to inherit as a possession for ever.”

The Bible says that God blessed Abraham by multiplying his slaves (Gen 24:35). In Abraham’s household, angels tell Hagar, his slave, to return to Sarah. The angel tells her, “return to your mistress and submit to her”. (Gen 16:9)

Most Christian theologians and scholars until late last century believed that the Bible sanctioned slavery.  The list includes Augustine, Aquinas, Luther, Calvin, and others.

In 1835, the Presbyterian Synod of West Virginia attacked the movement to set slaves free, calling it a belief that goes against “the clearest authority of the word of God.’

Old School (Presbyterian) General Assembly Report of 1845 concluded that slavery was based on ‘some of the plainest declarations of the Word of God.’

In 1861, a Jewish Rabbi, Dr.  M.J.  Raphall of New York, wrote a much publicized pamphlet entitled “The Bible View of Slavery” in defense of slavery.

As late as 1957 John Murray of the Westminster Theological Seminary   was still arguing that Bible allows for the institution of slavery and the past Christian scholars were correct in their understanding of the Bible.