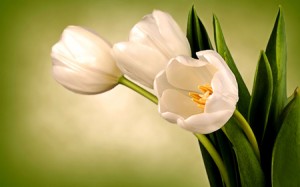 Muslim women played a great role in sacrifice and service for the religion of Allah.

In this part, the authors discuss the conditions that must be met for women’s da`wah work to succeed and achieve its expected outcome. Click here to read Part 1.

The work of the Muslim woman in the field of da`wah strengthens the man’s work, and it expands it into areas where her effectiveness supersedes that of the man. It is sad that this role is so grossly overlooked and underestimated. By her nature as a spiritual and psychological comforter of man, the woman can play an important role in da`wah, for a man cannot, if his mind is preoccupied with works and goals, cope with his own problems, let alone undertake the burdens of giving da`wah. Many have failed on the path of da`wah for this very reason. Khadijah’s comfort, help, and support of the Prophet (peace and blessings be upon him) offer the greatest proof of the vital importance of this role. The Prophet’s Companions who left their homes to go to places that were thousands of miles away to take the new religion to people also had the support and backing of their wives.

Very few women today understand or are aware of such a role, let alone carry it out. A woman may think that the marriage home is a place only for rest and ease. They have yet to realize that marriage is the starting point of struggle, sacrifice, giving, and responsibility.

The woman’s role does not end at door. She can be greatly effective by being a good example to others, by being good-hearted, kindly spoken, and of friendly conduct. She can offer assistance and share concerns as well as joys. She can also use all appropriate opportunities to educate, guide, and call others through observing the conditions of those whom she addresses.

Women who understood their role started educating themselves and achieving their rights to education and training. Look at the hadith narrated by Abu Sa`id that the women said to the Prophet, “The men are keeping you busy and we do not get enough attention from you. Would you specify a day for us, women? He promised them a day to meet them and educate and admonish them” (Al-Bukhari). The fruits of this understanding and concern by the women Companions of the Prophet and the attention he gave them are shining examples and a source of pride for Muslim women. Here are a few more to ponder:

Here is Umm Sulaim teaching her son Anas ibn Malik about Islam, even though her husband rejected Islam. When Abu Talha proposed to her (before accepting Islam), she told him that her dowry was Islam. He in turn embraced Islam, and she married him. She made her son Anas the servant of Prophet Muhammad (peace and blessings be upon him). Umm Hakim was the reason behind her husband embracing Islam, and the aunt of `Adiyy ibn Hatem led him to Islam. `Amrah, the wife of Habib Al-`Ajami, would wake up her husband to perform Prayer at night. Asma’, the daughter of Abu Bakr, forbade her son, `Abdullah ibn Az-Zubair, to accept a demeaning way out to escape death, although she was very old and needed him beside her.

If we move to a wider circle, we will find that Muslim women played a great role in sacrifice and service for the religion of Allah. Sumayyah gave up her life when Abu Jahl killed her for becoming a Muslim. She was the first Muslim killed in Islam. Khadijah, the first wife of the Prophet, who was very rich, spent of her money to support the da`wah. Umm Salamah left her husband and saw her children persecuted when she migrated. Umm `Imarah fought in defense of the Prophet in the Uhud battle. Tending the wounded in battles was the role Muslim women played throughout history.

There are conditions that must be met for women’s da`wah work to succeed and achieve its expected outcome. Many of the items in the following discussion are good to consider at all time, but it is always important to be in touch with the specific environment one is working with, study it, and design all programs to fit the specific reality and needs.

The fact that we stress the importance of women’s role in Islamic da`wah should not lead us away from keeping the women’s creation, nature, and priorities clear in mind. There are important points that should be used as guidelines when planning or doing da`wah work:

1- Typically, the woman’s main role and job is at home. This is clearly stated in the Qur’an and Hadith. Almighty Allah says: (And stay in your houses…) (Al-Ahzab 33:33) Of course women can go out for Prayer in the mosque, participate in any other activities she may need, and do da`wah. However, none of these activities should conflict with her essential duties at home as wife and mother. In many cases, it is this balance between the woman’s essential duties and the requirements of da`wah work that have caused problems and misunderstandings in families and communities. “Women may find ways to fulfill their da`wah obligations at home, such as by engaging in office work for an Islamic organization, answering telephones, or any other number of possibilities, depending on the skills and interest of each woman,” she said.

2- There are special injunctions regarding women and the mixing of men and women that must be observed in any da`wah activity and under any circumstances:

a) Proper hijab between men and women must be observed at all times.

b) Women cannot travel without a male companion who is her mahram (non-marriageable relative).

c) Women cannot intermix freely with men who are not directly related to her.

d) Women cannot exit from their homes except by permission of those who are in charge of them and care for them, i.e. their husbands or fathers.

3- The enemies of Islam usually exploit these injunctions and use them to defame Islam as demeaning to women. Some Muslim preachers get affected by these allegations, and they are thereby led to be lax and unmindful in this respect. The true preachers guided by the Sunnah must watch out, lest they be affected by the lusts and whims of society.

4- Men have the original right in da`wah activities to take the lead as was the case in the age of Prophet Muhammad and the excellent generations that followed. Women’s role in da`wah work is undeniable, provided the appropriate guidelines are adhered to.

Second: Objectives of the Program

As the Prophet saw a need to set aside a specific time to address the needs of women in his community, so organizations should try to tailor their da`wah work to the women and issues of the communities. Any da`wah program directed towards women should strive to, at least, serve the following ends:

Strengthening the faith. This comes about by increasing worship, remembrance of Allah, and reflection on Allah’s names, and His power and creation in ourselves and in the universe. There is great power in reflection. And its positive impact on one’s heart and faith is almost limitless. This, however, would not be possible without the inculcation of the right understanding of certain issues related to our belief; the emphasis has to be on monotheism.

Increasing knowledge. Without it, one cannot achieve much. Special emphasis has to be put on the basics of Islam and on subjects that the Muslim caller needs in her environments. Knowledge should be spread about deviant thoughts, ideas, groups, and sects. Awareness must be raised concerning those who do not like to see the spreading of Islam and who are gaining grounds in the hearts and minds of people.

Building of the da`wah personality. Da`wah requires sacrifices, and therefore women must be prepared to bear the burdens of calling to Islam. This comes through awakening them to the conditions of the Muslims and the endeavors of the enemies of Islam. Leadership, responsibility, and individual initiative should be taught. Theoretical and practical educational faculties must be nurtured. The preachers must be taught the necessary social skills and the importance of da`wah through good example and conduct. They also must be taught the value of time, its management, and how to use permissible fun activity during their times of leisure.

Building up immunity to sin. This includes recognizing the ills of sins, particularly those relating to women, and blocking the way to them and the places where they exist.