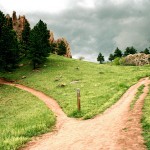 Giving da`wah should help us avoid Satan’s clutches as not only are we performing good deeds, we are encouraging others towards good, presenting a real blow to him.

Many Muslims are excellent when it comes to performing the rituals of Islam e.g. fasting, zakah and salah etc., which is great. However, continuously performing rituals without adding to them can cause you to become stagnant and possibly act as a barrier to strengthening your relationship with Allah (Exalted be He).

Take the example of a person who always lifts 10kg with the same amount of repetitions each time. Is that person likely to get stronger?

The person may not become weak, but he will not become stronger either. We as Muslims should strive to push ourselves to do better. A higher level of faith is likely to lead us closer to Allah and therefore offer us greater rewards and as a result, make us winners in this life as well as the hereafter.

Furthermore, we can have a look at those who were strongest in faith in Allah which includes the prophets and the Companions of Prophet Muhammad (peace be upon him) for proof of this. Their lives were full of sacrifices for Allah in terms of their time, health and wealth and this contributed to them being of the closest to Allah, and not necessarily due to the quantity of prayers performed and Qur’an read.

Just adding to the point of not being stagnant, a sheikh recently mentioned how the Satan always looks to come close and catch up to us. To avoid being stuck on the same level of faith or have our faith decline, we need to continuously do good deeds to distance ourselves from him.

Giving da`wah should help us to avoid his clutches as not only are we performing good deeds, we are encouraging others towards good, presenting a real blow to the Satan.

This is likely to be achieved through knowing you have helped somebody else to feel happier, which is a result of them coming close to Allah and following the way of his beloved Prophet Muhammad.

Giving da`wah can include giving advice to a fellow Muslim who is going through a difficult time and reminding them how Allah is near and always there for them to turn to. Therefore, the da`wah given does not require you to be a specialist beforehand, as the Prophet said:

“Convey from me, even one verse.” (Al-Bukhari)

Also, if you are blessed enough to be used as a tool by Allah to guide someone to Islam then that should provide you with a warm glow inside knowing you have helped to save a person from shirk (associating other beings/gods with Allah).

Think about a non-Muslim neighbor or colleague you have and how you would feel if they accepted Islam on your hands with the grace of Allah. Again, it is worth thinking about that person and if they died in that state of disbelief.

As Muslims, since we know where those that disbelief will dwell forever, would we wish that for them or any of the non-Muslims around us?

The Prophet in relation to this says:

“By Allah, if a single person is guided by Allah through you, it will be better for you than the best of camels.” (Al-Bukhari)

Additionally, Allah says Himself about the people that are successful:

Let there arise out of you a group of people inviting to all that is good, enjoining al-ma`ruf (Islamic monotheism and all that Islam orders one to do) and forbidding al-munkar (polytheism and disbelief and all that Islam has forbidden). And it is they who are successful. (Aal `Imran 3:104)

Who would know better than Our Creator about what is success and those that are successful?

Continue to Achieve Good Deeds after You Have Passed Away

Think of the following situation: you give da’wah to a non-Muslim friend who at the age of 19 or 20 becomes a Muslim with the guidance of Allah. After a few years, that friend may settle down with another Muslim and In sha Allah have children who are raised on this deen (religion) as well as themselves having a long and pious life. Then a portion of the reward achieved by all these individuals would come back into your book of deeds.

It does not stop there because this friend may become a scholar, or his/her children may become scholars or they themselves may invite many others towards Islam. in sha’ Allah, all of these actions will find a portion of the reward into your account for the initial da’wah you gave.

We know about the uncertainty of death and our short stay in this world. Unfortunately, some people miss the opportunity to do good deeds before passing away, after which it is too late to go back.

This requires us to make an investment now for the hereafter so that we pick up good deeds in the grave even when we physically do not have the capacity to do good deeds, as the Prophet perfectly says:

“When a man dies, his good deeds come to an end except three: ongoing charity, beneficial knowledge and righteous offspring who will pray for him.” (Muslim)

Help Your Cause against the Questioning in the Hereafter

We understand as Muslims we will be asked about how we lived our lives e.g. whether it was in obedience to Allah or not. We are also going to be asked about the knowledge we possess, which can include basic knowledge such as the Shahadah.

The Prophet talked about the consequences of those who do not spread possessed knowledge:

“Whoever is asked about some knowledge that he knows, then he conceals it, he will be bridled with bridle of fire.” (At-Tirmidhi)

Consequently, by giving da`wah and passing on whatever authentic knowledge we have we can protect ourselves in the hereafter from the wrath of Allah. By engaging in da’wah, we can help our cause in this world by protecting ourselves against the punishment of Allah, as the Prophet says:

“By Allah, in Whose Hands is my soul, you will enjoin the good and prohibit the evil (or else), Allah will soon send upon you a punishment from Him, then you will call upon Him and He will not answer you.” (At-Tirmidhi)

Dear brothers and sisters, the different points mentioned are just some of the benefits of being involved in da`wah. It is also worth reflecting on the potential pitfalls of neglecting this important duty.

A point to consider is that with so many statements relating to da’wah, they provide strong evidence about the importance of da`wah to Allah and how it should also be a feature in our lives.

What other benefits can be achieved through taking part in da’wah? If you are involved in da`wah, how has it impacted your life? Please share your knowledge here, so we may inspire one another to take part in this blessed act!