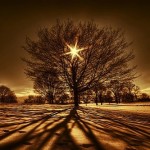 The first step for the Muslim Ummah is to return to the true Islam as the only source of power and dignity.

In the past, the Muslim Ummah was a leading nation in justice and tolerance.

It is narrated that when Sa`d ibn Abi Waqqas (may Allah be pleased with him) conquered Hims (a city in Syria), he collected the jizyah (taxes) from its people, who were Christians. Then he was ordered to leave the city to someone else. Before he left, he returned the taxes back to them saying: ”We collected this money in return of your protection but now we are leaving so you take it back”.

Upon seeing this they were amazed and said : ”No one has ever treated us like this, neither the Romans nor the Persians” and they all entered Islam.

The Caliph `Umar ibn Abdul `Aziz (may Allah be pleased with him) was a bright example of the just ruler. During his Caliphate, poverty was eradicated, maybe for the first time in history, and Muslims could not find poor people to give them the zakat.

At his time, so many non-Muslims entered Islam that some of his governors complained of the lack of jizyah (tax on non-Muslims) revenue. He sent to them that Allah had sent Muhammad to mankind as a guide not a tax collector.

There are ample examples from history, still I do not claim that the Muslim nation was exemplary at all times; I know there were periods in history in which it deviated from its path. But what I want to stress is that da`wah for Islam is vital for the well-being of the Muslim Ummah; if da`wah declines, the entire Ummah declines. The opposite is also true; if the Ummah declines, the da`wah will certainly decline.

At present, the da`wah delivered by Muslim countries is confined in running mosques, supervising Islamic studies, or directing and supporting various da`wah activities in non-Muslim societies. However, Muslims efforts are not united and lacking coordination; furthermore their work in Da`wah is not adequate and focusing mainly on helping Muslims minorities.

If the Muslim Ummah works hard in the right direction, it can restore its position as a da`iah nation in spite of the discouraging political realities of the Islamic world at present.

This can only be achieved when the Muslim Ummah fully recognizes that its sole mission in this world is not only to achieve political power and economic advantages but basically to deliver Allah’s message to mankind, and be a model nation in justice, tolerance, humanitarian services, good dealings, respect of people’s rights, …etc.

The first step for the Muslim Ummah is to return to the true Islam as the only source of power and dignity. Islam alone can end the state of powerlessness and desperation that has swept over the Islamic world, and it alone can resurrect the spirit of faith and struggle.

The fact that Islam is the fastest growing religion in the entire world at present, in spite of the adverse conditions in the Islamic world, is one of the most reassuring signs that Muslim Ummah will succeed in restoring its position in the near future.

Muslims have to make sincere efforts to change their poor circumstances. Muslims should stop blaming the others for their weakness; their main attention should be centered on resolving the problems that led to their decline; to correct the poor political, economic, and social conditions that have afflicted all Islamic countries without exception.

Elimination of oppression, dictatorship, autocracy, tyranny, illiteracy and poverty must be our top priorities. The Muslim Ummah must apply Islam by protecting the life, wealth, honor, mind, and religion of every individual belongs to it whether a Muslim or a non-Muslim.

Muslims have to establish a system based on the principles and teachings of Islam; a system that convinces the world of the supreme nature of Islam by translating Islamic ideals, values, practices, rules and laws, into beautiful realties.

When the non-Muslims nations see Muslims excelling in civilizations, organization, and values, and capable of providing solutions for the problems of humanity, tolerant and peaceful, as a result of applying Islam, then, multitudes of people are expected to turn to Islam and embrace it.