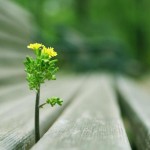 The intention of a person is not his utterance of the words, “I intend to do so and so.” It is an overflowing from the heart which runs like conquests inspired by Allah. At times it is made easy, at other times, difficult.

A person whose heart is overwhelmingly righteous finds it easy to summon good intentions at most times. Such a person has a heart generally inclined to the roots of goodness which, most of the time, blossom into the manifestation of good actions.

As for those whose hearts incline towards and are overwhelmed by worldly matters, they find this difficult to accomplish and even obligatory acts of worship may become difficult and tiresome.

The Prophet said: “Actions are judged by intention, and every man shall only have what he intended. He whose hijrah (migration) was for Allah and His Messenger, his hijrah was for Allah and His Messenger, and he whose hijrah was to achieve some worldly benefit or to take some woman in marriage, his hijrah was for that for which he made hijrah.” (Al-Bukhari and Muslim) Imam Ash-Shaf`i said: ”This hadith is a third of all knowledge.”

The words, “actions are judged by intentions”, mean that deeds which are performed in accordance with the Sunnah are only acceptable and rewarded if the intentions behind them were sincere. It is like the saying of the Prophet (peace be upon him): “Final deeds are what matters.” (Al-Bukhari)

This is illustrated in a hadith recorded by Imam Muslim in his Sahih, in which it is related on the authority of Abu Dharr that the Prophet Muhammad (peace be upon him) said: “You will receive the reward for sadaqah even when you have sexual intercourse with your wife.” The Sahabah (Companions of the Prophet) said: “Will we really be rewarded for satisfying our physical desires?” He replied: “If you have haram intercourse, you will be committing a sin; similarly, if you have halal intercourse, you will be rewarded.”

“This hadith clearly shows that permissible actions become acts of obedience if there is a good intention behind them; sexual intercourse becomes an act of worship if it is accompanied by any one of the following good intentions: keeping good company with your wife, as Allah (Exalted be He) has commanded; hoping to have, as a result of intercourse, good and righteous offspring; guarding your chastity and that of your wife; helping to prevent haram (forbidden by God) lustful glances or thoughts, or haram intercourse; and any other good intention.”

So, deeds that are apparently identical may differ, because the intentions behind them are different in degrees of goodness and badness, from one person to another. Good intentions do not change the nature of forbidden actions. The ignorant should not misconstrue the meaning of the hadith and think that good intentions could turn forbidden actions into acceptable ones.

When bad intentions are accompanied by flaws in the actions themselves, then their gravity and punishment are multiplied. Any praiseworthy act must be rooted in sound intentions; only then could it be deemed worthy of reward.

The fundamental principle should be that the act is intended for the worship of Allah alone. If our intention is to show off, then these same acts of worship will in fact become acts of disobedience. As for permissible deeds, they all involve intentions, which can potentially turn them into excellent acts which bring a man nearer to Allah and confer on him the gift of closeness to Him.

The Excellence of Intention

`Umar ibn Al-Khattab (may Allah be pleased with him) said: “The best acts are doing what Allah has commanded, staying away from what Allah has forbidden, and having sincere intentions towards whatever Allah has required of us.” (Tahdhib Al-Asmaa’, An-Nawawai)

Yahya Ibn Abu Kathir said: “Learn about intentions, for they are greater in importance than actions.”

Ibn `Umar once heard a man who was putting on his Ihram say: “O Allah! I intend to do the Hajj and `Umrah.” So he said to him: “Is it not in fact the people whom you are informing of your intention? Does not Allah already know what is in your heart?” (Ibn Rajab, Jami` Al-`Ulum Wal-Hikam)

It is because good intentions are exclusively the concern of the heart, that they should not be voiced during worship.