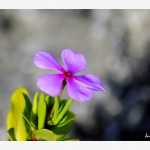 The Sunnah of the Prophet establishes that it is compulsory upon the Muslim to call to Allah with hikmah (lenience/gentleness) and with easiness.

Some of those whom we consider to be steadfastly practicing the deen (religion of Islam) treat people with some harshness and cold heartedness, and some of them are always frowning. What do you advice them, and what is wajib (compulsory) upon the Muslim towards his brother (in Islam) especially if he has shortcomings in practicing the deen.

The purified Sunnah, the Sunnah of the Prophet (peace be upon him), establishes that it is compulsory upon the (Muslim) human to call to Allah with hikmah (lenience/gentleness) and with easiness. God (Exalted is He) has said to his Messenger Muhammad:

Invite (mankind, O Muhammad) to the way of your Lord (i.e. Islam) with wisdom (i.e. with the divine inspiration and the Qur’an) and fair preaching, and argue with them in a way that is better. (An-Nahl 16:125)

He also said to him:

And by the Mercy of Allah, you dealt with them gently. And had you been severe and harsh-hearted, they would have broken away from around you; so pardon (their faults), and ask (Allah’s) Forgiveness for them. (Aal `Imran 3:159)

Allah said when He sent Musa (Moses) and Harun (Aaron) to Fir`awn (Pharaoh):

And speak to him mildly, perhaps he may accept admonition or fear Allah. (Ta-Ha 20:44)

The Messenger of Allah related that:

He used to say to his messengers when he sent them:

“Make things easy and do not make things difficult, give glad tidings and do not repel the people (from you).”

This is what the da`iyah (caller to Allah) should be like; gentle/lenient, (always) smiling and open hearted, in order that his Da’wah is more readily accepted by those whom he is calling to Allah.

It is also imperative that his da`wah is to Allah and not to himself. One should not try to be victorious over or take revenge of the one who has opposed the path. Because if he calls to Allah alone, by doing this he becomes sincere , and God will make the affair easy for him, and guide through him whomsoever He pleases to guide from amongst His slaves.

However if he is calling to himself, as if he wants to be victorious, as if he feels that so and so is an enemy to him and he wishes to take revenge, indeed the da’wah will be deficient and it’s barakah (blessing) may be removed.

So my advice to my brothers from the du`at (callers to God) is that they feel these feelings, meaning that they call the creation as a mercy upon the creation while glorifying the religion of Allah as well as giving victory to it.

The article is a translated excerpt from Sheikh Ibn `Uthaymeen’s book: Kitab Ad-Da`wah (The Book of Da`wah). It is translated by Nadir Ahmad.

Sheikh Muhammad ibn Salih Al-`Uthaymeen was a Saudi scholar, jurist, and Mufti. He died in 2001. He is considered one of the most pre-eminent scholars of the 20th century, dedicating his life to spreading Islamic sciences, teaching, preachment, lecturing, and guiding people to worship Allah.