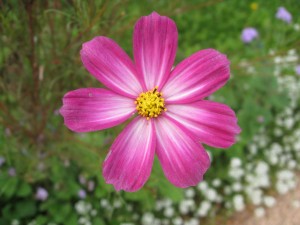 This is the third part of a series of articles that deals with the methodology and approach adopted by Prophet Muhammad (peace and blessings be upon him) in inviting people to Islam.  In this part, Dr. Badawi will continue talking about some specific elements and aspects of the Prophet’s methodology in discharging this sublime duty. Click here to read Part One and Part Two.

From the outset of the Prophet’s public da`wah and an apparent position of weakness, he showed an amazing degree of steadfastness. The chiefs of Makkah went to his uncle Abu Talib for the second time and threatened him due to his failure to stop his nephew, Muhammad. Abu Talib appealed to the Prophet to save everyone by ceasing to offend the Makkans with his new teachings. The Prophet’s answer was clear, firm, and unhesitant:

“O uncle! By Allah, if they place the sun in my right hand and the moon in my left in return for giving up this matter [call to Islam] until Allah makes it prevail or I perish because of it, I will not give it up.” (Ibn Hisham, vol. 1, 265-266)

Guided by the Qur’an, the Prophet (peace and blessings be upon him) never compromised on core issues, especially in matters of basic beliefs, even if this results in the rejection of his message. The idolatrous Makkans offered him a “compromise”: to worship their idols in return for their worship of Allah. Such a “compromise” was dead on arrival. No second thought was given as to whether this may be a step in da`wah in the hope that they may be persuaded in time to worship Allah alone. Good ends never justify unacceptable means. Even in the Makkan period of persecution and great threats, the Prophet was instructed:

It has been argued by At-Tabari (vol. 10, 213-214), one of the foremost exegetes of the Qur’an, that there is a connection between the above chapter and verses 8 and 9 of the chapter called Al-Qalam, which warn the Prophet:

Examples of the Prophet’s steadfastness on core issues while showing flexibility in minor ones were apparent when a delegation from Thaqif offered to accept Islam, but demanded that they be exempt from Prayers, and to let one of their idols (Al-Lat) stand. The Prophet firmly refused. Yet he accepted their demand that they would not be required to break their idols by themselves. (Ibn Hisham, vol. 2, 540)

4. A Clear Universal and Comprehensive Vision

The Prophet was instructed in the Qur’an:

Say, “This is my way; I invite to Allah with clear evidence, I and those who follow me. And exalted is Allah; and I am not of those who associate others with Him.” (Yusuf 12:108)

The implication of this verse is that those who undertake the task of da`wah should have clear and sufficient knowledge of what they intend to communicate to others.

It does not imply, however, that only scholars are qualified to do da`wah, since the Prophet instructed all Muslims to invite others to the message of Islam, “even by one single statement”.

Still, the verse implies that the scope and degree of scholarship needed in some da`wah contexts determine the requisite of evidence. For example, average Muslims who possess reasonable basic knowledge about the foundations of faith and the pillars of Islam may be sufficiently capable of fulfilling their da`wah duties toward ordinary friends or colleagues. They may not be as capable, however, of engaging in interfaith dialogue with scholars of other faith communities. Fair understanding of beliefs of others from their own perspective is crucial for the person’s credibility and effectiveness.

Another aspect of the Prophet’s approach to da`wah is that he did not see it simply as a set of disjointed actions, nor were his plans short-term oriented. His plans and actions were all part of a broader vision which transcended time, place, and other variations such as racial, color and national differences. It was the Qur’an that inspired his vision as the heir and culmination of the long prophetic tradition, whose uniform supreme objective is clearly stated in the Qur’an:

And We certainly sent into every nation a messenger, [saying], “Worship Allah and shun false gods.” (Al-Nahl 16:36)

It is noted that chapter Al-A`raf narrates stories of various prophets, each with emphasis on a specific malaise that afflicted their people, such as rejecting a prophet on account of being a mere human like his people, or thanklessness to Allah despite His bestowing many bounties upon them, or deliberate defiance and arrogance, or cheating and fraud in business transactions. However, the common theme in all such stories which sums up the core message of all those prophets was expressed in an identical statement:

It is noteworthy that the scope of the Prophet’s da`wah was universal from the outset of his mission. Evidence to that effect is found in some of the earliest Makkan revelations, a period of severe persecution and apparent hopelessness.

However, the universality of the Prophet’s mission from the beginning should not be confused with the appropriate stages of conveying the message. It is only natural for the Prophet, guided by the noble Qur’an, to begin the fulfillment of his mission by approaching his close relatives, then the Makkans who knew him, then the surrounding townships, then the world at large. This does not mean a later “evolution” or “expansion” of his mission, as some allege.

5. Emphasizing the Individual Responsibility of the Invitee

Some of the common questions that any invitees may ask are as such: What is in this da`wah for me? How does it benefit me? What if I reject it?

The Qur’an makes the answers to these questions clear for all, and categorically indicates that by responding positively to the da`wah, the invitees are not doing favor to the Prophet, let alone to Almighty Allah:

Whoever is guided does so for their own good; and whoever strays does so at their own peril. (Al-Israa’ 17:15)

Say, “O people, the truth has come to you from your Lord. Whoever is guided, it is for their own good, and whoever strays does so to their loss. I am not your guardian. (Yunus 10:108)

Among the most powerful quests that are embedded in the upright human nature are the quests for self-purification, knowledge, and wisdom. From that perspective, the essence of the Prophet’s mission embodies all. As stated in the Qur’an:

Certainly did Allah confer [great] favor upon the believers when He sent among them a Messenger from themselves, reciting to them His verses and purifying them and teaching them the Book and wisdom, although they had been before in manifest error. (Aal `Imran 3:164)

It is He who has sent among the unlettered a Messenger from themselves reciting to them His verses and purifying them and teaching them the Book and wisdom, although they were before in clear error. (Al-Jumu`ah 62:2)

The mention of the pre-Islamic unlettered Arabs does not imply in any way that the Prophet’s message is limited to the Arabs. The Qur’an describes the scope of his mission as directed to “the people”, an inclusive term that embraces all humanity:

Alif, Lam, Ra. [This is] a Book which We have revealed to you, [O Muhammad], that you might bring people out of darknesses into the light by permission of their Lord – to the path of the Exalted in Might, the Praiseworthy. Allah, to whom belongs whatever is in the heavens and the earth. (Ibrahim 14:1-2)

When the Prophet invited influential leaders to Islam, he reminded them that the consequences and responsibility for their acceptance or rejection will be far greater than their followers, a principle which is repeated in the noble Qur’an. In his letter to Heraclius, the Byzantine Emperor, the Prophet said:

Taken with slight modifications from OnIslam.net.

One thought on “The Prophet’s Da`wah Methodology (Part 3)”