There’re two examples of da`wah of Prophet Abraham. One was when he presented haqq (the Truth) to his father and the other was when he addressed his people. 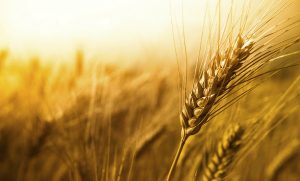 Sometimes affection finds a place in the heart before faith finds acceptance with the person addressed.

There is a marked difference between the two. The difference is not in the mode of discourse and clear presentation, but the deep knowledge shown of the prevailing conditions and psychology of the people addressed and how such discourse appeals to the hearts.

The son invites his father to Islam:

And make mention (O Muhammad) in the book of Ibrahim. Truly, he was a saint, a Prophet. When he said to his father: ‘O my father! Why do you worship that which does not hear nor see, nor can in any way avail you? O my father! Lo! There has come to me of knowledge that which did not come to you. So follow me, and I will lead you on a right path. O my father? Do not serve the Satan. Truly, the Satan is a rebel to the All Merciful. O my father! I fear that a punishment from the All Merciful will overtake you so that you become a comrade of the Satan. (Maryam 19:41-45)

Paternal affection has been aroused in these verses. Think over the repeated address: “O my father!” It shows obedience, love and humility. It requires an aesthetic taste to understand the eloquence of this address.

Those who have a deep knowledge of the language of the Qur’an can really enjoy the spirit of this mode of address. It has been said that when such persons recite any ayah which delineates the punishment of Allah, their voices tremble and their faces redden with fear. When however they recite any ayah regarding Allah’s pardon and mercy, their hearts melt and their voices show mildness and the warmth of love.

When a son addresses his father thus: “O my father”, he arouses his paternal affection. If he had said the same thing with the voice of a preacher, he would have said,

“Exalted Sir! hear me, or O reverend priest! think it over.”

It would have then given an altogether different impression.

But he said: “O my father”. He adopted this mode intentionally so that his words might touch a sympathetic chord and arouse paternal affection, and thus open the way to his father’s heart. When a son addresses his father in this manner, however angry the father may be, his heart melts and he is inclined to hear what the son has to say.

The prophet Ibrahim (peace be upon him) touched the sympathetic chord in his heart before he discoursed. Because it has been seen that sometimes affection finds a place in the heart before faith finds acceptance with the person addressed.

It is also possible that a father may be affectionate but may not be a believer. If he is to be invited to true faith then one has to enter through the door which is open.

One who is inviting to the ‘way of Allah’ who is blessed with hikmah (wisdom) cannot lose sight of this aspect. If he does so, it may be harmful to him and his cause. If, however, he is bad-tempered he cannot succeed in his mission.

… if then (O Muhammad) you had been stern and fierce of heart they (the Companions) would have dispersed from around about you. (Aal `Imran 3:159)

When the Prophet Muhammad (peace be upon him) addressed his uncle Abu Talib, at a very critical juncture, he addressed him as “Dear Uncle”.

It was at a time when Abu Talib was afraid of a boycott by Quraysh.

“Dear Uncle! If they place the sun on my right hand and the moon on my left and ask me to abandon this mission, still I will not give it up. I will continue to work for it until Allah makes it prevail or I sacrifice my life for it.”

The result of these soft-spoken words was that the natural emotion of sympathy and affection was aroused and, though Abu Talib remained attached to his ancestral religion, he said: “O my son! continue with your mission and do what you like. I will not hand you over to anybody.”

Prophet Ibrahim’s Invitation to His Father

While speaking to his father the Prophet Ibrahim (peace be upon him) did not take to logic nor speak in the high-flown language meant only for the intelligentsia. He began his talk in the language used in common parlance which could be understood by any man with common sense.

He said, “My father! Why worship an idol which does not hear, see nor can it be of any help lo you. I have been revealed the truth of which you have no knowledge.” (Maryam 19:42-43)

It is also a matter of pleasure for a father that his son should excel him in knowledge and intelligence. That is not surprising.

It has sometimes been found that the father is illiterate and the son becomes a learned and proficient man.

The Prophet Ibrahim (peace be upon him) said to his father, “O my father! I have been revealed the Truth of which you have no knowledge, so follow me. I will guide you to the right path. O my father! Do not worship the Satan. The Satan is disobedient to Allah.” (Maryam 19:43-44)

Each and every word in this ayah has a depth of meaning in it and is a treasure of wisdom. He spoke to him in a simple language because his father was a simpleminded sculptor. It was no use talking to him in a sophisticated way. He just said, “O my father! I fear that you may be taken as a follower of the Satan and the punishment of Allah may strike you.” (Maryam 19:45)