The role of organizations and institutes comes next to the state. Allah (Exalted be He) says: 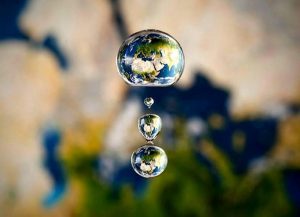 The collective Ummah role in Da`wah is the most effective way to spread Islam.

Let there arise from among you a group of people inviting to all that is good enjoining what is right and forbidding what is wrong. Such are they who attain the true success. (Aal `Imran 3:104)

The believers men and women are loyal and helpers to one another. They enjoin what is right and forbid what is wrong. (At-Tawbah 9:71)

It is not for all the Believers to go forth together, so why not a group go forth from amongst every party to seek deeper knowledge of their religion in order to warn their people when they return to them, so that they may beware. (At-Tawbah 9:122)

The collective Ummah role in Da`wah is the most effective way to spread Islam. That is why, Allah (Exalted be He) warned this Ummah if it turns away from Allah’s path and fails to promote Da`wah, Da`wah will not fail; Allah promised to bring a better Ummah to take its place and uphold the banner of Da`wah, in Surat Muhammad Allah says:

And if you turn away, He will exchange you for another people and they will not be the likes of you. (Muhammad 47:38)

These verses are promoting Muslims to work together and be helpers to one another, men and women, and form groups to carry out the tasks of Da’wah of enjoining what is right and forbidding what is wrong and inviting people to the path of the true success.

The Verse “It is not for all the Believers to go forth together, so why not a group go forth from amongst every party to seek deeper knowledge of their religion in order to warn their people when they return to them, so that they may beware.” (At-Tawbah 9:122) indicates that it is fard kifayah (a collective obligation) on Muslim Ummah to train groups of specialized people to give Da’wah on behalf of all other Muslims.

In other words, there have to be qualified professional groups from among Muslims to bear the responsibilities of Da’wah, such as scholars, Imams, teachers, reformers, social workers, and all types of leaders. They should carry out their duties through institutes such as mosques, universities, Da’wah centers, organizations, .. etc.

They also should be references for workers in Da`wah.

They should be always ready to give guidance, advises, consultation, and recommendations in Da`wah matters as the Qur’an says:

Ask people of knowledge and understanding if you do not know. (An-Nahl 16:43)

The responsibilities of these organizations and institutes include:

– Coordination and cooperation with other similar Muslim organizations,

– Dealing with the press and media,

– Designing Da’wah programs to fit the realities and needs of specific environments.

The work of these groups and organizations is a key factor in the success of the Da’wah movement, because they provide the Muslim community with well trained, qualified, skillful da`iahs (callers to Islam)who are capable of taking responsibility, can handle the challenges, and deliver the Da’wah effectively.

Moreover, the groups and organizations help improving Da`wah practices and methodologies and make it more efficient by providing corrections, as well as good planning and organization.