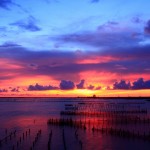 It is a universal fact that within three centuries after the Prophet’s (Peace be upon him) death, Islam spread over the area of three continents – Asia, Africa and Europe.

And today there are close to two billion Muslims all over the world thanks to the efforts initiated by the prophet and later followed by caliphs, Sahabah (Companions of the Prophet), scholars and ordinary people.

When humanity was in the abyss of darkness, Muhammad ibn `Abdullah born in 570 AD was appointed Prophet of Allah in 610 AD. He was not the founder of Islam as a section of non-Muslims believes nor was Islam born during his time. The very fact that Prophet Muhammad was the final prophet makes it clear that Islam was born with the first man on earth.

Islam has been in existence ever since the first  man on the earth, who later became a Prophet, Adam (peace be upon him) set foot on earth. Only the name ‘Islam’ was attributed during Prophet Muhammad’s time.

The Prophet’s mission to establish the authority of Allah on this earth, meaning to spread Islam, was a glaring success despite the resistance he and his companions had to encounter. But the work is still unfinished as Prophet has asked us to carry on the da`wah work.

Da’wah usually denotes the preaching of Islam. It is an Islamic terminology whose meaning is ‘to call’ or ‘to invite’. Da`wah literally means ‘issuing a summon’ or ‘making an invitation’.

Da`wah is governed by several guidelines. First, there is no compulsion in religion. The Qur’an says:

Let there be no compulsion in religion: Truth stands out clear from error: whoever rejects evil and believes in Allah has grasped the most trustworthy hand-hold, that never breaks. And Allah hears and knows all things. (Al-Baqarah 2:256)

The Prophet provides the best example for us in fulfilling the most important task of delivering God’s message to people and inviting them to accept it and believe in God’s oneness and Muhammad’s message.

Second, da`wah should be practiced with wisdom and the best preaching. The Qur’an states:

Invite (all) to the way of your Lord with wisdom and beautiful preaching; and argue with them in ways that are best and most gracious: for your Lord knows best who have strayed from His path, and who receive guidance. (An-Nahl 16:125)

O People of the Book! come to common terms as between us and you: That we worship none but Allah; that we associate no partners with him; that we erect not, from among ourselves, Lords and patrons other than Allah.” If then they turn back, say: Bear witness that we (at least) are Muslims (bowing to Allah’s Will).(Aal `Imran 3:64)

In this verse, we get clear guidance as to how we should go about inviting People of the Book to Islam. Allah says that we need to emphasize in our da`wah efforts, the common ground between them and us.

As you must know there are so many common factors that unite Muslims and the People of the Book. These are such as their belief in God and the prophets.

Da`wah went through several stages through the course of the history of Islam. In each stage, it was shaped by the existing circumstances, and its outcome affected the surrounding social and political environment.

It was during the lifetime of the Prophet when da`wah was initiated. Before him, other prophets were also engaged in da`wah work. In the first few years of receiving the message, the Prophet began by calling people. He encountered hostile reactions, especially from the rich class of Makkah.

Notwithstanding the hostile position of the Makkan leaders, the message of Islam gradually attracted not only the weak and poor of Makkah but many of the elite themselves.

And who is better in speech than the one who invites people to Allah, works righteously and says ‘I am among the Muslims’.” (Fussilat 41:33)

Da`wah is not conversion but an invitation to someone with wisdom to submit to his/her Creator. Once the invitation has been effectively and efficiently made, the duty of da`i finishes.

If someone wants to come to Islam, he/she must come voluntarily out of his/her own desire and free will. If it is a result of compulsion or allurement of some material gains in this world, it is of no use in the eyes of Allah.

The first and foremost reason for seriously indulging in this activity is that it’s an obligation from Allah. Muslims are duty bound to convey the Final Message of their Lord, which is in their possession in the form of Islam. This obligation is binding on every Muslim and is also a collective obligation upon the Ummah.

If we are keen to follow the example of the Prophet, which we must do, we must emulate the example of his effort and exertion in conveying the message. He took a pledge from the congregation, that had assembled to perform Hajj with him in the 10th Hijrah, that they will pass on the message to people who were not present there.

The obligation to pass on the message to people of all ages continues to fall upon the Muslims of every age, as they are the bearers of the message. We need to fulfill this obligation because we are going to be asked about it on the Day of Judgment as the Qur’an says:

Islam has not come only for one group alone. The Message of Islam as well as the prophethood of Muhammad is for all mankind and for all humanity as the Qur’an says:

We have not sent thee but as a universal (Messenger) to men, giving them glad tidings, and warning them (against sin), but most men understand not. (An-Nur 34:28)

The Need for Da`wah

There are large-scale, organized efforts to convert Muslims to other faiths, especially Christianity. Therefore, da`wah acts as an important tool in defense of our own faith. We must call people to Islam because we have been promised a great reward if someone is led up the right path as a result of our efforts.

A hadith says: “By Allah, even if a single person is led to the Guidance by Allah through you, then that will be better for you than the red camels.” (Al-Bukhari)

Da`wah helps us in a great way to reform ourselves. People would not come to us if we don’t practice what we preach. If we do so, it will lead us to improve our own character and behavior- both individually as well as collectively.

The aim of Muslims in da`wah is the same, calling all of mankind to the worship of Allah alone and submission to Him according to the religion that He chose for His Prophets to convey.

At the same time, it must be realized that the actual results of our efforts in guiding people to Allah’s religion are not in our hands, as it is only Allah who guides.

The Messenger of Allah and the Sahabah established an Islamic society on earth. Therefore, our aim in da`wah should also be to create a strong Muslim society that would make Allah’s Word uppermost in this world.

In his last sermon on the occasion of his last pilgrimage which he delivered in Arafat, the Prophet told the believers to bear witness to the whole world up to the end of time. He reminded them to spread the divine truth and never fail in this fundamental duty. He further reminded that he had done his duty of conveying the divine message and they should do their duty faithfully in future.

So now, it is upon us to carry forward Prophet’s message of inviting people to Islam.