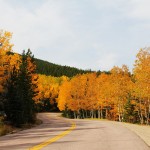 Before a Muslim calls others to Islam with his tongue, he must first display his religious call through his own good actions.

Allah (the Majestic) distinguished this Ummah over other nations due to us establishing the call to Allah and His religion.

You are the best nation raised up [as an example] for mankind. You enjoin what is right and forbid what is wrong and believe in Allah. (Aal `Imran 3:110)

The success – or indeed failure – of our Da`wah (calling to God) therefore depends on how closely we adhere to the guidance and methodologies set out by the Prophet.  It should also be noted ‘that the difference, separation and discord that has occurred between many of those who call to Allah, has only occurred due to a lack of understanding the fiqh (Islamic jurisprudence) of Da`wah established in the Qur’an & the Sunnah in accordance with the understanding of the pious generations.

From this, we are able to understand the importance of paying attention to the methodology of Da`wah as found in the Prophetic Sunnah.’ (Fiqh Ad-Da`wah fi Sahih Al-Bukhari; Sheikh Salih Al As-Sheikh)

Mentioned below are five prophetic methodologies and principles that all preachers to Islam should adhere to in calling to Allah and Islam.

Before a Muslim calls other people to Islam with his tongue, he must first display his religious call through his own good actions and beautiful manners. Before calling the people to implementing the laws of Islam, a Muslim must first implement the laws himself. People are influenced by actions and behaviours more than they are influenced by mere words and statements.

Allah (the Most High) censured the tribe of Israel for commanding others with goodness and yet ignoring their own actions,

Do you order righteousness of the people and forget yourselves while you recite the Scripture? Then will you not reason? (Al-Baqarah 2:44)

He (the Exalted) also directly addressed the believers:

“The scholars of evil sit at the doors of Paradise, they invite the people to it with their statements but their actions call the people to the Hellfire. Every time their statements proclaim to the people: ‘Come (to Paradise)’; their actions reply: ‘don’t listen to him.’ If what he called to was the truth, he himself would be the first person to act according to his own words. Such people appear as guides; however their reality is of bandits.’ (Al-Fawaid by Ibn Al-Qayyim, p112)

2. Give Glad tidings or reward before threatening with warnings

We have not sent you (O Muhammad) except as a Giver of glad tidings and a Warner to all mankind, but most of men know not. (Saba’ 34:28)

Consider in the above Verse how the Prophet was sent as a ‘Giver of glad tidings’ before a ‘Warner to mankind.’

When the Prophet sent Abu Musa Al-Ash`ari and Mu`adh ibn Jabal to Yemen, he advised them by saying: “Make matters easy for people and do not make them difficult, give glad tidings to the people, and do not cause the people to flee away”. (Abu Dawud)

So each Muslim who calls to Allah should seek to entice the people with Islam, and give them the glad tiding that Islam will afford for them a happy beautiful life. Contemplate the saying of God, in which He encourages people to do good deeds by mentioning great rewards:

Whoever does righteousness, whether male or female, while he is a believer – We will surely cause him to live a good life, and We will surely give them their reward [in the Hereafter] according to the best of what they used to do. (An-Nahl 16:97)

This does not however mean that we do not warn people about punishments, but rather we should begin with the many glad tidings mentioned in the Qur’an and the Sunnah and resort to punishments afterwards.

3. Moderation in giving Da`wah and be careful of going to extremes

Every Caller to Islam should maintain moderation in calling to Allah and His religion. Both the extreme of exaggeration as well as the extreme of being too lenient and negligent will only harm the Da`wah. Unfortunately, some preachers begin with the extremes of takfeer (passing a verdict of disbelief upon an individual who declares himself a Muslim), tafseeq (accusing a Muslim to be sinful and disobedient) and dabdee’ (judging Muslims as being Innovators).

This phenomenon is something which has today become common amongst some youth who ascribe themselves to knowledge. Due to being overzealous they occupy themselves with takfeer, tafseeq and tabdee’; no doubt this is a form of being extreme.

So our Da`wah must be based on a methodology which is apparent, fair and moderate; ‘we must maintain a moderate methodology in passing judgments on situations, people, ideologies, intentions, intended objectives, societies, scholars, preachers and people. This moderate and fair methodology must be implemented’.

In addition a student of knowledge only judges actions and statements that are apparent rather than passing judgments on individuals, this is left to the firmly grounded scholars who have the appropriate credentials to pass such verdicts.

4. Small steps at a time

The methodology of the Qur’an and the Prophet is to give Da`wah in a gradual process; beginning with the most important affairs and moving on to more detailed affairs at a later stage.

This is clearly shown in the narration of Mu’aadh Ibn Jabal, when the Prophet sent him to Yemen. He said to him: “You are going to a people from the People of the Book. Let the first thing that you call them to be the worship of Allah alone. If they acknowledge this from you, then inform them that Allah has obligated upon them five prayers during their days and nights. If they acknowledge this from you, inform them that Allah has obligated zakah (obligatory alms) upon them…” (Al-Bukhari, Muslim)

Also, the laws of Islam were revealed in stages and over a number of years. Most of the Islamic laws were revealed in Madinah after the Prophet had cultivated his companions upon the correct belief in Makkah for 13 years. For this reason, it is narrated that `A’ishah (may Allah be pleased with her) said:

So this was the methodology traversed upon by the Prophet in calling people to Islam. He cultivated them upon strong foundations for many years and then moved on to the other aspects of the religion.

5. Connect people to the truth and do not connect them to individuals and personalities

It is said, ‘truth is not known by men, rather men are know by the truth.’

Therefore let the call of a Muslim preacher be to connect people to the truth, to Allah and to His religion. We shouldn’t connect the people to a specific personality, a particular group or party. Rather the connection should be to the sacred texts of the Qur’an and the Sunnah. This is because, Islamic personalities and groups can – and will – make mistakes and err; however the Sacred Texts of the Qur’an and Sunnah can never err.

For this reason, Allah (the most High) ordered His Messenger to say:

In this Qur’anic verse, the Prophet Muhammad (peace be upon him) was ordered to proclaim that his way is to call to Allah and not call to personalities or groups.

Having said this, the role of the Scholars who call to the truth can never be diminished. The scholars are to be referred back to in understanding the Sacred Texts for they are the people who have inherited this knowledge from the Prophets by way of learning and studying.

May Allah guide us to implementing the methodology of the Prophet in establishing Da`wah in the correct manner.