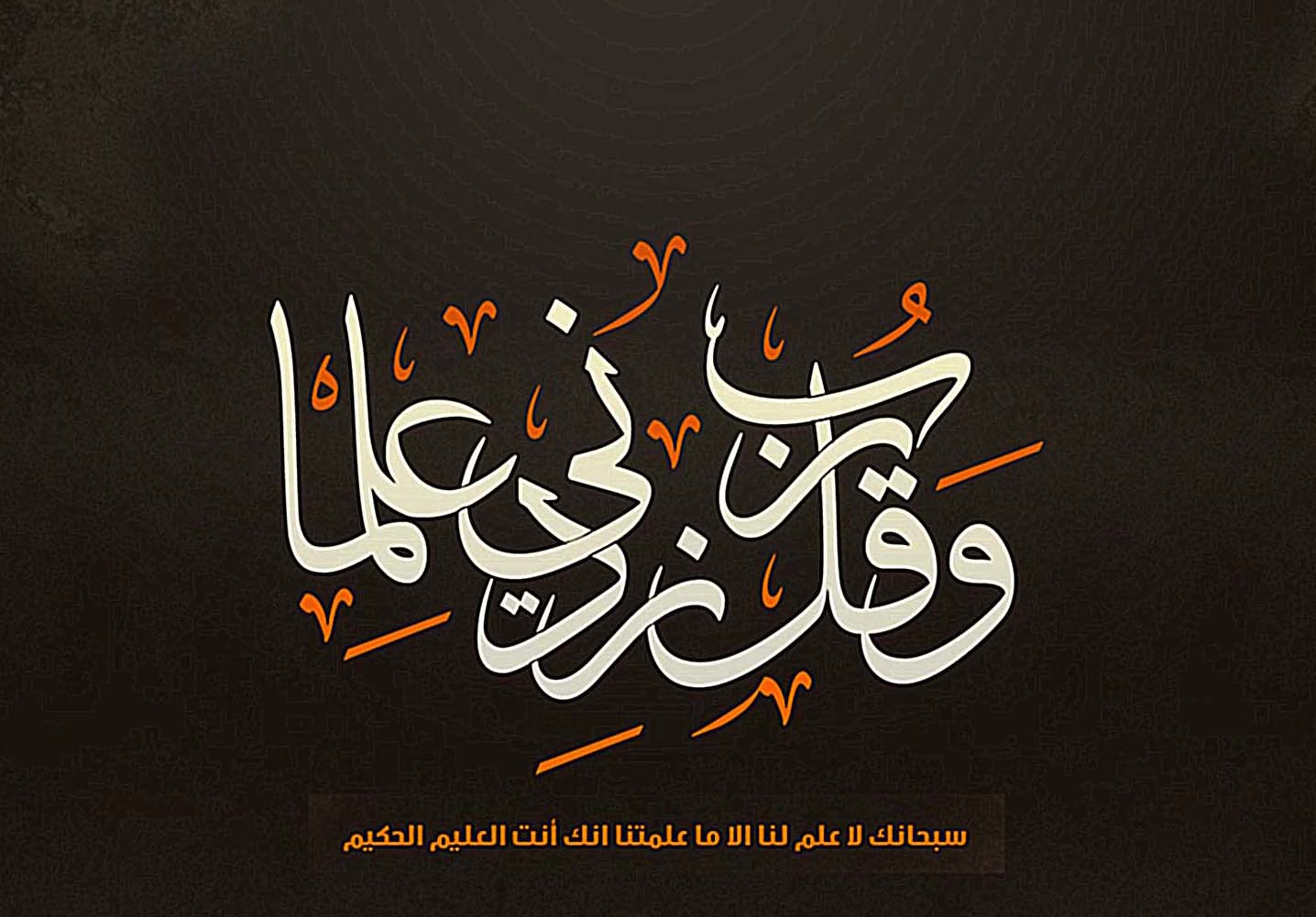 The path of Da`wah is a noble one.

Due to the great importance of da`wah (call to Islam), which was the vocation of all prophets, may Allah exalt their mention, anyone who wishes to assume this noble task should possess certain qualities and observe fundamental ethics. The following is a summary of those qualities and ethics as derived from the books of the scholars:

A caller to Allah should have deep faith in what he preaches, for the success of da`wah is contingent on the extent to which the caller believes in his mission and understands what it requires. Almighty Allah says:

Take them with determination and order your people to take the best of it. (Al-A`raf 7:145)

The Prophet (peace and blessings be upon him) was the best example in this regard. He was very determined to complete his mission and he did not allow himself to be tempted away from it or prevented from doing it.

A caller to the worship of Almighty Allah, more than anyone else, has to be close to Him to win His support and guidance. Sincerity is one of the most important signs of closeness to Almighty Allah. The sole intention of a caller to Allah must be to please Him by taking on this task. The caller should care for neither worldly possessions nor personal gain. He must keep away from showing off and pride.

The Prophet (peace and blessings be upon him) warned us against insincerity in the well-known hadith which was narrated by Muslim and others on the authority of Abu Hurayrah, where the Prophet informed us that one of the first three persons to enter Hell on the Day of Resurrection will be a man who studied religious knowledge and taught it to others and who used to recite the Qur’an. He will be brought to Almighty Allah and He will make known to him His favors and this person will recognize them. Then Allah will ask him whether he gave due thanks for these favors. In answer, this person will say that he studied religious knowledge and taught it and recited the Qur’an for Allah’s sake. However, Almighty Allah will tell him that he has lied, because he studied religious knowledge only for people to call him a scholar, and recited the Qur’an only for people to call him a good reciter of the Qur’an; he sought worldly recognition and he achieved that. Then he will be ordered to be dragged along on his face until he is cast into Hell. The previous hadith is just one of many texts that indicate the importance of sincerity in winning the pleasure of Almighty Allah, for He does not accept a good deed without it.

In addition to sincerity, a caller to the worship of Allah should seek to gain the love of Allah through frequent acts of worship, both obligatory and voluntary. In a hadith qudsi (divine hadith), Almighty Allah teaches us that “My servant does not draw near to Me with anything I love more than what I have made obligatory on him. And my servant continues to draw near to Me with supererogatory actions until I love him. When I love him, I become his hearing with which he hears, his seeing with which he sees, his hand with which he strikes, and his foot with which he walks. If he were to ask Me for something, I would give it to him. If he were to ask Me for refuge, I would give him refuge.” (Al-Bukhari)

Nothing could be better than to be loved, guided, and supported by Allah, the Lord of all worlds. A caller to the worship of Allah needs such a blessing in order to achieve his aim.

A caller should be adequately knowledgeable about the issues he deals with. Almighty Allah says:

Say, [O Muhammad] “This is my way; I invite to Allah with insight, I and those who follow me. And Exalted is Allah; and I am not of those who associate others with Him.” (Yusuf 12:108)

These are important factors. A caller who is not knowledgeable would lose credibility and lead people to distrust him and what he is calling them to. One must have sufficient knowledge to be able to teach others.

If the words of a caller to Allah do not correspond with his actions, or if he lacks uprightness, his preaching will have no credibility. Almighty Allah says:

Not only does such a person lose credibility, but Almighty Allah will also expose him on the Day of Resurrection. The Prophet (peace and blessings be upon him) told, in a hadith reported by Al-Bukhari and Muslim, that such a person would be brought on the Day of Resurrection and thrown into Hellfire so that his intestines would come out, and he would go around and around as a donkey goes around a millstone. The people of Hell will gather around him wondering why he ended up like this although he used to advise people to do good deeds and forbid them from bad ones. In reply, he will reveal to them that even though he used to encourage good deeds, he did not do them himself, and he used to forbid bad deeds, yet he did them himself.

Awareness is as fundamental as knowledge. A caller to the worship of Almighty Allah has to be fully aware of the prerequisites of da`wah in his time. He should also be aware of the nature and circumstances of his audience, as well as his own nature and circumstances. If the caller to Islam is not aware of these things, he will make mistakes and his call will meet total failure. Awareness is very important because plans and priorities are based on it, and it also deepens a caller’s insight.

The methods adopted by a caller to Allah should be wisely chosen so as to suit the person being advised. Almighty Allah says:

He gives wisdom to whomever He wills, and whoever has been given wisdom has certainly been given much good. And none will remember except those of understanding. (Al-Baqarah 2:269)

Invite to the way of your Lord with wisdom and good instruction. (An-Nahl 16:125)

The wisdom of a caller refers to his ability to choose the right approach for the right person in the right situation.

This quality is particularly important because it strengthens the relationship between a caller to Allah and people. Describing the character of the Prophet, Almighty Allah says:

He tells us in another verse about the significance of this quality in the field of da`wah, saying:

So by mercy from Allah, you [Muhammad] were lenient with them. And if you had been rude [in speech] and harsh in heart, they would have disbanded from about you. So pardon them and ask forgiveness for them and consult them in the matter. And when you have decided, then rely upon Allah. Indeed, Allah loves those who rely [upon Him]. (Aal-`Imran 3:159)

Good morals and manners are of great significance. In a sound hadith, Prophet Muhammad (peace and blessings be upon him) said that the believers “who have the most perfect faith are those with the best morals” (At-Tirmidhi). And he informed us in another sound hadith that “nothing will be heavier in the scale of a believer on the Day of Resurrection than good manners; and that Almighty Allah hates ill-tempered and foul-mouthed persons” (At-Tirmidhi). Consequently, a caller must endeavor to have good morals and shun bad manners.

Thinking well of Others

A caller to Allah should think well of fellow Muslims and only judge them according to what is apparent. This is because only Almighty Allah knows the intentions. In the Qur’an, He says:

O You who have believed, avoid much [negative] assumption. Indeed, some assumption is sin. And do not spy or backbite each other. Would one of you like to eat the flesh of his brother when dead? You would detest it. And fear Allah; indeed, Allah is Accepting of repentance and Merciful. (Al-Hujurat 49:12)

Hence, the Prophet warned us against suspicion, and he described it as worse than telling lies, as reported in a hadith narrated by Al-Bukhari and Muslim.

However, thinking highly of people does not mean being oblivious to their reality or overlooking their mistakes. Rather, it implies trying to interpret their words and actions in the best possible way. Also, thinking well of people does not contradict being cautious, as a believer ought to be intelligent and quick-witted.

Covering up the Faults of Others

Almighty Allah warns against spreading evil and immorality among the Muslim community and promises to punish those who do so. He says:

Indeed, those who like that immorality should be spread [or publicized] among those who have believed will have a painful punishment in this world and the hereafter. (An-Nur 24:19)

In this regard, it is sufficient to know the reward of covering a Muslim’s faults as mentioned in the hadith narrated by Muslim in which Prophet Muhammad informs us that Almighty Allah will cover up on the Day of Resurrection the defects and faults of the one who covers up the faults of others in this present life.

One should socialize and mix with people when it is good to do so and leave them when it is better to do so.

Due Respect for Others

Finally, a caller to the worship of Almighty Allah should consult his fellows, advise them, and cooperate with them; as the Qur’anic instruction goes:

Working in the field of da`wah requires cooperation and integration more than in any other field of endeavor. Describing the believers, Almighty Allah says:

And whose affair is [determined by] consultation among themselves. (Ash-Shura 42:38)

Moreover, Prophet Muhammad reportedly stated that the essence of Islam is sincere counseling and good advice for the sake of Allah, and to His Messenger, Muslim rulers, and the common people, according to a hadith narrated by Muslim.

All these qualities and morals are indeed indispensable for those who seek to guide others to Allah and achieve success in da`wah.

Taken with modifications from Islamweb.net.