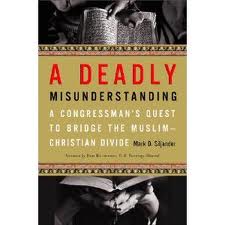 With its glamorous history, mix of European and Arab influences and liberal, cosmopolitan culture, Beirut had once been known as “the Paris of the Mideast.” But those days were long past. There was no mistaking the street where I stood: we were in the center of a war zone.

It was the fall of 1982. Israeli troops were poised all along the country’s southern border, ready to go in and wipe out the Palestinians who were dug in along that same border and determined to repel the Israelis at any cost. It was a standoff ready to explode at the smallest spark. I had just spent an hour visiting Camille Chamoun, the eighty-two-year-old Christian former president of Lebanon, hoping to get his read on the situation. The conversation had been inconclusive.

Chamoun’s house was located on the Christian side of the barren strip of scorched earth that divided Beirut into its two warring, irreconcilable halves: East and West, Muslim and Christian. The desolate strip of land had been dubbed, with an irony I’m sure nobody intended, the Green Line. I’d never seen anything less fertile, less evocative of life, less green, than this parched place.
We emerged and stood for a moment, blinking under the glare of the Mideastern sun and chatting with our Israeli security guard, when suddenly a shot rang out.

I should have ducked, but instead I froze. This was only my second trip to the Mideast, and I hadn’t yet acquired the war-zone reflexes that would come in the years to follow. Like a carpenter’s calluses or coal miner’s cough, a kind of hair-trigger vigilance comes with the territory, part and parcel of the seasoned diplomat’s trade. In central Africa, you learn how to cope with mosquitoes: in Beirut, you learn how to duck bombs and bullets. But as a freshman congressman just learning the ropes, I was pretty green myself, and I was still staring dumbly at the rubble-strewn streets, looking vaguely for the source of the sound when I was grabbed and yanked roughly to the ground—and a sharp pinnnggg! rang out, tearing a small cloud of dust from the wall just inches from where my head had been. The young Israeli dragged me ten or fifteen feet to a bus, pitched me in, and jerked the door closed. Palestinian snipers were closing in.

With the sound of my heartbeat pumping in my ears, one thought flooded through my racing brain: What the hell am I doing here?

Once the danger passed, I stayed on and surveyed the area for a while, climbing through the rubble, hoping to catch a clear glimpse of the PLO forces on the other side of the Green Line, the Muslim side. At the time, I didn’t realize what a vivid metaphor this effort was for the direction the rest of my life would take.

Suddenly I caught movement out of the corner of my eye, and the next moment I was staring into the barrel of an Uzi. I had stumbled onto an Israeli lookout post hidden among the rubble and a young Israeli soldier, having no way of knowing who or what I was, was about to blow my head off. Nobody was reading anyone any Miranda rights here—this was war, kill or be killed.

My reflexes were a little sharper this time, and fortunately I had learned a bit of Hebrew since my first trip to the Mideast some months earlier. I knew just enough to shout out, “B’vaka sha, ani esh-congress!” Please, I’m a congressman! The boy’s finger froze on the trigger and he slowly lowered his Uzi.
In a few short hours, I had nearly been killed twice, and whether delivered by a bullet from the Christian side or Muslim side of that deadly Green Line, my death would have been just as final. No matter which side of an armed conflict one supports, both sides are ultimately sponsors of the same end: destruction.
This is not a book about Beirut, but it is a book about a world rift by its own Green Line, split like a macrocosmic Lebanon into two warring, seemingly irreconcilable halves. More particularly, it is about the efforts of one man, clambering about the rubble straddling that pervasive Green Line, to peer over at the other side and see what ground the two sides might possibly share.
This was not the path I set out to follow twenty-five years ago, as a conservative Republican congressman and Evangelical Christian just entering the world of Washington politics. At the time, I believed that Islam was a religion of violence, that the Qur’an preached the destruction of all non-Muslims, and that the Qur’an and Islam were of the devil, as godless as the great evil of communism whose defeat was then the defining purpose of American foreign policy. I believed that Islam and Christianity were contradictory at their core, that the Eastern Islamic and Western Judeo-Christian cultures were irretrievably opposed to one another, and that the only possible solution to this conflict was the conversion of “them” so they would come to think like “us.” My worldview could not have been clearer or simpler—or more myopic.
In the years that followed I was led to question the truth of these axioms. In time, I learned that every one of them was utterly, categorically false. I learned that when we stop buying into our cultures’ prejudices, assumptions, and prevailing habits of thought and begin to investigate the texts of our different holy books in their original languages, conflicts between crucial terms and entire passages that have traditionally been viewed as irreconcilable begin to evaporate.
I learned that the deadly misunderstanding dividing our world today need not do so tomorrow.
What follows is not some new form of ecumenism or syncretism where Christians, Muslims, or anyone else is expected to give up cherished and long-held beliefs or creeds. It is rather a chronicle of one person’s search for a rich common ground that exists between these faiths and cultures. It has been a constant source of both astonishment and inspiration to find that this common ground is not some far-fetched ideal but is textually sound and eminently practicable. In some extremely delicate and hostile political situations, I’ve seen it work miracles.
In this play-list video, Mark D. Siljander comments on every chapter of his book.