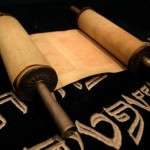 Enthusiastic to win the hearts and minds of more pagan converts, Christian authorities were prepared to make expensive concessions.

The first category includes what can be called ‘prophetic religions’ while the second embraces what are sometimes known as ‘non-prophetic religions’.(1) The former primarily refers to the three major religions: Judaism, Christianity and Islam.

Sometimes these three are called the three ‘monotheistic religions’ or the ‘Abrahamic religions’. They are called ‘prophetic’ because they believe in a divine guidance revealed to their Prophets.

The second category includes all the other major religions: Hinduism, Buddhism, Sikhism, and Zoroastrianism. Although the latter are considered non-prophetic, there is the unsubstantiated claim that Zoroastrianism has a divine origin.

Sikhism is a branch of Hinduism and the nature of the latter is very confusing, to the extent that A.S. Woodburne was compelled to write:

“Polytheism, henotheism, pantheism, and monotheism are all to be found within Hinduism, so that a thoroughgoing treatment of Hindu theology from the historical viewpoint would be a task for a corps of scholars who could devote years to the study”.(2)

Like Hinduism, the origins of Buddhism and Zoroastrianism can easily be brought into question; so is the reliability of the method by which their scriptures have been documented and subsequently transmitted.

The vast majority of believers in non-prophetic religions acknowledge the fact that their scriptures, although held sacred, are not authentic divine revelations, but rather the collections, writings, meditations, compilations, and sayings of revered – sometimes anonymous – men, passed down from one generation to another. As Professor John Blackie notes:

“Chronology and accurate history are well known to be the weak points of the Hindu literature: so we must not expect to start with any very well marked and formally authenticated memoirs of the great reformer of the Brahmanic religion(s)”(3)

How Christianity Came into Existence

A fact which may come as a surprise to many is the discovery of pagan imprints on the complexion of Christianity.

A number of prominent historians and anthropologists, whose names and quotations will be cited shortly, maintain that early Christianity, although originally monotheistic, later on assimilated and retained many forms and symbols of paganism, most conspicuously the Trinitarian Godhead.

The well-known Italian historian of religion, Raffaele Pettazzoni, meticulously treated the Trinity problem in his study The Pagan Origins of the Three-Headed Representation of the Christian Trinity. Pettazzoni first points out that “the existence of representations of a tricephalous (triple-headed) god from one end to the other of barbarian Europe is of importance in relation to the genesis of the three-headed image of the Christian Trinity”.(7)

On the evidence available, Pettazzoni believed that there was “a positive contribution to the genetic problem of the three-headed type of the Christian Trinity, as having a pagan origin”. He further asserted:

“This theory was strengthened by the discovery of a number of iconographic representations of the Gallic tricephalous (triple-headed) god on Gallo Roman Monuments”.

Another scholar is Professor Timothy E. Gregory from Ohio University. A specialist in Byzantine history and classical archaeology, Gregory brings to our knowledge archaeological evidence confirming the survival of Greek paganism into early Christianity. He contends that in the light of available evidence “it seems rash to dismiss the likelihood that some aspects of paganism would survive into Greek Christianity”. Evidence includes the conversion of pagan temples into churches, the proximity of many early Christian  basilicas to important pagan sanctuaries, Christian tombstones showing converts who retained their pagan names, and most importantly religious forms within paganism and Christianity that are remarkably parallel.

“Indeed”, says Gregory, “we should be very surprised if such were not the case in any situation where one religion replaced another…There are, then, many reasons to expect the survival of paganism well into the Byzantine period. What is more difficult to understand is the means by which elements of paganism made their way into Christian practice and belief”.

Enthusiastic to win the hearts and minds of more pagan converts, Christian authorities were prepared to make expensive concessions, as Gregory concludes:

“Christianity came to accommodate points of view that were fully acceptable to the sentiments of those who had previously been pagans”.

Finally, I quote Joseph P. Widney whose summary of the subject at hand is of prime significance:

“The Latin Church of the West, fostered under the molding influence of the native polytheisms, developed, of all, the widest divergence from the primitive monotheism of the Old Testament, and from the simple teachings of Jesus of Nazareth. Here, the One God of Abraham became not One, not Three, even, but many. With Father, Son, Holy Spirit, Virgin, and adoration of innumerable Saints, practically a theogony was built up rivalling that of the plains of the Ganges”.(5)

Judaism is no exception. Like Christianity, Judaism claims a strong identification with monotheism. This indeed was the case before these two underwent direct and indirect adulteration. In the forthcoming pages the reader will be introduced to what has come to be known as conventional religion. Conventional religion may be the invention of the people, a distorted or misinterpreted version of true religion, or an alloy of both. As we’ll see, there is strong evidence that Judaism is a religion that is pregnant with many of the symptoms characteristic of conventional religion.

In addition to containing flagrant anthropomorphic depictions of God, early Judaism incorporated various pagan symbols. I will refer to one study supporting this conclusion.

Dr. Jacob Neusner is a research associate in Jewish History at Philip W. Lown Institute of advanced Judaic studies at Brandies University. Drawing on many religious and historical sources, Dr. Neusner published a study (1963), wherein he maintained that “a century after the fall of Jerusalem (after 70 C.E.), pagan symbols of various kinds were apparently widespread in Jewish public buildings and graves”.

In that era, “Jewish use of formerly ignored pagan symbols was generally characteristic of all of Judaism”, notes Dr. Neusner who wonders “why some Jews apparently began to use symbols of mystical significance borrowed from entirely pagan sources, and how such usage was congruent with the policies of the tannaim”. Dr. Neusner then concludes:

“We are faced, therefore, with the problem of explaining why the corpus of pagan symbols, most of which were related in some way to the salvation of man and his achievement of unity with the Godhead, was appropriated by Jews for Jewish religious purposes”.(2)