Islam discourages wasting time in aimless matters for actually it is wasting our lives, and it opens the door for more evils. The true Muslim should avoid wasting his time in useless conversations and idle talks, and invest his free time in doing more good productive deeds that will last forever. 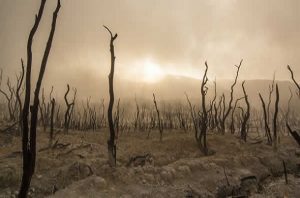 One should be careful not to speak ill of others behind their backs, reveal their shortcomings and mistakes.

It is unlawful for Muslim men and woman to be involved in lustful conversation. The prophet indicated that lustful talk is the adultery of the tongue for it might lead to committing adultery. Allah (Exalted be He) forbids believers from approaching adultery by committing any deed that might lead to it. The Qur’an states:

Do not approach adultery for it is indeed a heinous sin that leads to an evil way. (Al-Israa’ 17:32)

Women in particular should avoid softening their voices when talking to men so that those men who have disease in their hearts will not think wrong about them. In the Qur’an Allah addresses the wives of the Prophet who were the examples for every Muslim woman :

And be not soft of speech, lest he in whose heart is a disease should aspire to you; and say only honorable speech. (Al-Ahzab 33:33)

It is the same evil desire that one finds pleasure and satisfaction in relating or listening to imaginary love romances, or the stories about other peoples’ lawful or unlawful sexual relations. Moreover, the Prophet Mohammad also prohibited women from describing the beauty of other women before their husbands.

One should be careful not to speak ill of others behind their backs, reveal their shortcomings and mistakes, or disclose their secrets, imperfections, or private matters, even if what he is saying is the truth.

Once the Prophet Mohammad (peace be upon him) asked his companions, ”Do you know what backbiting is?” They said, ”Allah and His messenger know better.” He said, ”You mention your brother with that which he dislikes.” They asked, ”Even, if the defect I am mentioning is in him?” He said, ”If it is in him this is backbiting, and if it is not in him that is false accusation.” (Muslim)

Backbiting is a tool of destruction of one’s self and others.

No wonder the Qur’an states that backbiting is as disgusting as eating the flesh of one’s dead brother. Allah (Exalted be He) says in the Qur’an:

Nor speak ill of each other behind their backs. Would any of you like to eat the flesh of his dead brother? Nay you would abhor it; but fear Allah for Allah is Oft-Returning Most Merciful. (Al-Hujurat 49:12)

It is not appropriate for a believer to mock at others, or laugh at their imperfections, for Allah says in the Qur’an :

It is reported that `Abdullah ibn Mas`ud had thin legs. Once his leg was uncovered. Upon seeing his leg some people laughed, whereupon the Prophet asked, ”Are you laughing at his leg? By Him in whose hand is my soul, his leg in the scale of Allah is heavier than the mountain of Uhud.” (Ahmad and others)

The article is excerpted from the author’s  “The True Muslim” , published by Islam Presentation Committee (IPC), Kuwait.

3 thoughts on “How to Avoid Useless Conversations and Idle Talks”

This is great information and a good reminder for all of us! It is out of sheer habit that we begin idle talk. Sometimes it is because we are lonesome or just need someone to talk with..but that conversation should In Shaa Allah, be beneficial and useful.

Assalamu’alaikum. There’s a minor mistake on putting the number of aayah. It should be *Surah Al-Ahzab, Ayah 32.

In that paragraph was written, ayah 33.