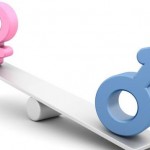 It is not true that two female witnesses are always considered as equal to only one male witness.

Why are two witnesses who are women, equivalent to only one witness who is a man?

1. Two female witnesses are not always considered equal to one male witness.

There are no less than three verses in the Qur’an which speak about witnesses without specifying man or woman.

a) While making a will of inheritance, two just persons are required as witnesses. The Glorious Qur’an says:

Oh you who believe! When death approaches any of you, (take) witnesses among yourself when making bequests, – two just persons of your own (brotherhood) or others from outside if you are journeying through the earth and the chance of death befalls you. (Al-Ma’idah 5:106)

b) Two persons endued with justice in case of divorce (talaq).

We read in the Qur’an what means:

And take for witness two persons from among you, endued with justice, and establish the evidence (as) before Allah. (At-Talaq 65:2)

c) Four witnesses are required in case of charge against chaste women.

We read in the Qur’an what means:

And those who launch a charge against chaste women, and produce not four witnesses (to support their allegations) flog them with eighty stripes; and reject their evidence even after: for such men are wicked transgressors. (An-Nur 24:4)

2. Two female witnesses are equal to one male witness only in financial transactions.

Oh! you who believe! When you deal with each other, in transactions involving future obligation in a fixed period of time reduce them to writing and get two witnesses out of your own men and if there are not two men, then a man and two women, such as you choose, for witnesses so that if one of them errs the other can remind her. (Al-Baqarah 2:282)

This verse of the Qur’an deals only with financial transactions. In such cases, it is advised to make an agreement in writing between the parties and take two witnesses, preferably both of which should be men only. In case you cannot find two men, then one man and two women would suffice.

For instance, suppose a person wants to undergo an operation for a particular ailment. To confirm the treatment, he would prefer taking references from two qualified surgeons. In case he is unable to find two surgeons, his second option would be one surgeon and two general practitioners who are plain MBBS doctors.

Similarly in financial transactions, two men are preferred. Islam expects men to be the breadwinners of their families. Since financial responsibility is shouldered by men, they are expected to be well versed in financial transactions as compared to women. As a second option, the witness can be one man and two women, so that if one of the women errs the other can remind her. The Arabic word used in the Qur’an is ‘tadila’ which means ‘confused’ or ‘to err’. Many have wrongly translated this word as ‘to forget’. Thus financial transactions constitute the only case in which two female witnesses are equal to one male witness.

3. Two female witnesses are equal to one male witness even in the case of murder.

However, some scholars are of the opinion that the feminine attitude can also have an effect on the witness in a murder case. In such circumstances a woman is more terrified as compared to a man. Due to her emotional condition, she can get confused.

4. Qur’an clearly specifies that one female witness is equal to one male witness.

And those who launch a charge against their spouses, and have (in support) no evidence but their own – their solitary evidence can be received. (An-Nur 24:6)

5. Solitary witness of `Aishah (may Allah be pleased with her) is sufficient for Hadith to be accepted.

`Aishah (may Allah be pleased with her), the wife of the beloved Prophet, has narrated no less than 2220 hadiths which are considered authentic only on her solitary evidence. This is sufficient proof that one witness of a woman can also be accepted.

Many jurists agree that even one witness of a woman is sufficient for the sighting of the crescent of the moon. Imagine one woman witness is sufficient for one of the pillars of Islam, i.e. fasting and the whole Muslim community of men and women agree and accept her witness! Some jurists say that one witness is required at the beginning of Ramadan and two witnesses at the end of Ramadan. It makes no difference whether the witnesses are men or women.

6. Female witnesses are preferred in some cases.

Some incidents require only female witness and that of a male cannot be accepted. For instance, in dealing with the problems of women, while giving the burial bath i.e. ‘ghusl’ to a woman, the witness has to be a woman.

The seeming inequality of male and female witnesses in financial transactions is not due to any inequality of the sexes in Islam. It is only due to the different natures and roles of men and women in society as envisaged by Islam.

Taken with kind permission from www.irf.net