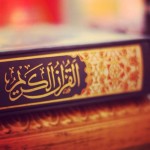 The Qur’an is the rope of Allah which all Muslims should hold fast together.

When all the Muslims follow one and the same Qur’an then why are there so many sects and different schools of thoughts among Muslims?

1- Muslims Should be United

It is a fact that Muslims today, are divided amongst themselves. The tragedy is that such divisions are not endorsed by Islam at all. Islam believes in fostering unity amongst its followers.

And hold fast, all together, by the rope which Allah (stretches out for you), and be not divided among yourselves. (Aal `Imran 3:103)

All the Muslim should follow the Qur’an and authentic hadiths and be not divided among themselves.

2. It Is Prohibited to Make Sects and Divisions in Islam

As for those who divide their religion and break up into sects, you have no part in them in the least: their affair is with Allah: He will in the end tell them the truth of all that they did. (Al-An`am 6:159)

In this verse Allah (Exalted is He) says that one should disassociate oneself from those who divide their religion and break it up into sects.

But when one asks a Muslim, ‘who are you?’, the common answer is either ‘I am a Sunni, or ‘I am a Shiite. Some call themselves Hanafi, or Shaf`i or Maliki or Humbali. Some say ‘I am a Deobandi’, while some others say ‘I am a Barelvi’.

3- Our Prophet was a Muslim

One may ask such Muslims: ‘Who was our beloved Prophet (peace be upon him)?’ ‘Was he a Hanafi or a Shafi`i, or a Hanbali or a Maliki?’ No! He was a Muslim, like all the other prophets and messengers of Allah before him.

It is mentioned in the Qur’an that Jesus (peace be upon him) was a Muslim:

When Jesus found unbelief on their part he said: ‘Who will be my helpers to (the work of) Allah?’ Said the disciples: ‘We are Allah’s helpers: We believe in Allah, and do bear you witness that we are Muslims. (Aal `Imran 3:52)

Further the Qur’an says that Ibrahim (peace be upon him) was not a Jew or a Christian but was a Muslim:

Ibrahim was not a Jew nor a Christian but he was (an) upright (man), a Muslim, and he was not one of the polytheists. (Aal `Imran 3:67)

a- If anyone poses a Muslim the question who are you, he should say ‘I am a Muslim, not a Hanafi or a Shafi`I’.

Who is better in speech than one who calls (men) to Allah, works righteousness, and says: ‘I am of those who bow in Islam (Muslim)?’ (Fussilat 41:33)

b- The Prophet (peace be upon him) dictated letters to non-Muslim kings and rulers inviting them to accept Islam. In these letters he mentioned the verse of the Qur’an:

5. Respect all the Great Scholars of Islam

We must respect all the great scholars of Islam, including the four Imams; Imam Abu Hanifah, Imam Shafi`i, Imam Hanbal and Imam Malik (may Allah be pleased with them all). They were great scholars and may Allah reward them for their research and hard work. One can have no objection if someone agrees with the views and research of Imam Abu Hanifah or Imam Shafi`i, etc. But when posed a question: ‘who are you?’, the reply should only be ‘I am a Muslim’.

Some may argue by quoting the hadith of our beloved Prophet from Sunan Abu Dawud, where the Prophet is reported to have said: “My community will be split up into seventy-three sects”.

This hadith reports that the Prophet predicted the emergence of seventy-three sects. He did not say that Muslims should be active in dividing themselves into sects. The Qur’an commands us not to create sects. Those who follow the teachings of the Qur’an and Hadith, and do not create sects are the people who are on the true path.

“My Ummah will be fragmented into seventy-three sects, and all of them will be in Hell fire except one sect.” The companions asked Allah’s Messenger which group that would be. Where upon he replied: “It is the one to which I and my companions belong.” (At-Tirmidhi)

The Qur’an mentions in several verses: “Obey Allah and obey His Messenger” (An-Nisaa’ 4:59)

A true Muslim should only follow the Qur’an and the Hadith. He can agree with the views of any scholar as long as they conform to the teachings of the Qur’an and Hadith. If such views go against the Word of Allah, or the Sunnah of His Prophet, then they carry no weight, regardless of how learned the scholar might be.

If only all Muslims read the Qur’an with understanding and adhere to authentic Hadith, in sha’ Allah (God willing) most of these differences would be solved and we could be one united Muslim Ummah.

The article is an excerpt from Dr. zakir Naik’s book ‘Most Common Questions asked by Non-Muslims’.

One thought on “Islam, Sects and Different Schools of Thought”

this article is very important to the entire Muslims all over the world. please read it and send it to other Muslim brothers through any means of communication for the sake of Allah. I personally, benefited with it and I am going to use it as an instrument of uniting the Muslim Ummah. Thank you very much.