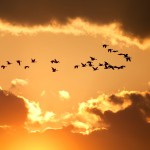 A Muslim is any person anywhere in the world whose obedience, allegiance, and loyalty are to God.

The name of this religion is Islam, the Arabic root of which is “silm” or “salam”, both meaning peace. “Salam” may also mean greeting one another with peace.

A Muslim is supposed to live in peace and harmony with all these segments. Hence, a Muslim is any person anywhere in the world whose obedience, allegiance, and loyalty are to God, the Lord of the universe, and to the innate harmony of His Creation. Thus, Islam is a total system of living.

The followers of Islam are called Muslims. Muslims are not to be confused with Arabs. Muslims may be Arabs, Turks, Persians, Indians, Pakistanis, Malaysians, Indonesians, Europeans, Africans, Americans, Chinese, Russians, or other nationalities.

An Arab could be a Muslim, a Christian, a Jew, or an atheist. Any person who adopts the Arabic language is called an Arab. However, the language of the Qur’an (the Revealed Book of Islam) is also Arabic. Muslims all over the world try to learn Arabic so that they may be able to read the Qur’an and understand its meaning.

Although personal supplications can be in any language, Muslims pray their five required daily prayers in the language of the Qur’an, namely Arabic, which is also, and perhaps not by coincidence, one of the most stable, sophisticated, and beautiful languages in modern history.

Thus, whereas some religions have their liturgical languages (such as the Catholics used to have Latin), the Muslims are blessed with more than that. The Muslims have a “revelatory language”, the unchanged and incorruptible language in which the Qur’an was actually received.

The Prophet Muhammad (peace be upon him) was confronted and entranced by the Angel Gabriel off and on over a period of years in both Makkah and Medina, and all of these segments of the Qur’an were immediately dictated to his Companions.

Yet, even though there are more than a billion Muslims in the world, there are only about two hundred million Arabs, of whom about ten percent are not Muslim. Thus, Arab Muslims constitute only about twenty percent of the Muslim population of the world.

Allah, the One and Only God

Although Allah is the name of the One and Only God, we may call Him by ninety-nine other beautiful names, such as: The Gracious, The Merciful, The Beneficent, The Creator, The All-Knowing, The All-Wise, The Lord of the Universe, The First, The Last, and others.

He is the Creator of all human beings. He is the God for the Christians, the Jews, the Muslims, the Buddhists, the Hindus, the atheists, and others. Muslims put their trust entirely in Allah, and they seek only His help and only His guidance.

Muhammad (peace be upon him) was chosen by God to deliver His message of peace, namely Islam. Muhammad was born in 570 C.E. (Christian or Common Era), in Makkah in Arabia. He was entrusted with the message of Islam when he was at the age of forty years. The revelation that he received is called the Qur’an, while the message is called Islam.

Muhammad is considered to be the summation and the culmination of all the prophets and messengers that came before him. He purified the previous messages from adulteration and completed the message of God for all humanity.

He was also entrusted with the power of explaining, interpreting, and living the teachings of the Qur’an. When asked why he did not perform miracles as other prophets before him were said to have done, he replied that the Qur’an was his miracle.

The Sources of Islam

The legal sources of Islam are the Qur’an and the Hadith. The Qur’an contains the exact words of God- its authenticity, originality, and totality are intact.

The Hadith are reports by Companions of Muhammad of indisputable integrity of the sayings, deeds, and explanations of the Prophet Muhammad. The Prophet’s sayings and deeds themselves are called “Sunnah”. Those related to explication of verses of the Qur’an are considered binding upon all Muslims.

Those Hadith related to Prophet Muhammad’s dress and personal behavior as an Arab are considered optional. However, the “seerah”, or writings of followers of Muhammad about his life and actions, provide examples of daily living for Muslims.

Muslims, or those who wish to convert to Islam, must agree to and hold the following beliefs as inviolable:

He is One and the Only One. He is not two-in-one or three-in-one. This means that Islam rejects the idea of a trinity, a son of God, or any man-god. By implication, people are created equal in front of the Law of God. There is no superiority for one race over another.

However, God has created the races with different ethnic cultures, colors, languages, beliefs, and skills, so as to interest and inspire one another. The Qur’anic teaching is that the different races are meant to be complementary, not confrontational. The concept is global, not tribal.

Christians, Jews, and Muslims are all “People of the Book“. All have received teachings revealed directly from God, and perhaps others before them have received revealed Books as well, even though their books may have been lost or fragmented.

The Qur’an, being the only fully authentic and unchanged of the revealed Books, is considered the final treasure given to mankind. Further advice is not needed, only deeper understanding of divine advice already given in the Qur’an, as well as earlier books. Muslims are required to believe in and respect all revealed Books that have descended to mankind throughout its history.

God promised in the Qur’an to protect its contents until the end of history, and evidence of that protection can be found in the thousands and thousands of children, as well as devout adults, who can recite the entire Qur’an by memory, from cover to cover, as well as the millions who can and do recite portions of it every day of their lives.

3- The Prophets of God

Muslims believe that God sent different messengers throughout the history of mankind. All came with the same message and the same teachings. It was the people who misunderstood and misinterpreted them.

Muslims believe in, among others, Adam, Noah, Abraham, Isaac, Ismail, Jacob, Moses, David, Jesus, and Muhammad. The prophets of Christianity and Judaism are indeed the Prophets of Islam. Even the Buddha may have been a prophet whose original teachings were lost or corrupted, since the Qur’an states that many prophets unknown to modern history also brought revealed Books and teachings. The Hindu Vedas may have been fragments of the Book brought by Abraham (Brahmanism).

The Qur’an was revealed and taught to Prophet Muhammad through the agency of the Angel Gabriel. The Prophet tells many stories in his Hadith about angels appearing in the world.

5- The Day of Judgment

Muslims believe that there is a Day of Judgment when all people of the world throughout the history of mankind till the last day of life on earth, are to be brought for accounting, reward, and punishment.

To that end, the Islamic rituals and actions have been given by God to the Prophet, and thence to all the Muslims, to protect and sharpen Muslims’ remembrance of the Last Day.